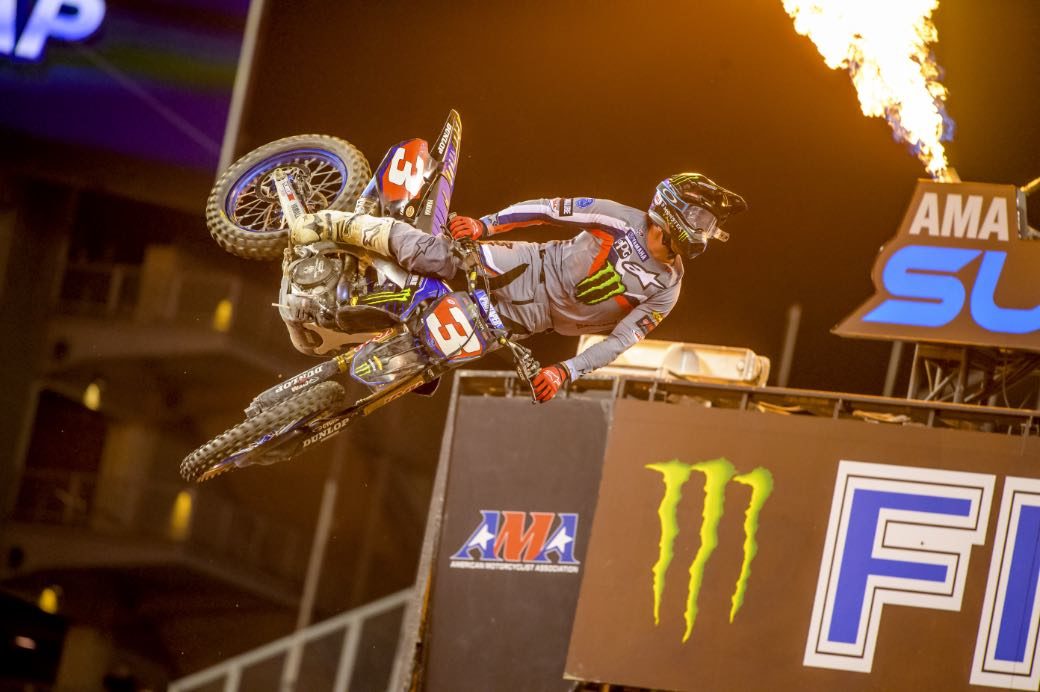 Eli Tomac, Hunter and Jett Lawrence are all in for the 2022 (39th edition) Paris Supercrossas it returns to its usual high standard as it presents champions from the American AMA Supercross championship.

This goal is accomplished with the confirmation that the new 2022 US SX Champion, the legendary Eli TOMAC, will compete at the Paris Arena La Defense next November 11th and 12th on his Monster Energy Star Racing Yamaha. The 2022 East 250 champion and rising planetary superstar Jett Lawrence, as well as his brother and American Honda team-mate, 2022 West vice-champion Hunter Lawrence, will join him behind the gate, and other exciting announcements will soon follow. So Paris is “back to normal”, and it feels good!

“Last year, due to the [health] situation, we had to change to a one-day format and a whoops-less track, as we had mostly GP riders on our line-up,” explains Xavier Audouard, the Event’s Sports Director.

“It was still great, the riders and the fans played the game but, obviously, we needed to go back to our normal standard, this time. So it is a huge goal to be able to get the new US champion, those are hard to get! Since 2000 we were able to accomplish that goal only with Jeremy McGrath (in 2000), James Stewart (in 2009) and Jason Anderson (in 2018). So to be able to present one of the very best champions ever, Eli TOMAC, is just fantastic! Eli raced our event twice and was actually King of Paris in 2014 but it was at a different venue, in Lille. This time I’m sure he will delighted with the Paris Arena La Defense, which is arguably the best venue in Europe for that type of event: US track dimensions, new, modern stadium, covered and heated.”

“Jett and Hunter LAWRENCE were entered last year but the change of date and the restrictions made it impossible for them to attend”, indicates Audouard. “So this time we are actually even more excited to have them participate to their first -of hopefully many- Paris SX! Jett has already two US titles and Hunter is the current West vice-champion, with a lot of race wins. They have undoubtfully a great future and will give that exotic Australian touch to our traditional US vs French line-up. Overall we could not be happier to announce such champions at an early date. But more exciting announcements will come soon, stay tuned!”

Sébastien Poirier, President of the French Federation: “The Paris Supercross is a strategic event for the benefit of our Sport, both in France and abroad. Lariviere Organisation organised it last year under tough conditions, it was important to maintain this tradition. This year it is ‘back to normal’ for the 39th edition, with the international 450 Class and our French National SX Tour for the 250 class. The FFM is glad to be, once again, associated with this Classic event that our French fans cheer so much.”