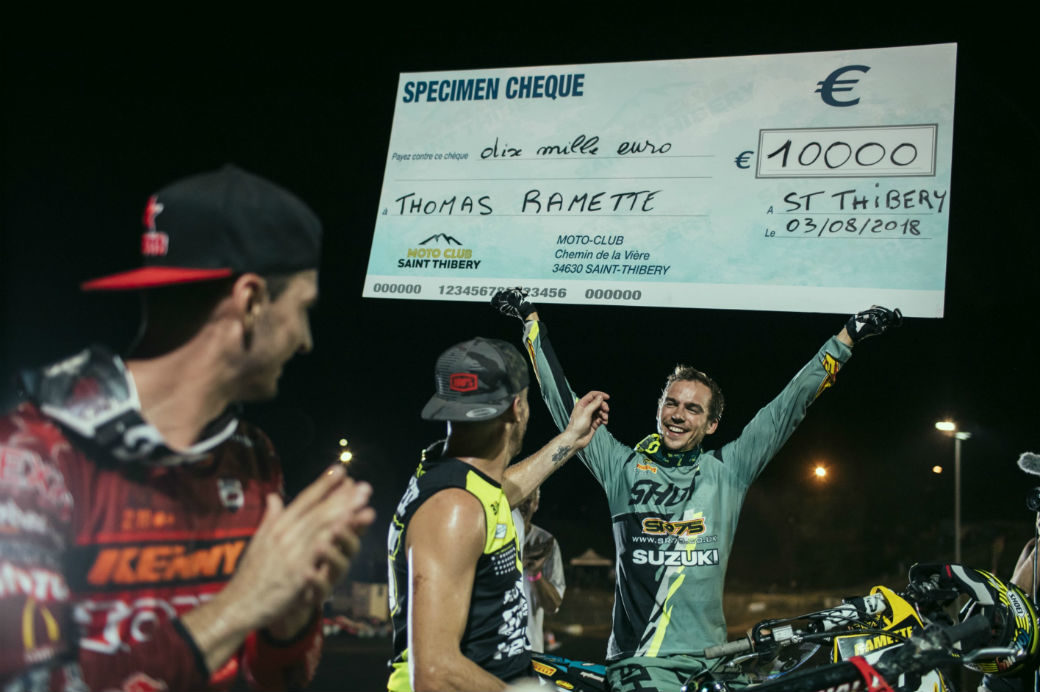 Running a three-final format with two Main Events and a showdown head-to-head race, an incredible 10,000 was up for grabs for any rider who could sweep all three. Thomas – who’s only just returning from a knee injury sustained in Vegas at the start of May – stepped up to the plate and did exactly that on his RM-Z450.

After qualifying third his evening didn’t get off to the greatest of starts when he was closed out in the opening turn of race one. What he may still be lacking in fitness is compensated for by a great racing brain and he worked his way to the front to take the win.

The head-to-head pitted Thomas against Adrien Escoffier and after winning that the pressure was really on but, as we’ve seen time and time again, he’s got a cool head on his young shoulders and he didn’t put a wheel wrong in the final race.

“This is an incredible feeling,” he said. “I knew I had to start strong tonight to try to take the triple and when I came out of the first turn of the first final almost last I had a big work on my hands to make it to
the front.

“This feels amazing to make this progress in only two weeks and with last week’s triple win followed by this incredible night I am so happy for my team, for Suzuki and for all our team partners around the world.”

“Thomas has once again proved his class and the class of this team and the Suzuki RM-Z450 SR75 machine we put together. His control since his return is brilliant and his work has been phenomenal to arrive back at this level. This was a well-deserved victory for TR6 and we will enjoy it in our own style.”