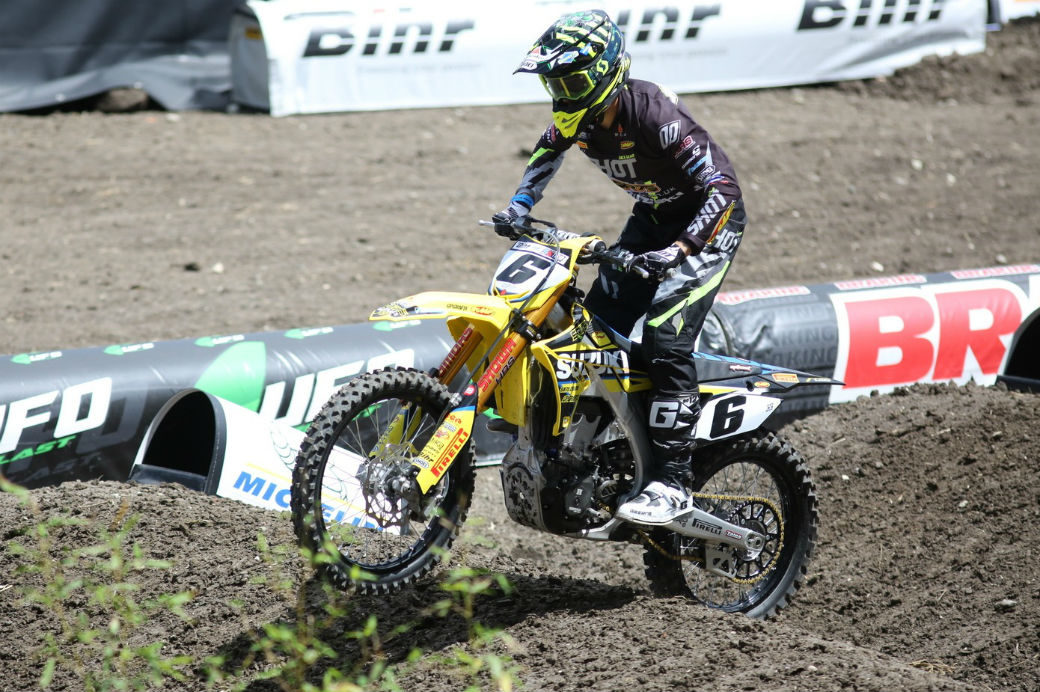 SR75 Suzuki’s Thomas Ramette shrugged off a knee injury sustained at the Las Vegas SX at the start of May to race to an incredible second-placed finish at the opening round of the French SX Tour at the Stade Marcel Michelin in Clermont-Ferrand.

Thomas, the defending champion, wasn’t expected to race until round two in August but after testing just two days before round one declared himself fit enough to compete.

A solid third in qualification, he holeshot his heat and rode a controlled race to book his place in the Main Event.

He took another holeshot in the final and opened up a lead before almost two months of inactivity started to show and he dropped back to second.

“This is an incredible feeling,” he said. “To be here was not possible just a few days ago so to take second is a dream.

“I am very happy and I did not expect to rise to this level after the struggle since Las Vegas.

“My body is strong and my bike was amazing.

“It was great to pull some holeshots and to run in the front of the final.

“The injury is tough because I know my pace is a lot higher than I had tonight but we will keep working hard.

“To begin like this shows how strong I feel and how we are in our team – we don’t ever give up.

“Thanks to everyone who has helped me get on track in every aspect.

“I will recover the injury with some time and come into round two stronger.”