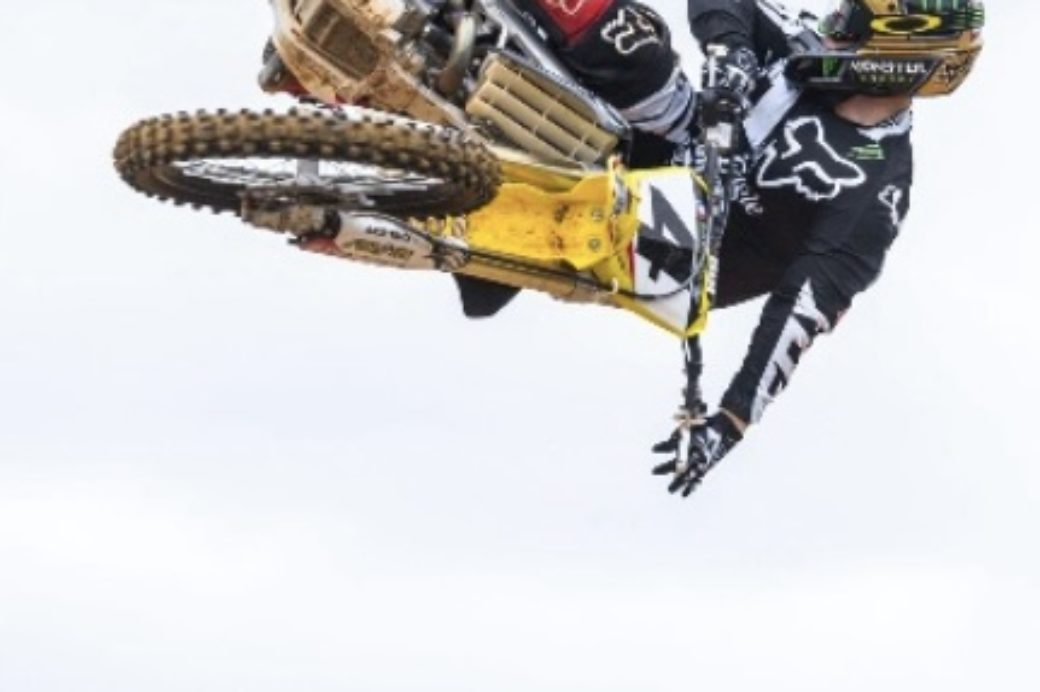 The greatest motocross rider of all time, Ricky Carmichael, will ride at the Australian Open of Supercross (AUS-X open) along with current AMA superstar Cooper Webb, inside the Allphones Arena at Sydney Olympic Park this November 28 and 29.

Carmichael is the undisputed king of two wheels, with a record 15 world titles to his name, including ten in motocross and five in Supercross; while Webb is arguably one of the hottest young AMA World Supercross talents having already won a raft of championships and races at the top level of international Supercross, all at just 19 years of age.

Carmichael will head down under to take part in a head to head match up with long time rival and two-time world champion Chad Reed; in a unique one-on-one showdown that has been specially added to the event’s schedule.

“I’m pumped to be heading to Sydney to ride at the AUS-X Open in front of a packed out Aussie crowd, as well as alongside Australia’s greatest rider in Chad Reed,” stated Carmichael.

“The track looks insane and the fans are going to be in for an awesome show. It will be really cool to be apart of it across both days.”

“I’ll be trying to meet as many fans as possible on each night so make sure you head down and say G’day!”

Carmichael’s attendance is a massive coup for the event which has sold out it’s Saturday event in record timing.

Meanwhile Webb will go head-to-head with Chad Reed and Australia’s best Supercross riders at Allphones Arena and the 19-year-old, from Newport, North Carolina, is relishing the opportunity to take on the Aussie contingent.

“I’m pumped to be heading to Sydney this weekend to race against Chad and the rest of the Aussie riders, in what looks like an awesome stadium track setup,” exclaimed Webb.

“I’ve never travelled as far as Australia before so I’m looking forward to checking out the sights in Sydney, but more so putting on a huge show for the crowd and hopefully walking away with the winner’s trophy.

“It’s going to be hot in Sydney and the Aussie riders race hard, so expect some intense battles and bar banging this weekend!”

Webb turned pro in 2013 and since then has won several AMA Supercross events and was crowned the 2014 AMA Supercross Rookie of the Year, before going on to dominate this year’s 250 West Coast Supercross Championship winning six of the series eight rounds.

The AUS-X Open is set to be the greatest action sports spectacular Australia has ever seen, with free access to the pit paddock for all ticket holders found within the Monster Energy Pit Party, FMX demonstrations, DJs, fireworks, cheerleaders and of course, the Supercross racing and FMX ‘Best Trick’ competition, featuring the world’s best FMX riders.

Riders will be battling for over $150,000 in prize money across the Supercross and Freestyle Motocross ‘Best Trick’ disciplines at the 2015 AUS-X Open, with the ‘Best Trick’ element the only one of it’s kind in the world in 2015, and the first-ever to be held in Australia.

AUS-X Open management is still yet to receive any formal correspondence from James Stewart, his management or his team regarding his attendance this weekend and are using all endeavours to ensure Stewart attends the AUS-X Open this weekend.

“We have fought long and hard on behalf of the fans to ensure James Stewart competes, or at the very least attends the AUS-X Open Event this weekend. We have had a binding contract with him since March to compete on November 28 & 29, but not formally heard from James Stewart, his management or his team since his accident in France. We are using all endeavours to ensure he honours his agreement and attends the AUS-X Open,” stated Event Director – Adam Bailey.

After a complete sell-out, a second AUS-X Open event was announced for Sunday November 29. A complete replica of night one, this second opportunity offers fans who missed out on the chance of a lifetime to see the world’s best Supercross and FMX athletes go head to head in one of Australia’s premier indoor venues.

Tickets are available through Ticketek (www.ticketek.com.au). For more event information go to www.ausxopen.com

A partnership has also been formed with airline Virgin Australia. Travellers can save 10% on their flights to Sydney by booking via the portal on the AUS-X Open website home page www.ausxopen.com