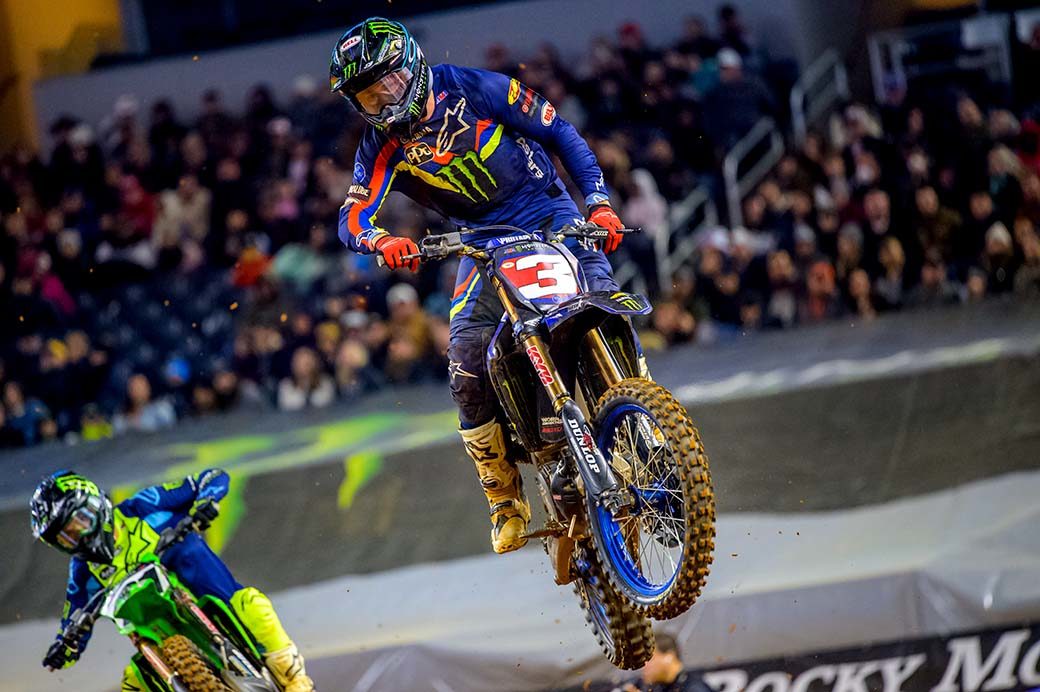 In addition, 2020 World Supercross Champion Eli Tomac is confirmed to compete in the first Championship round as a wildcard entry.

Making history under lights at the iconic Principality Stadium in Cardiff, Wales, round one of the 2022 FIM World Supercross Championship is one of the most anticipated supercross events in the history of the sport. Fans will experience the world’s best supercross riders battle for world championship glory at the largest, most prestigious competitive action sports event ever held in the UK.

“I’m pumped to be heading to Cardiff to compete in the FIM World Supercross British Grand Prix. It’s a huge opportunity for fans to witness world championship supercross for the first time, and I’m excited to be part of such a historical moment for the sport.” said Eli Tomac, 2020 FIM World Supercross Champion. “While I’m definitely looking forward to going head to head with Ken, I also know there’s going to be a bunch of fast, talented riders from around the world all lining up for their shot at a world championship. It’s going to be an epic battle for certain.”

“Our mission with WSX is to elevate supercross to a truly global audience and give international fans the opportunity to experience this incredible sport at a world championship level,” said Adam Bailey, managing director – Motorsport for SX Global. “As the kick-off to this global Championship, the British Grand Prix marks a momentous occasion for supercross, and fans will see the likes of Roczen, Tomac, and a host of other world-class riders go head-to-head for the first time in a FIM world Supercross in the UK!”

“We’re thrilled that Principality Stadium has been chosen to host round one of the FIM World Supercross Championship,” said Mark Williams, Principality Stadium manager. “Hosting the first round of the WSX, we look forward to delivering an outstanding experience for all supercross fans travelling to Cardiff and adding this to our successful 20-year history with motorsports.”

WSX is the supercharged combination of live-action supercross with an amplified level of adjacent entertainment, including live music, pyrotechnics, freestyle motocross shows and more. Principality Stadium will be transformed into the ultimate dirt bike battlefield for one epic night of non-stop action and intense competition. 10 teams and 40 of the best riders from across the globe will do battle for over $250,000 USD in cash, along with international supremacy.

In December 2021, SX Global announced that it had earned the rights to the FIM World Supercross Championship. Over the past six months, the company has been laying the groundwork for the sport’s first true global championship, including the highest level of financial support for teams and riders in supercross history and 10 exclusive team licenses based on an independent ownership model – a model common to the majority of successful sports around the world, but totally unique for supercross. Now, the reality of this global championship takes shape in dramatic fashion with the announcement of the British Grand Prix.

“The British Grand Prix in Cardiff represents a groundbreaking moment in supercross history, as well as the shared vision, passion and hard work of our SX Global team to elevate supercross on a truly global level,” said Tony Cochrane, president, SX Global. “We believe the demand for supercross around the world can sustain this sport year-round, and the FIM World Supercross Championship will be the platform that achieves this. The British Grand Prix and 2022 pilot season are merely the beginning, and there’s much work to be done. But we could not be prouder to begin this incredible journey to expand the global relevance of this great sport.”

The full rider lineup will be announced in due course, along with information regarding the live music acts set to perform on October 8.