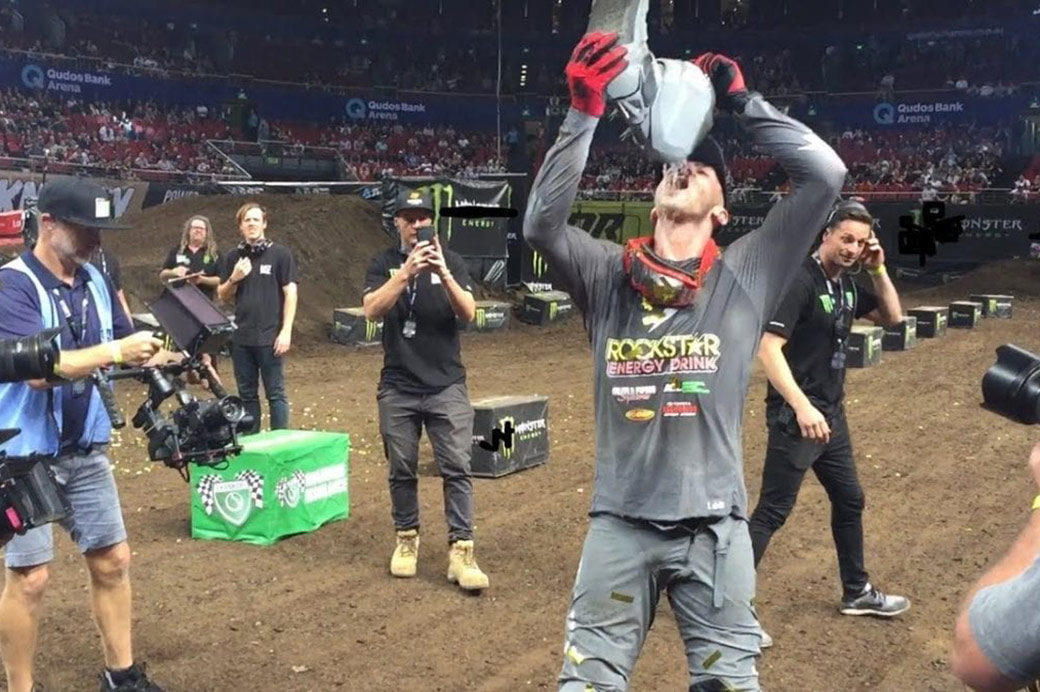 SX2 participation will not be limited by points thresholds, age or term limits; allowing teams and riders more freedom to control their competitive opportunities and professional longevity.

SX Global, the Australian sports and entertainment company spearheading the FIM World Supercross Championship (WSX), today announced an official FIM World Championship for the 250cc class (SX2) and an open format for the class that provides significantly more freedom and flexibility for teams and riders.

“An official FIM World Championship for 250cc riders is something that’s been a long-time coming in our sport, and with the truly global nature of our series, it just made sense to finally make it a reality for WSX as we move into this new era of global supercross competition,” said Adam Bailey, managing director – Motorsport for SX Global.

In addition to the official SX2 FIM World Championship, the entire structure of the SX2 class has been redefined to move away from the more “developmental” nature that the class has traditionally been held to in prominent supercross and motocross series. For decades, the sport’s most prominent series have mandated a system of points thresholds and age limits that restrict participation in the 250cc class. The mandates force riders to move up to the 450cc class once a certain amount of competitive points have been earned over time. But with available seats in the 450cc class typically being severely limited, these rules have forced many talented riders out of the sport entirely. The removal of these parameters will translate into significantly increased freedom and flexibility for teams in selecting riders, while also increasing competitive and professional opportunities for riders looking to extend their careers and maintain relevance.

“We want to ensure that the 250cc (SX2) class features the best talent the world has to offer and, to achieve that, we are opening it up to all competitors regardless of age or past success,” said Bailey. “There have been numerous examples of limitations on 250cc class eligibility pushing high-level talent out of the sport, or into compromising scenarios that impede their career progression and earning potential. We want to ensure we’re doing everything we can to give supercross athletes the best possible career opportunities and increased longevity. A rider-first commitment is core to SX Global’s mission, and we feel this is the right move for the sport and its competitors.”

The announcement of the FIM World Championship for the SX2 class, reinforces SX Global’s commitment to elevating opportunity for its teams and delivering a significantly enhanced rider experience. This will occur through the addition of unique competitive dynamics and innovative formats, higher prize purses, increased financial support for teams and riders, and a team-ownership model that provides teams more autonomy to pursue and realise higher financial returns through global and regional sponsorships.

“An overview of virtually every successful sport or racing series around the world will tell you that success is driven by the stars – the athletes putting their talents on the line,” said Tony Cochrane, president, SX Global. “To be honest, expanding opportunity for athletes as a strategy for business growth isn’t all that innovative, it just hasn’t been the case in supercross. It makes complete sense that our emphasis would be on elevating opportunities and potential outcomes for our teams and riders.”

A model unprecedented in supercross yet utilised amongst the majority of thriving sports leagues and motorsports series around the world, WSX features an exclusive team ownership structure that allows each team to increase its value over time, while also enabling a host of commercial opportunities on global and regional levels for international and local events. This unique model, combined with SX Global’s allocation of $50 million specifically for team and rider support over the Championship’s first five years, has driven widespread interest for the coveted 10-team allotment, as evidenced by more than 40 ownership applications submitted from suitors across the globe.

SX Global is offering an unparalleled level of financial support for WSX teams, including seed funding for every team awarded a license, appearance fees at every round, and logistics and freight support. The global series will feature the richest championship prize purses in the sport’s history, with a total of $250,000 up for grabs at each round.