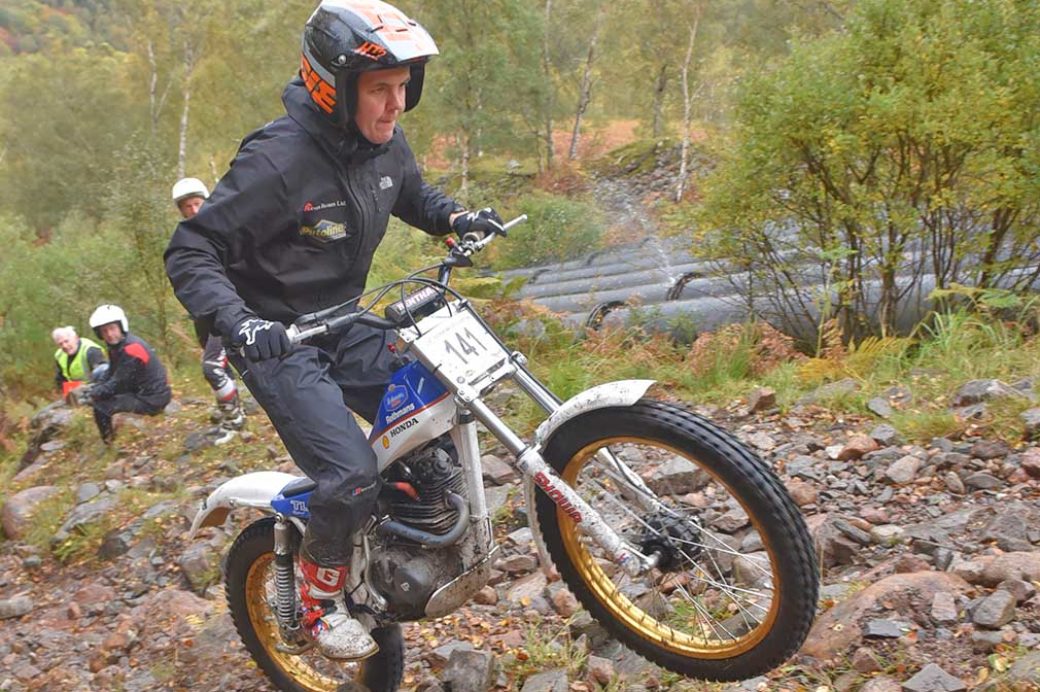 Recently we took a nostalgic look back at the 2019 Scott Trial – as we sadly missed out on the epic Richmond club event this year thanks to the pandemic.

As that proved popular, especially with people who weren’t at the event – those who had their own memories – we’ve dug into the piccy files for another featured event. 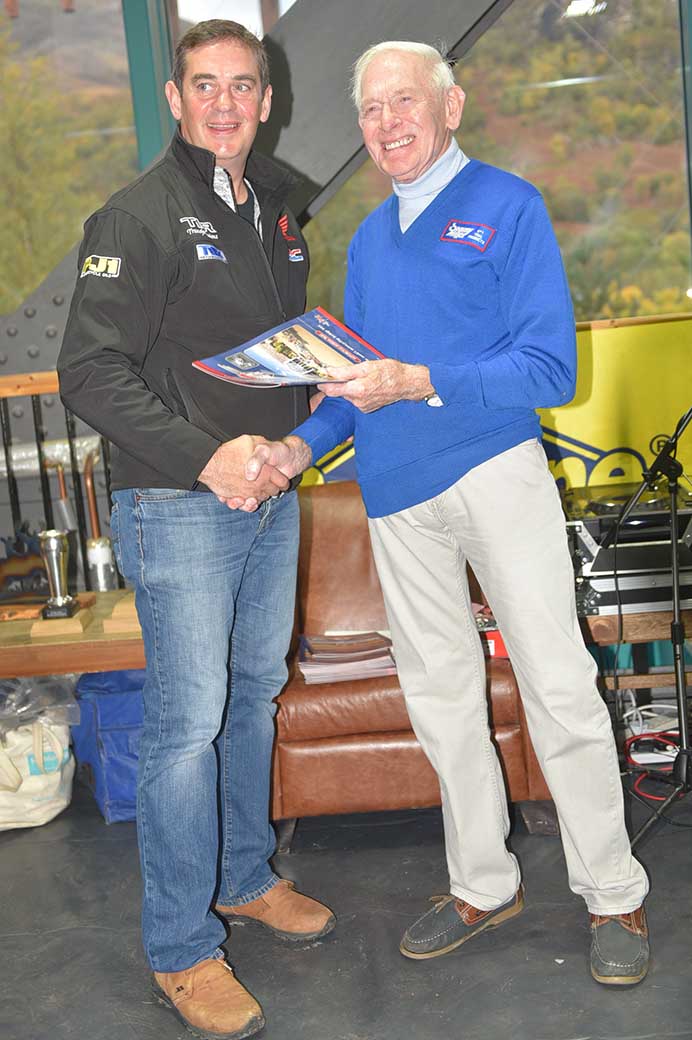 Guest of Honour at the inaugural Leven Valley Two Day was Sammy Miller who travelled the 600-odd miles from his south coast base. Sammy is presenting the Best Twinshock award to Phil Disney who dropped just one mark
(Image: John Dickinson)

The inaugural Leven Valley Two Day Trial, run on the last weekend of September, in 2018, is the subject for today and specifically a selection of Twinshocks on Pipeline images.

And the reason for this is that, while Pre-65s have been able to do this every year since 1984, thanks to the Pre-65 Scottish, Post-65 Twinshocks have been cruelly neglected in that time.

So what prompted this theme was remembering a chat with Nick Shield and Glen Scholey at the official presentation in the Ice Factor in Kinlochleven immediately after the event. 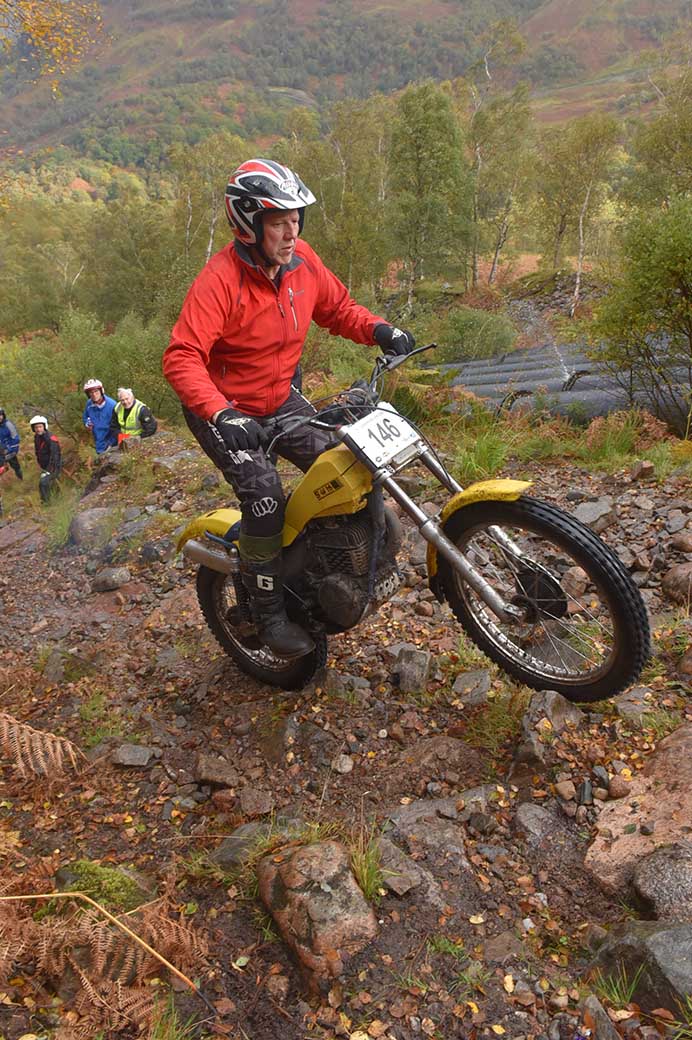 A splash of colour on a grey day thanks to the SWM Jumbo with Carl Winstanley on board (Image: John Dickinson)

An enthused Nick, a regular Scottish Pre-65 entrant on either his BSA four-stroke single or Triumph twin, said: “I’ve always wanted a go at Pipeline on my Majesty – and now I’ve done it!”

It does seem strange that every year a plethora of new-build Britshocks, masquerading as Pre-65s, get the privilege while a whole generation of Twinshocks that competed in the Scottish Six Days have been ignored. 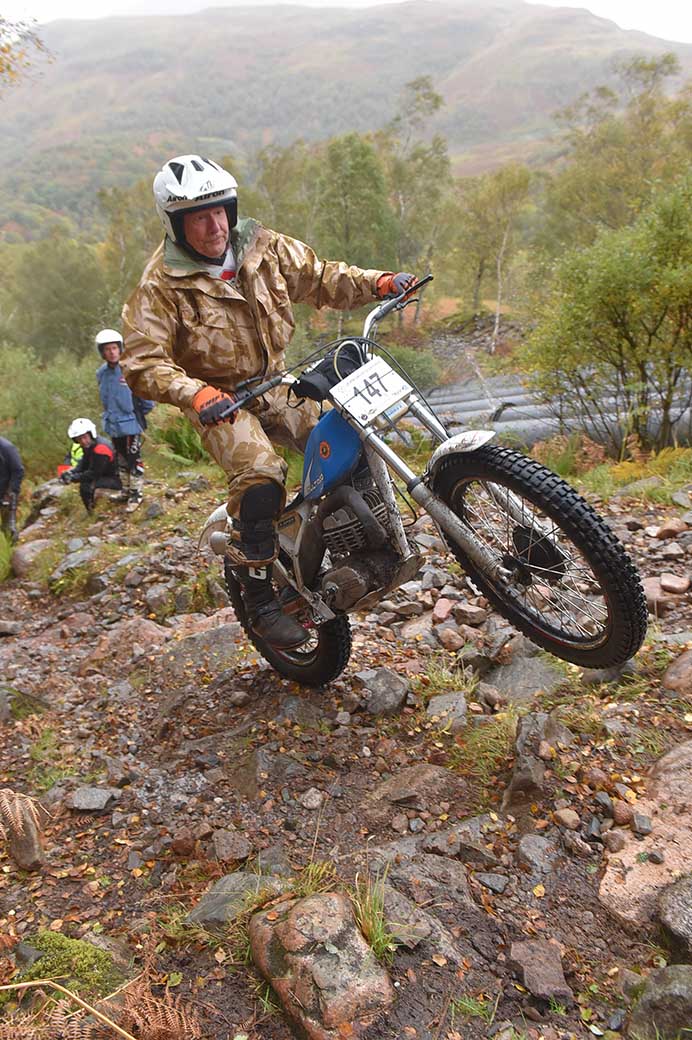 A camouflaged (for those sly dabs!) Phil Clarkson takes his Bultaco up
the famous hill (Image: John Dickinson)

This was until the-awakened Kinlochleven MCC, with Martin Murphy as the driving force, stepped-up and ran their event which of course proved an instant hit.

It is a long way to Kinlochleven – from anywhere – but of course, enthusiasts raced to sign-up and made the trek into the Highlands from all over the UK and enjoyed a brilliant weekend.

Hopefully, this is another great event that will be back with us in 2021…