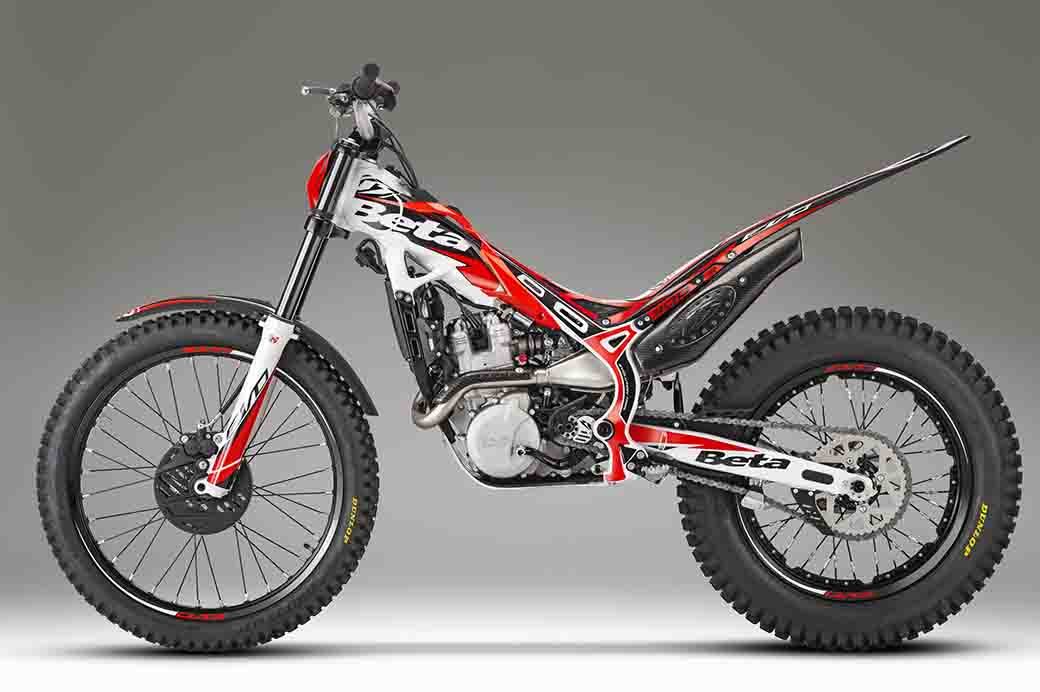 Beginning with extensive development and technical refinement work carried out by Beta engineers at their Tuscany base last year, resulting in the production of an engine which provides even more performance and reliability, the new EVO 2020 represents a further evolution, especially in terms of design and ergonomics.

With experience gained over the years spent on race tracks, this year’s Beta Factory Team made up of James Dabill and Benoit Bincaz was able to transfer all that technological know-how to the new trial range, so that both amateurs and professionals could get access to highly-evolved bike technology.

The two-stroke version is available in four different engine sizes: 125, 200, 250, 300 & 300 SS where “SS” stands for “Super Smooth”, a bike with a smoother character compared to the standard version.

The four-stroke model, on the other hand, comes with the usual 300cc engine which provides an impeccable combination of performance and ease of use. 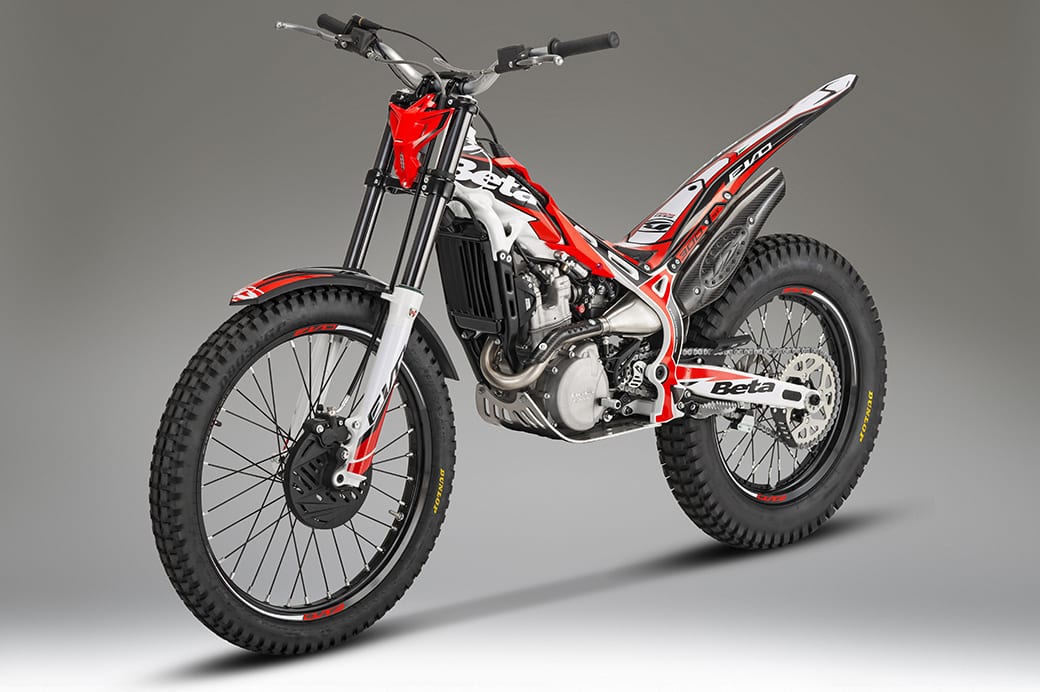 Much attention has been paid to the chassis design. In fact, the look of the Evo MY 2020 has been completely revised, making it an even more attractive bike.

New mapping selector switch: with a revolutionary new design, this has been moved from the front headlamp cowl to the new tank shell, making access and visibility easier. It now also has a LED indicator light, making it much simpler to identify which mapping is selected.

New LED lamp at the rear.

New fork setting: using the experience we gained with the 2019 Factory version, the hydraulics have been made even more progressive and we have also introduced the ability to fit a compression adjuster kit (already fitted to the Factory series).

On all two and four-stroke engines, including the 300SS, Beta have revised and optimised the engine timing advance curves in order to improve engine responsiveness and make the bike easier to ride at any revs.