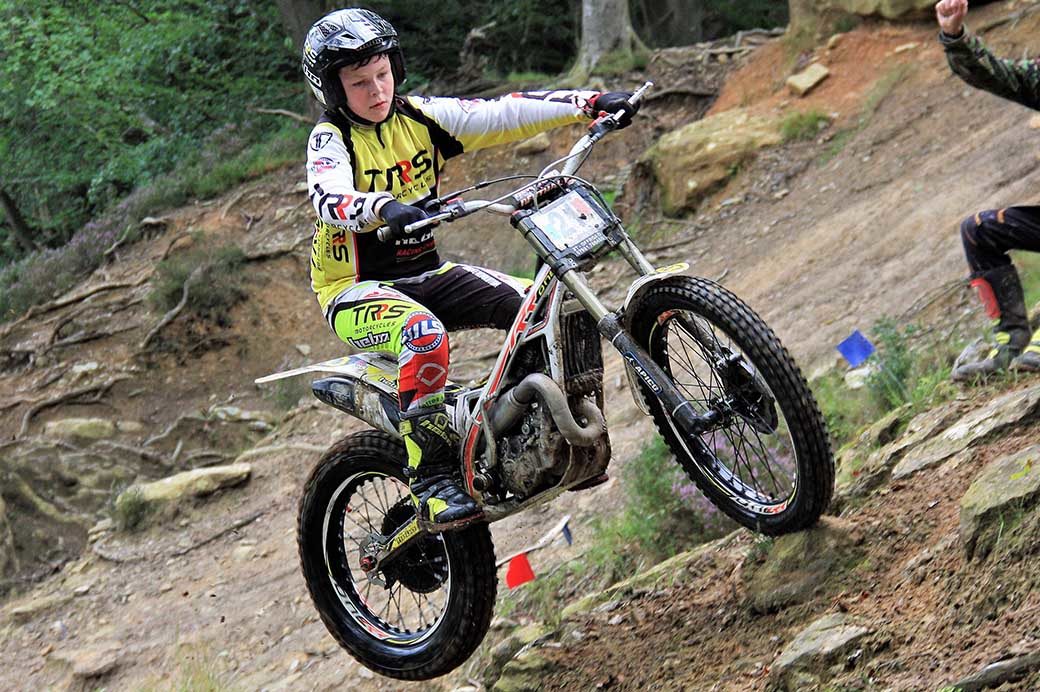 A fantastic entry of 130 riders – of which more than 50 were youths – descended on Low North Park at the weekend for this popular two-day event run by the keen, hard working crew of Scarborough DMC.

It was appropriate that home-grown talent Zac Collinson, nailed a hard-fought Expert win by six marks from Russ Rooskby with Keiron Child third, as Northern Ireland’s Reece Gazzard, on the Birkett Scorpa, produced a storming ride to win Youth A just three marks off the outright win.

Origins of this event date back to the eighties when youth trials were booming, only latterly opening entries up to adults with great success, proving to be a social as well as a competitive weekend.

Good weather prevailed for the three laps of 12 on Saturday and the remarkably easy riding style of the talented Gazzard, even on the toughest sections, was impressive. 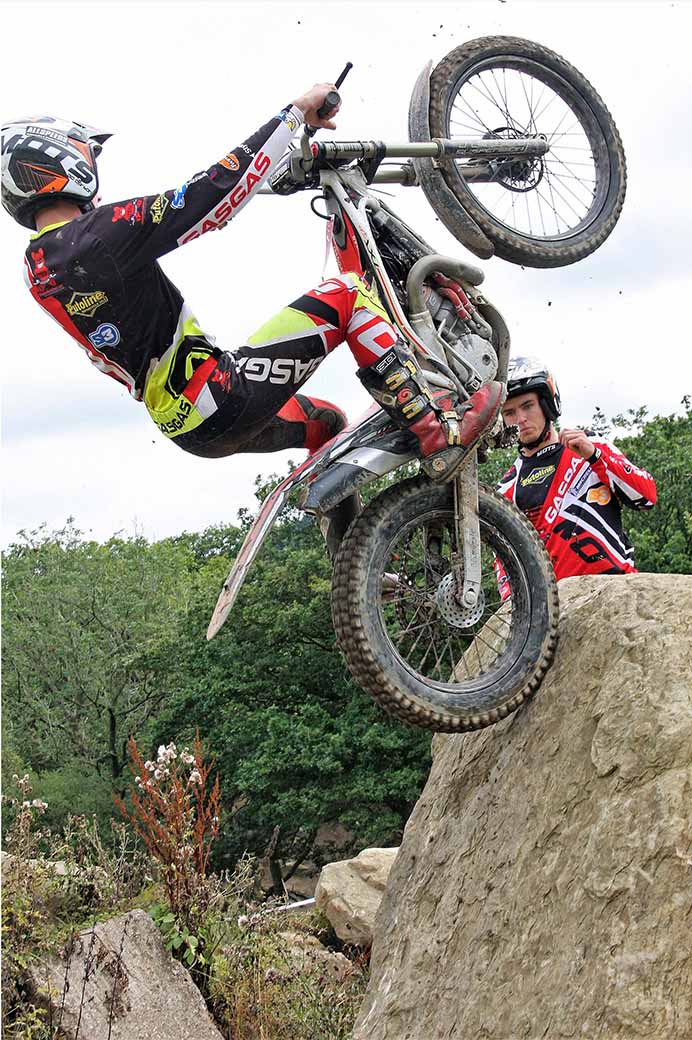 Only once did the youngster’s concentration waver, one mark going astray second lap, his only loss of the day, as Brice, giving it everything to stick with Gazzard, lost ground with a double figure score on his second circuit, ending his day on a creditable 26.

Leading overnight in the B class was the determined Jasper Fox, firing in a second lap of five but local lad, Harrison Skelton was hanging onto him just five marks down.

Sam Carter and Jason Fox were involved in a right old battle in class D, Carter with just one point advantage. Heavy rain hit the camp over night, but did nothing to deter the would be rock and rollers as musical entertainment took over in the marquee, but after a few soft drinks it was back to the early morning challenge.

Riders tackled the river bed sections at Moor end, but then the adverse camber climb and vicious drop down of four grabbed marks off Chris Gibson and Sophie Bailey as they spun to a stop. Ben Butler also crashed downhill.

Eleven and 12 proved a real sting in the tail, massive rock steps requiring a tremendous amount of bottle, Collinson crashed down from the pinnacle of 12 with no harm done.

Mr Gazzard proved a good catcher here for some riders, but it has to be said Clubman B rider Roy Jarvis didn’t need a catcher on B route, but he was the only rider to have his own female fan club at the 11th to cheer him through for a two.