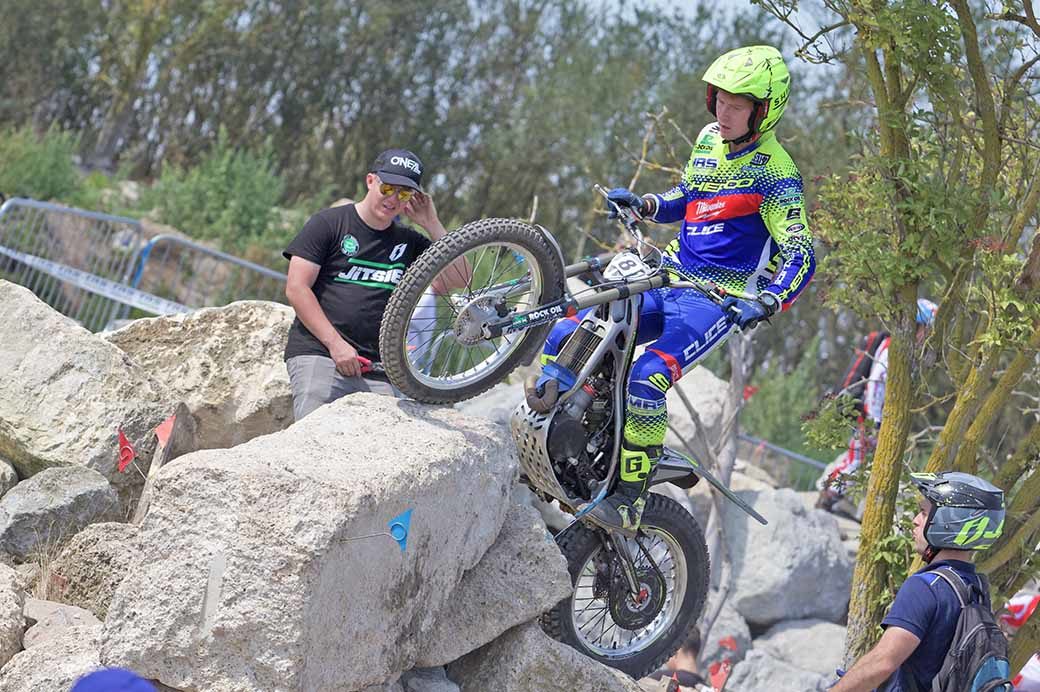 The small village of Aston Tirrold, Oxfordshire greeted nearly 40 riders in scorching temperatures over the bank holiday weekend, as Saturday’s action kicked off with the top youths in the country tackling two laps of 10 demanding sections. 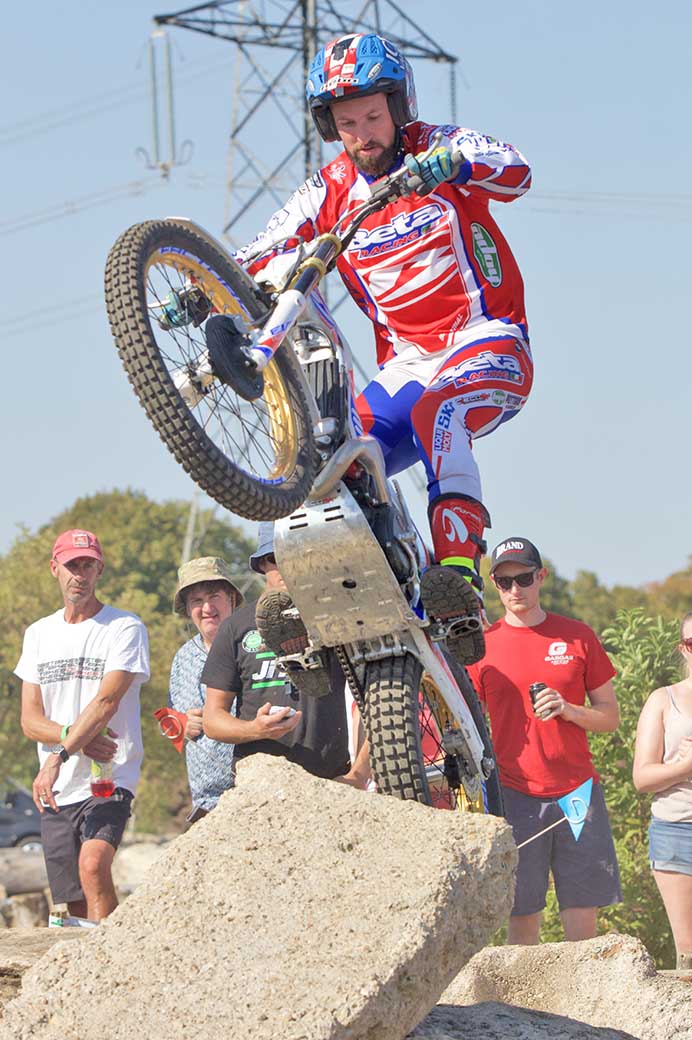 With the Supertrial rules of 1 minute 30 seconds and stop allowed, the long, demanding sections tested these upcoming riders, along with newly-crowned European Champion Pau Martinez, who was invited over to compete against the British riders.

It was going to be a close battle with Jack Dance – who won the last European round in the Czech Republic – and with Harry Hemingway, Ben Dignan and Harry Turner all looking to get onto the podium as well.

Section one was a difficult opener for the youths who all fived with the exception of the Isle of Man’s Owen Chestnut who managed to push his way to the end gates for three. Martinez was the only rider to clean the section one on both laps. 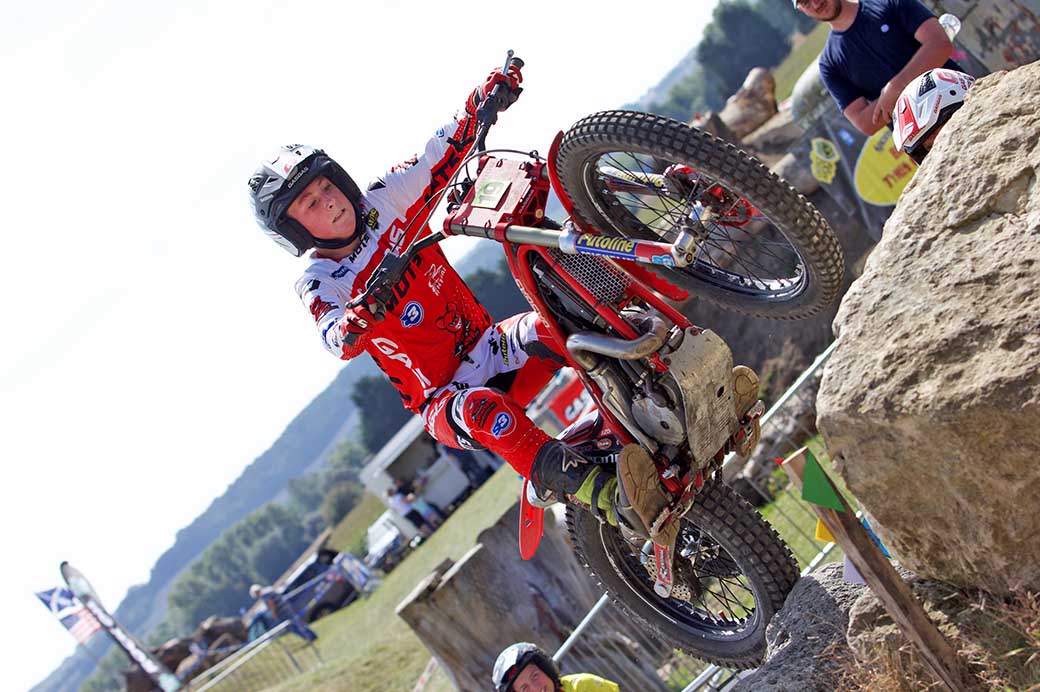 It was then onto the waterfall section, where Dignan, Turner and Hemingway were the only riders to see the end gates on the first lap. Section five also proved tough, with Turner managing to scrape his way out for a three.

Hemingway was the only rider to get up section three’s staircase for a single mark, while William Clark made a real good effort on sections four and five, getting out for threes.

Vertigo-mounted Martinez was starting to get a feel for the sections, taking one five on section three and managing to clean the rest and he took the win in front of Gas Gas pairing Dignan and Dance.

A strong entry on the Ladies B route saw Kaytlyn Adshead (TRS) take a convincing win on only four marks lost, next best being Daisy Parsons (Beta) on 18.

Sarah Bell (Beta), Sophie Bailey, Charlotte Kimber, Spain’s Leire Rodriguez and Olivia Pearson were next in line. All riders managed to make it through section one, while Kaytlyn was the only rider to clean the waterfall on lap one. 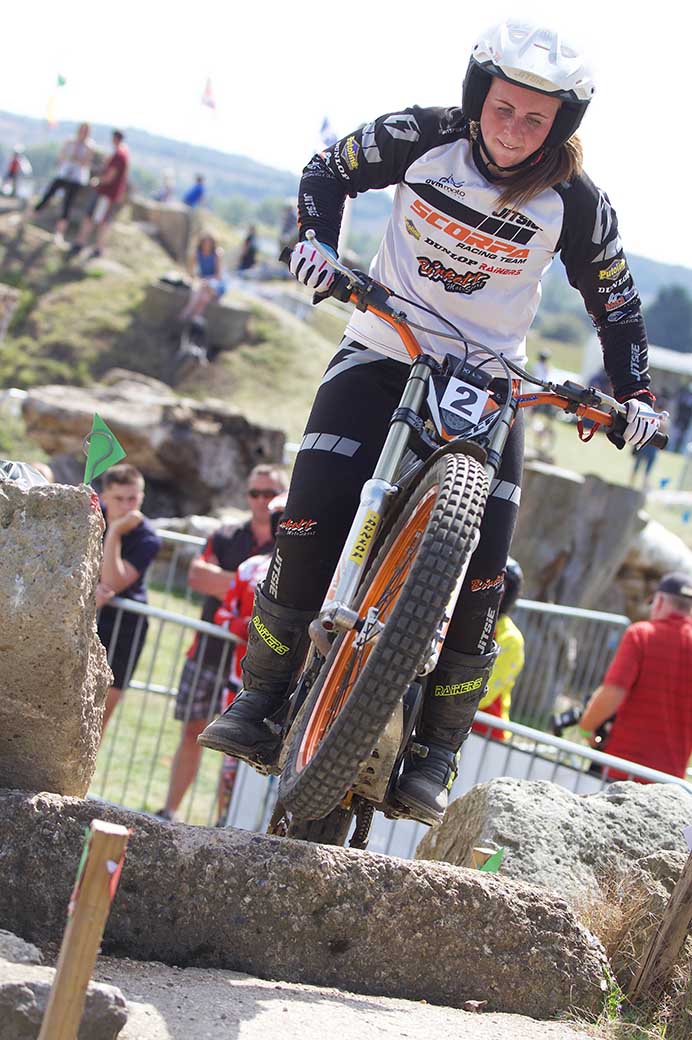 The Ladies A route saw an excellent entry, including reigning British and World Champion Emma Bristow, who had a faultless ride in qualifying to show just why she is world champion.

Section three, the famous staircase, saw only two cleans on lap one, from Bristow and Fox, with only Emma cleaning it on lap two.

As the temperature rose, it made things tricky for the girls on lap two and as the heat took its toll on the riders there were some silly mistakes made.

The end of qualifying saw the top six riders make their way through to the semi-finals. Club rider and local girl Robinson just missed out but had a fantastic day competing in front of her large home crowd.

Styles kicked off the running order for the semis and with only three riders going through to the final, it was all to play for in the first five sections.

Alford, Minta and Styles unfortunately didn’t make the cut for the final, leaving Fox, Bown and Bristow – this year’s Ladies Trials Des Nations team – battling it out in the remaining five sections, which had been toughened up to test the riders to their limits. 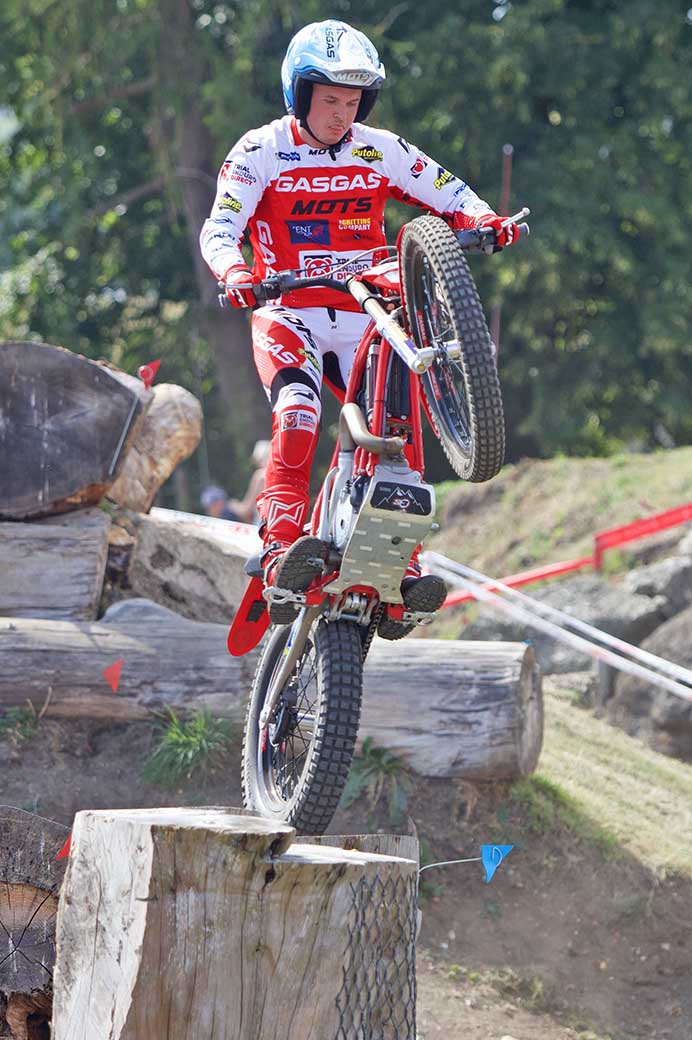 Sections six and nine finally took marks off Bristow, the undisputed Queen of the Berks Bonanza Supertrial, with Bown finishing second on a respectable 20 marks lost and Fox just behind on 27.

Sunday’s action saw nine tough sections awaiting the Elite men riders for qualifying and Spanish hot-shot Martinez was first away for his second day of riding.

James Dabill made a strong start to Qualifying, cleaning the opener before heading for his bogey section, the waterfall at number two. This section only saw one clean on lap one, local lad Sam Haslam.

Dibs still cannot master the famous Seymours waterfall section and settled for a safe dab both laps. Jack Price was hot on James’ heels, one mark behind throughout the event.

Price had an astonishing ride on section two, when after hitting the first step of the waterfall and not quite making it, he threw himself and the bike back off the obstacle and into the water.

He lined himself up again with a cautious dab to then clean the remainder of the waterfall section, to a huge cheer from the crowd. It was a truly remarkable ride.

Section six – the Wood Yard – saw Billy Green get his Montesa absolutely singing to fire him up the tree trunk, which only saw three riders get out on lap one. 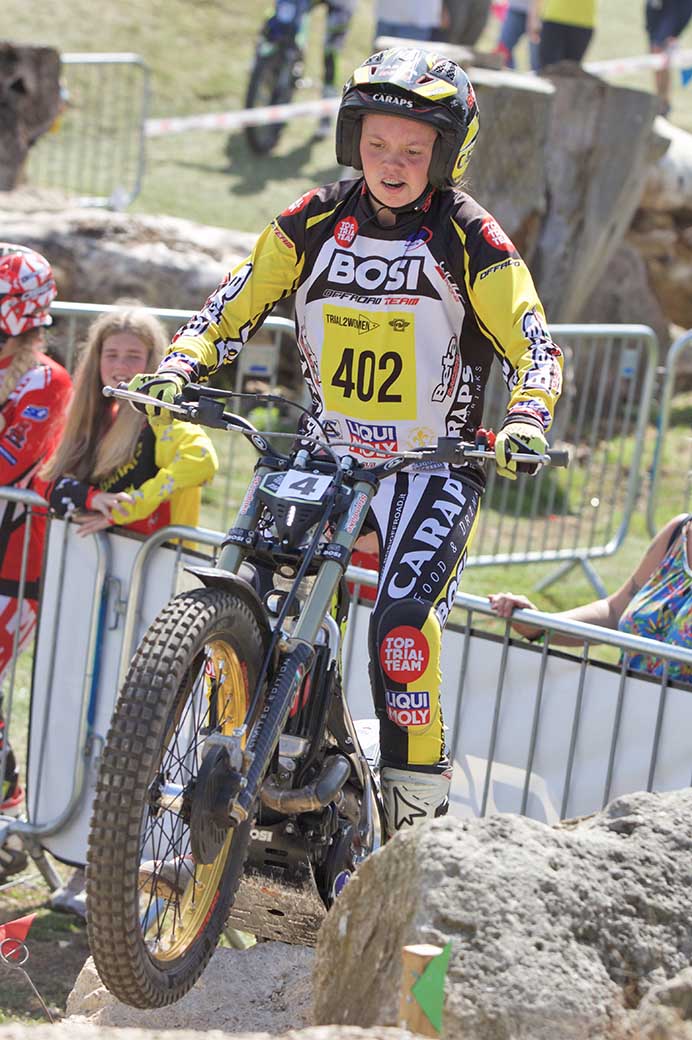 Andy Chilton made some mistakes on lap one but he upped his game on lap two which meant he was able to gain himself a place in the semi-finals.

Welshman Iwan Roberts and Jack Sheppard both finished qualifying on a total of 65 but as Roberts had most cleans this saw him take the final place in the semis.

Gas Gas rider Alexander Neiderer came all the way from America to tackle the huge obstacles at Seymours but he was unable to make it through section nine on lap one.

However, he was determined to change this and managed to complete section nine for only one mark lost on lap two.

It was great to see Oliver Smith and Hugo Jervis attempting all nine sections as well.

Roberts got the semis underway, managing to clean section one, along with Dabill, Price and Green. But the waterfall remains unbeaten, as no riders managed to reach the end gates in the semi-final.

Section four was where Price lost one mark, which is what kept him behind Dibs and off top spot.

As riders finished section five, it was Dabill, Price and Haslam who made their way into the final, with Green fourth, followed by Chilton and Roberts.

The final was incredibly close with Dabill and Price both getting through sections eight and nine without loss.

They both fived sections six, seven and 10 which meant King of Seymours Dabill took the victory just one ahead of Price, who was closely followed by Haslam.