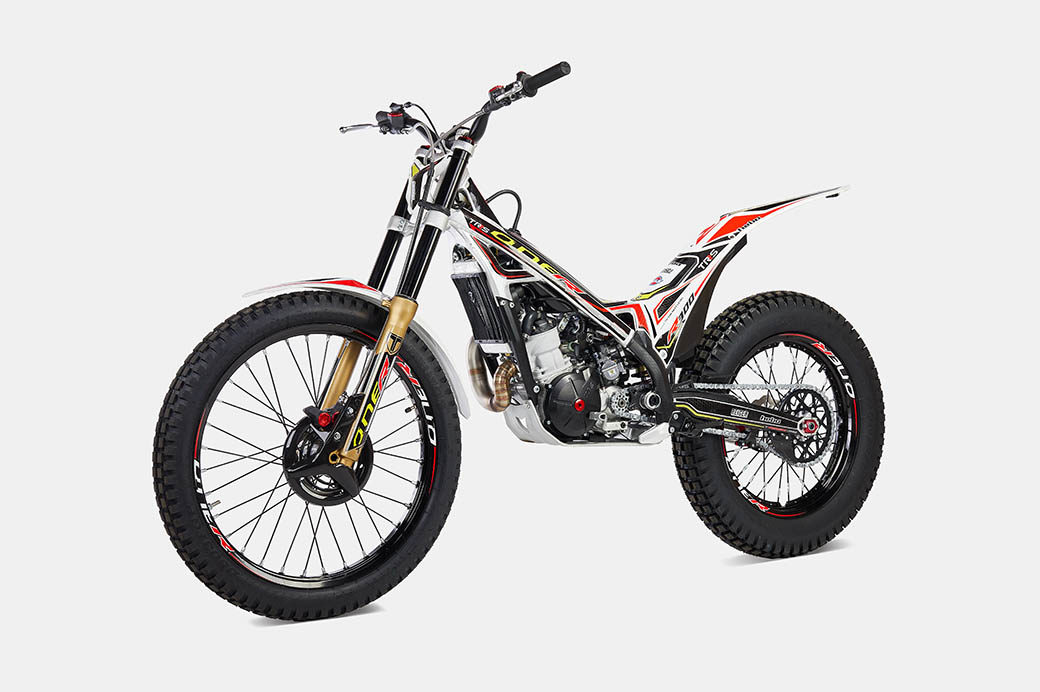 We all know how trials bike ranges, regardless of marque, stack up these days.

There’s a ‘Standard’ or ‘Clubman’ model, then there’s an up-specced ‘Racing’ model and on top of that there is very likely a ‘Factory’ or ‘RR’ replica, usually bearing the name of the leading factory rider.

The ‘Clubman’ version ought to make sense, usually coming with a fairly dormant rider-friendly engine spec and perfectly adequate suspension but, with the best will in the world, what weighs it down is an ENORMOUS stigma – as who in the world admits to being a Clubman?

We are – all of us – of course, frustrated would-be factory riders, forever foiled of showing our true skills by inferior machinery. 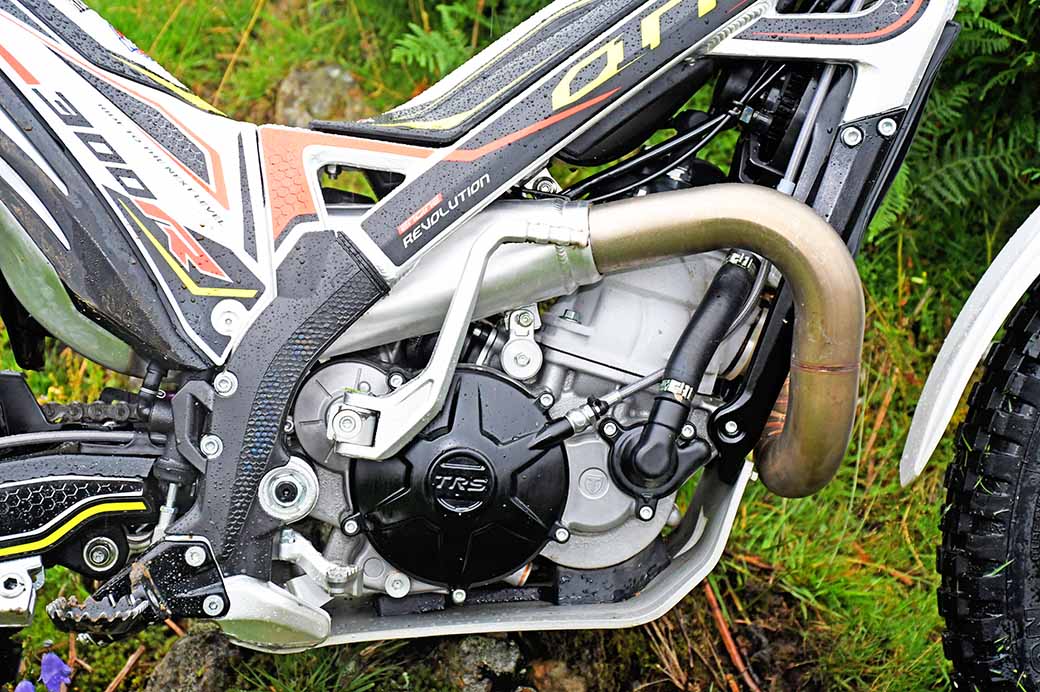 So, in reality everyone buys the Racing or Factory option when, along with lovely, expensive top-quality suspension, you invariably also purchase an engine that is truly built for a factory star and which to ‘us’ is just a giant handicap.

Argue that last point all you like, but the second anyone picks up their Factory Rep they start quizzing all and sundry on how to de-tune their all-powerful World Championship class engine.

You have spent a load of money on a high spec bike and then spend more time and money de-tuning the motor back down to the dreaded Clubman spec…c’est la vie.

However, TRRS have clearly been watching this and have jumped ahead of the game with this NEW for 2020 model, the ONE R. It is the final R that is the clue.

So we finally get to the point!

What TRRS have done is take their cooking Clubman model the ONE and given it the all important suspension upgrade, turning it into the ONE R. 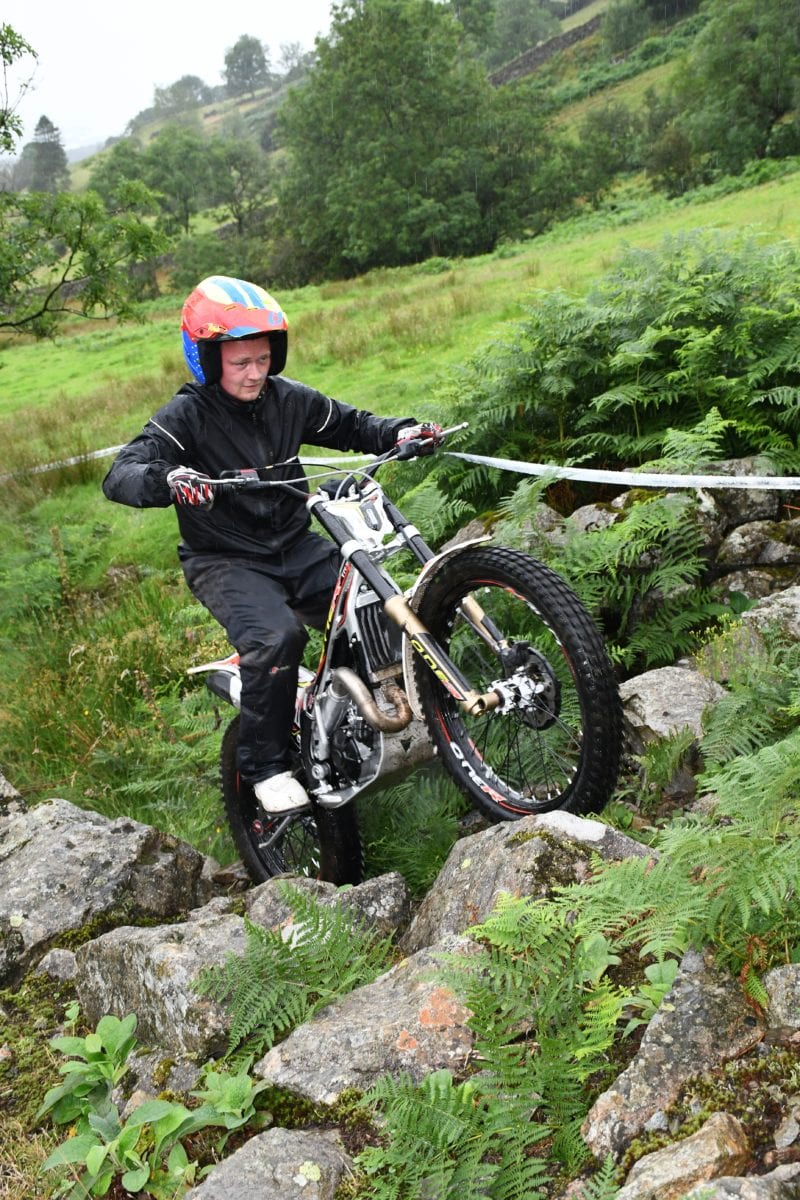 You get that lovely soft spec engine, that provides more than enough real-world go in whatever capacity – you can have it in 125, 250, 280 or 300 versions – and added useful up-specced suspenders at both ends.

Up front you get a pair of Tech Aluminium forks while at the rear is a quality Reiger shock. These are not the fully adjustable versions but you do get adjustability and they are very much a premium piece of kit.

The action is every bit as good as the top spec, you just get less adjustability. But in reality, how many of you actually mess with suspension settings. That’s because the factories know what they are doing! In short you get a very rideable trials bike with an enviable spec at a reasonable price.

Isn’t that what you wanted all along? That isn’t all, there’s more, but that is the meat of it.

The TRRS base is a very tidy aluminium chassis built more like a conventional steel tube frame, than the much larger section usually associated with aluminium ‘box’ chassis rails. 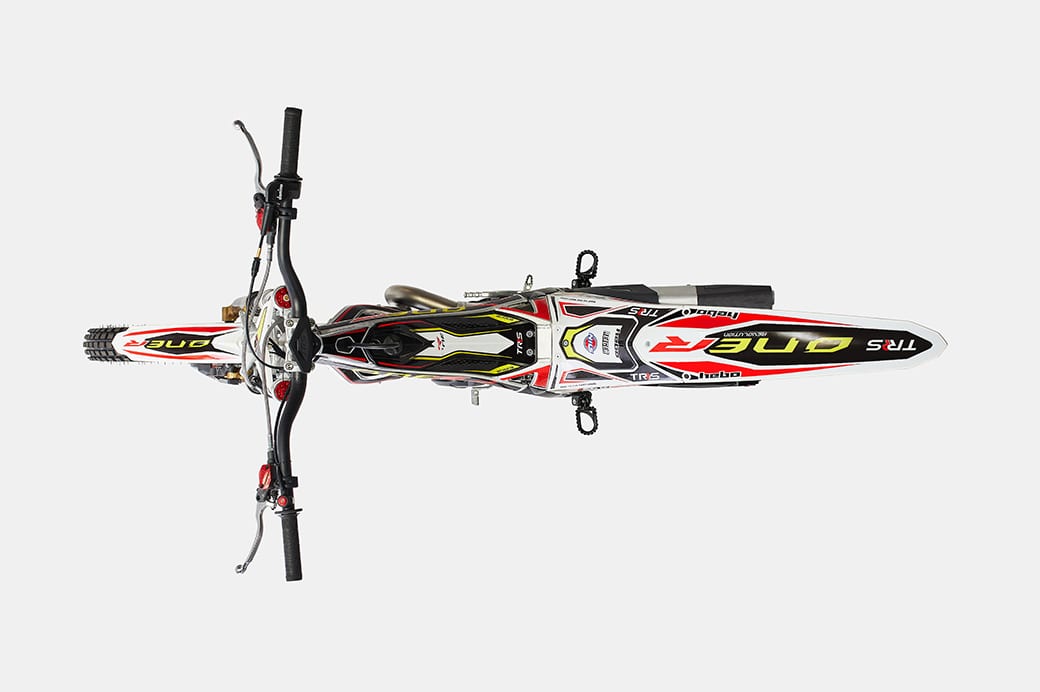 After sorting their chassis, TRRS have gone down the ‘less is more’ route and not attempted to reinvent the wheel. Just looking at the complete machine shows exactly how simple they have kept it.

The motor – similar design to its Spanish rivals but NOT the same as – is a very conventional reed valve two-stroke with liquid-cooled head and barrel, a simple mechanically driven pump keeping that liquid circulating through a neat radiator up front.

There’s a five-speed gearbox and diaghragm clutch which keeps the whole motor as slim as it gets and simple electronic digital ignition with two maps which are simply interpreted as being suitable for ‘sunshine’ and ‘rain’.

Carburetion on the ONE R is via a Keihin carb, notable for smooth power output.

It should be pointed out that the engine used is the same as the latest generation RR model, with genuine benefits like the full-gear kickstart (previously a quadrant) and updated gear selection mechanism.

There’s also mods to the clutch mechanism offering a slower take-up and therefore even more control in those tricky sections.

Wheels? Brakes? It’s a trials bike – they all run the same stuff and they all do what they should! One final piece of spec, requested by British importer Steve Saunders,
is the fitting of Michelin tyres. 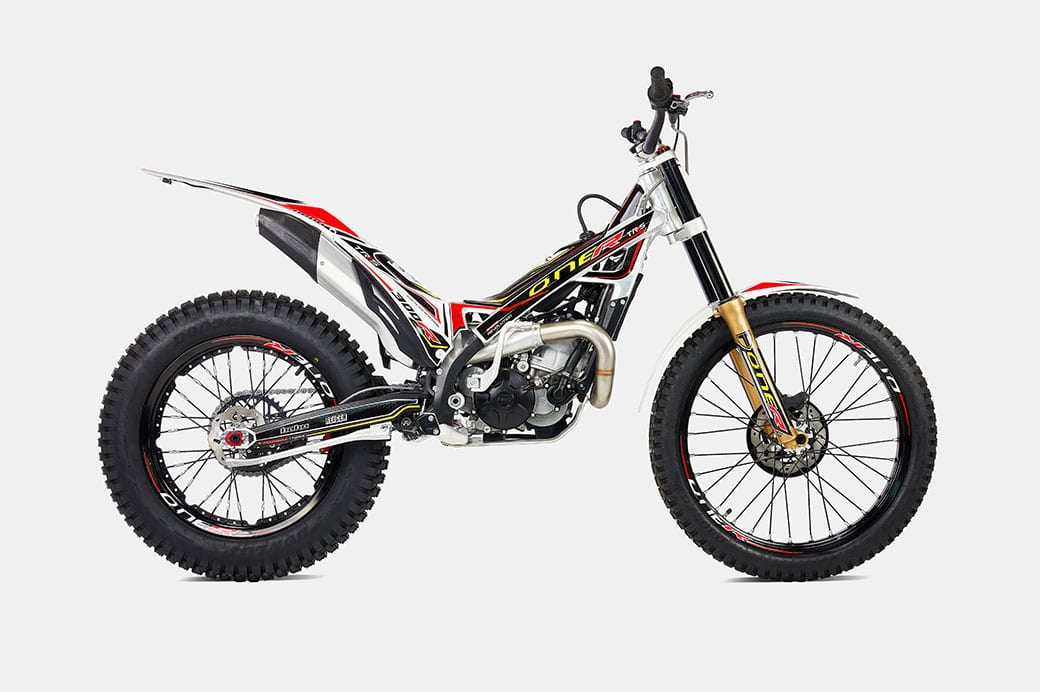 TMX managed to blag a quick go on a couple of the TRRS ONE R models the day before the Westmorland club’s British Championship round, The Lakes Trial, with permission from the organisers and the landowner.

The latter was handy as we grabbed the perfect Clubman for a quick go, the landowner’s son Jordan Thornbarrow, who kindly turned out during what turned out to be a very wet Saturday afternoon.

We actually used what was to be the warm-up section for the following day’s trial which was a slippery, steep, Cumbrian beck with an increasing depth of water.

Jordan, as a typical mythical Clubman, was happy to just get on and ride the bike. Steve offered to set the bars and levers but our boy just got on, fired it up and straight into the section without even a warm-up ride.

We had both 250 and a 300 models and surprisingly Jordan took the 300 first. He normally rides a 300 Scorpa so probably felt it would be the best bet.

In short, with all the Spanish two-strokes being very similar in most aspects, he got on with the TRRS straight away. The stream was slippery but he found plenty of grip and was soon navigating the section with relative ease.

Jordan tried both the ignition maps, and reckoned he couldn’t really tell any difference (he’s a Clubman!) and then switched to the 250.

He didn’t actually get on with the 250 as well as the 300 but just by observing him, it looked like he was still trying to ride the bike like the 300, almost rushing the section and trying to keep up with the 300 motor.

The soft-tuned 250 would benefit from a slower approach and just let the engine find its own pace and use the torque.

In a way it perfectly summed-up the current Clubman mindset, must have a 300, with the TRRS ONE R proving to fit the bill with a softly-tuned controllable motor in a nicely suspended chassis.

Our tester did find the ONE R really nice and light to handle and it wasn’t leaping out of his hands. So the ONE R spec 250 is a super soft motor, the 300 has more than enough go without being out of hand.

We didn’t have a 280 but Steve describes it as a sharper 250 rather than a soft 300 and we know exactly what he means.