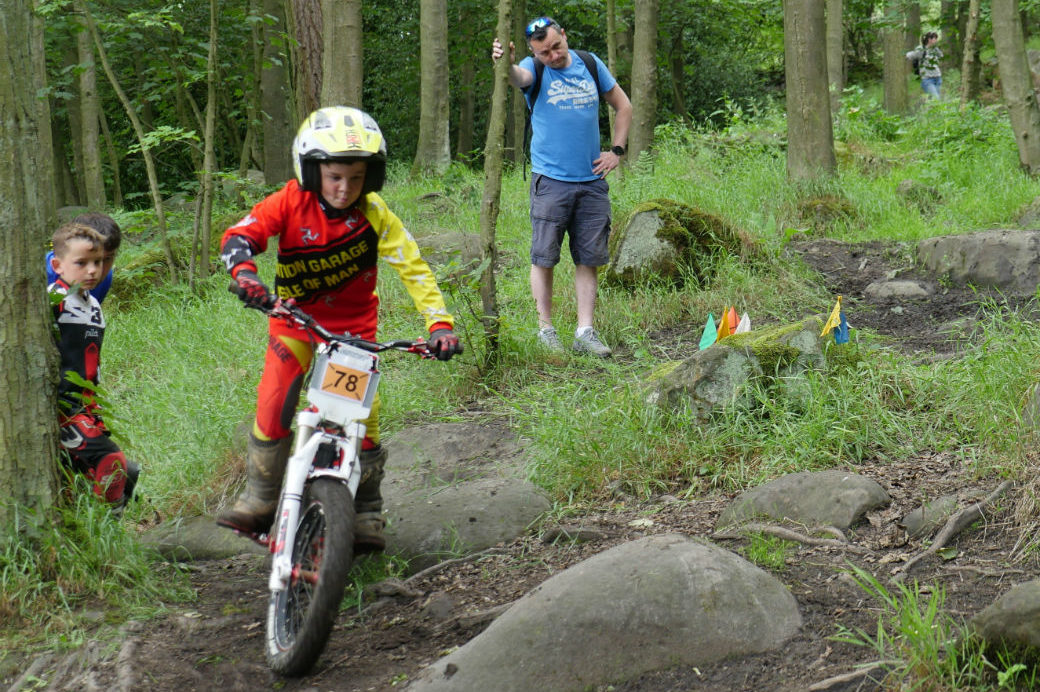 Round 4 of the ACU Belle Trailers Youth National took place at the fantastic Dudwood venue in Derbyshire.

And it was everything a National should be, with an impromptu parents vs kids rounders match the night before and a gathering of friendly faces and plenty of laughter on the morning of the event.

This trial catered for all classes from D Small-Wheels up to the big players in the A class.

After a very hot Saturday, perfect cool conditions on Sunday greeted the 70 riders and 12 sections were set, with plenty of variety with mud puddles and slimy rocks – some dry and technical and a handful in the river providing a perfect mix.

The D Small-Wheel class for riders up to nine years old has been the most interesting in some ways, with less consistency in the results.

A few mistakes can drop a rider right down the order, while a shining ride from any of the top 10 could bag them a win.

Isle of Man rider Jacob Wilson pulled off his second win of the year on his OSET 20.0R, giving him a three-point championship lead over Ireland’s Mason Crawford, who finished fifth.

Second on the day and third in the series is Tom Gibbons, who is surely due a win this year after a series of close finishes.

Bobby Crabtree was third after a fine win at the previous round in Scarborough.

Coming into the mix at Dudwood was seven-year-old Fletcher Ely from Kent, who finished just off the podium after a most cleans tie decider saw him just one clean off the podium.

In the C Medium-Wheel class, Elliot Smith continued his run of good form on his OSET 24.0R with a clear win over the Isle of Man’s Stanley Cubbon.

That made it three wins from four events for Elliot.

Behind Stanley the other riders were tightly grouped, with Scotland’s Joe Drysdale two points behind for the final podium spot.

Next up is round five run by the Yeadon and Guiseley Club in Yorkshire, on Saturday July 13.