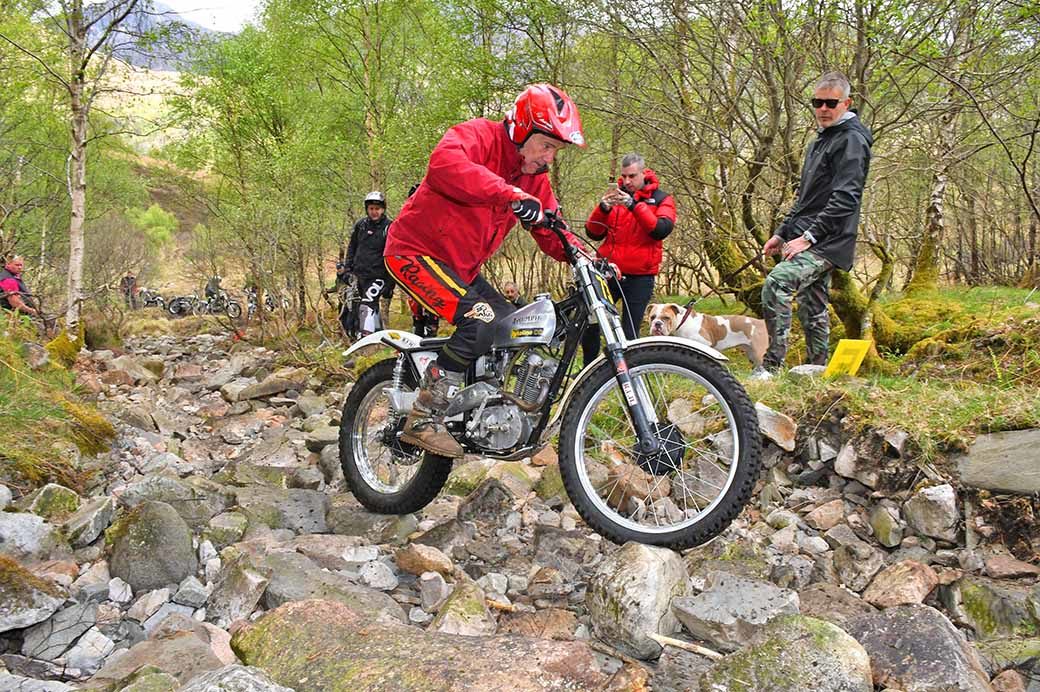 The legend that is Dave Thorpe, multi time winner of the Scottish Pre-65 (Image: John Dickinson)

It’s all systems go for the 2020 Scottish Pre-65 Two Day Trial as entries closed before Christmas, oversubscribed as usual, and the dreaded ballot was carried out.

All 200 accepted entries have now been notified and all they have to do now is get their entry fees paid!

There is a reserve list of course and this year the Edinburgh club’s organising committee are taking a different stance.

Reserves have been split into the four capacity classes to try to keep the balance in each capacity class as per the way they are balloted.

So if a rider withdraws his entry, his replacement will come from the same capacity class as his machine.

It goes without saying that if a rider knows that he will be unable to take up his/ her entry to notify the organisers in the first instance so they can re-allocate the entry and give the replacement as much time as possible to get organised.

The event will take place on Friday/ Saturday, May 1/2 based as usual in Kinlochleven and boasts not one but TWO former World Trials Champs.

Yrjo Vesterinen, winner of a hat-trick of World titles in 1976/ ’77 and ’78 has been a regular over the last few years and is joined this year by 1979 Champ Bernie Schreiber, the only American to take the title. Vesty will be on his Bantam and Bernie on a rasping Triumph twin!

Among the former event winners entered are dad and lad Dave and Dan Thorpe on Cubs, Cheshire’s Rob Bowyer on his twin and local hero Gary MacDonald who has won on a Bantam, a Triumph twin and looks for a third victory on a Cub.

Also among the entries is Gunter Ruttloff who, after the fall of the Berlin Wall in 1991 became the first East German to ride the Scottish Six Days when he arrived in 1992 on a home-built Jawa.

Just two ladies are in the mix this time with Donna Fox and Lottie Kimber.