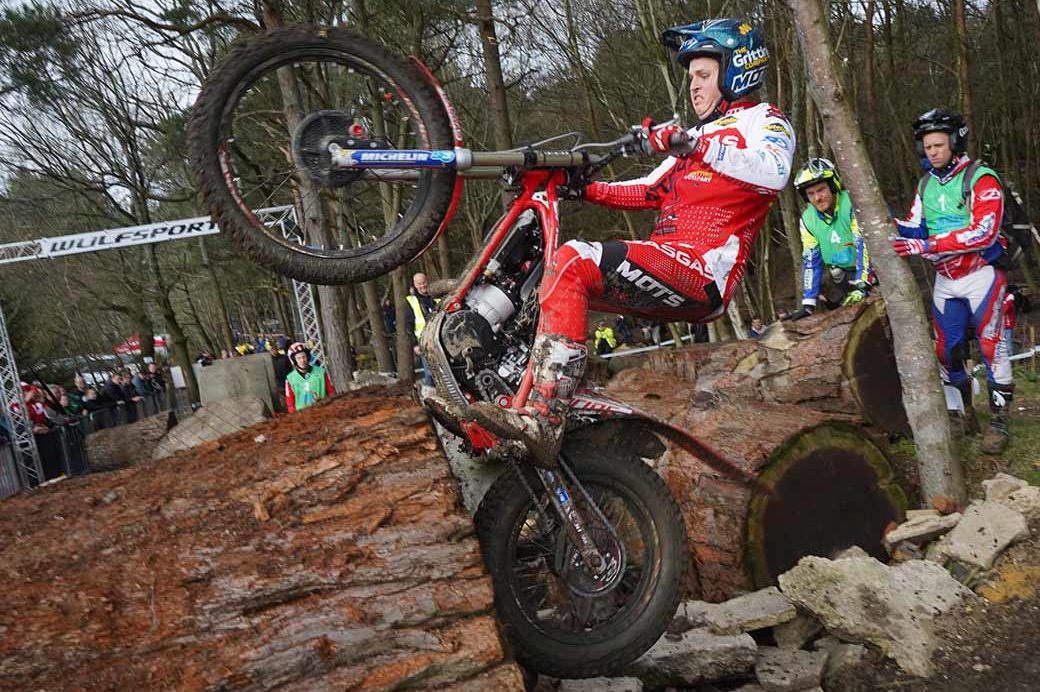 Round two of the new look Keedwell ACU Trial GB Series takes place this Sunday with the St David’s Trial, high above Aberdulais in South Wales.

With reigning Champion James Dabill not being able to commit to the whole series there will be a new holder of the coveted red plate at the end of this event in the ACU TrialGB class.

In Scottish Six Days winner Dabill’s absence, it is likely to be the ‘young guns’ who will stand on the podium at the end of the day, with Trial GP (World series) contenders, Toby Martyn (Beta) Jack Price (Gas Gas), Dan and Jack Peace (Sherco) who could be the main challengers ahead of their worldwide exploits beginning in one week’s time.

However, Scorpa’s Andy Chilton turned in a top five result at the opening round in March, while Jack Sheppard returns from ‘down under’ on another Sherco.

The ACU Trial GB class is limited to 10 riders and Tom Minta – on the second Scorpa – Iwan Roberts (TRRS) who missed the first round, Billy Green (Montesa) and Hugo Jervis (TRRS) will all be looking for good points.

ACU Trial2 class boasts 12 entries in this event and Sam Connor will be hoping to extend his points lead after winning his local round in March. Last year’s champion, Ross Danby will not want him to break away but there is likely to be strong opposition from Sam Haslam and Dec Bullock.

Luke Walker, Richard Sadler and James Fry moved up from the Expert Class last year and are capable of podium positions as is Alexz Wigg who returns on a more familiar Gas Gas for this round.The ACU Trial2 class will ride six of the Trial GB sections in this event which is sure to produce a close finish.

Brett Harbud, Ben Dignan and Adam Harris finished in this order in the ACU Trial 125 class at round one, but no one would bet on them finishing in any particular order.

A healthy 32 riders will compete in the ACU Expert Class with Chris Stay, Ben Morphett and Dan Thorpe who all stood on the podium at the first round, fending off challenges from Sam Yeomans and Charlie Smith.

World Ladies Champion, Emma Bristow has committed to all nine rounds of the series and has her eyes firmly fixed on a podium finish. The action starts at 9.30am and within 200 metres of the start riders will face the opening two sections, the first being the famous Dragon’s Tooth.

This has been increased in severity for the ACU Trial GB class this year by Clerk of the Course James Lamin. From here the riders take on an easterly loop to include sections at Shooters, Stairway to Heaven, Pink Floyd and Washers Weir Top, before looping back around to the final three sections including the Big Gulley.

Spectators are asked to follow the designated route which will be signed to all sections allowing a visit to all 12 during the three lap event. The Podium ceremony is scheduled for 3.55pm, immediately after the last rider finishes.