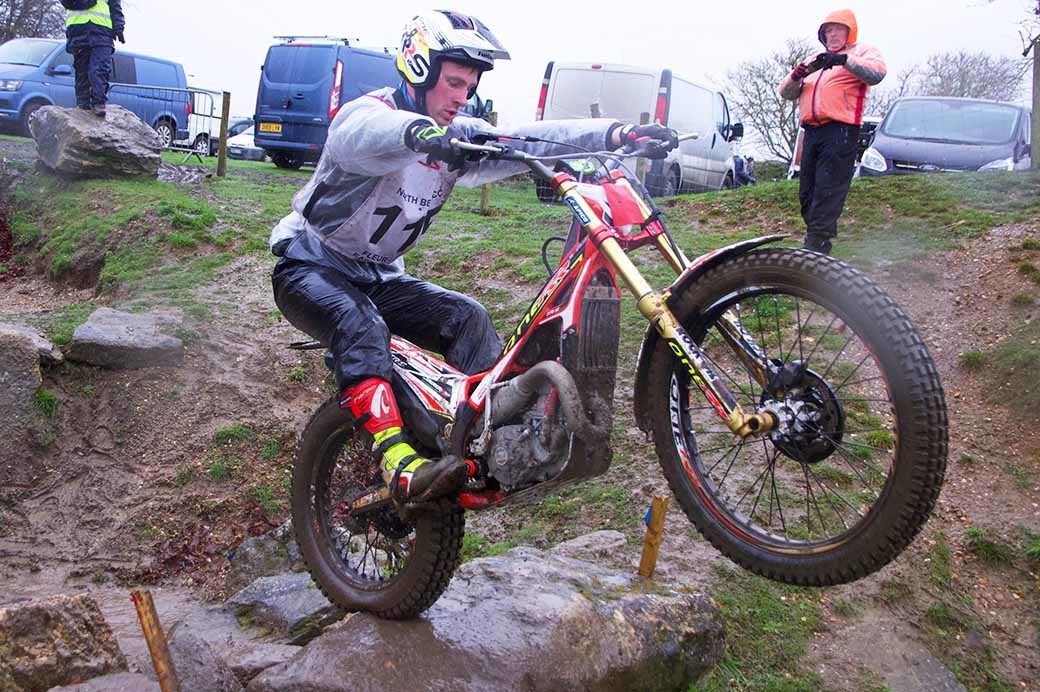 The first round of the 2020 S3 Parts ACU Solo Championship was hosted by North Berks MCC, with more than 100 riders heading out across the beautiful Oxfordshire countryside.

Local club rider Justin Heavens opened the trial and headed to the first of 34 sections starting at Nappers Railway Line, where steep adverse cambers and climbs awaited the riders. 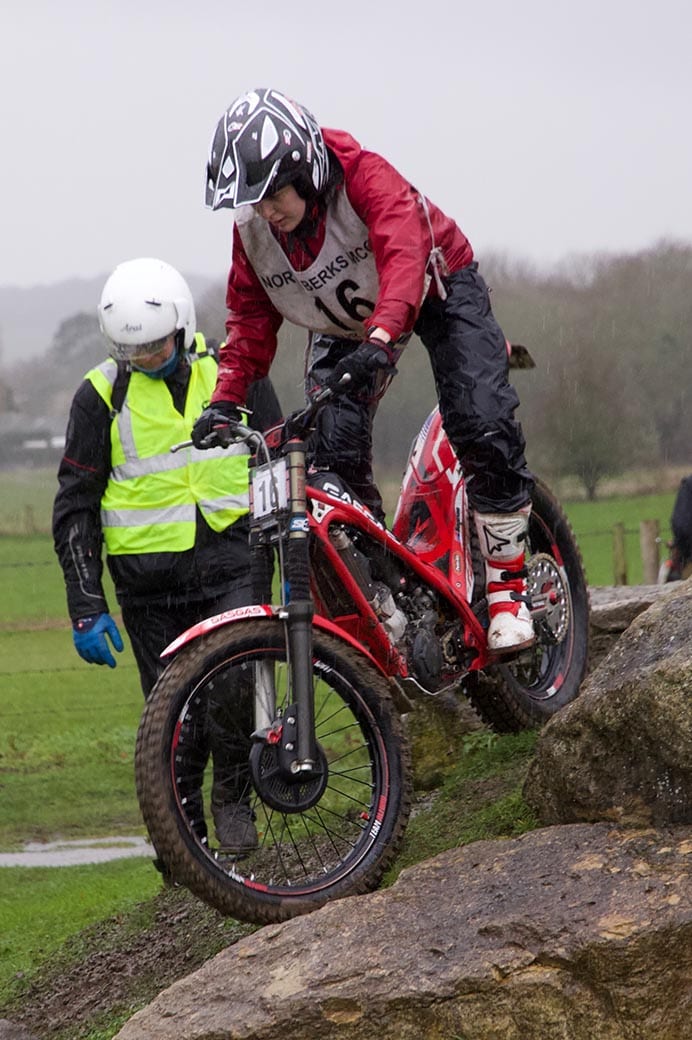 Section one was quite a steady opener but with the weather conditions, it became very slippery and took plenty of marks from riders in all classes.

On the S3 Clubman Route Sam Atherton started his day very well and managed to go all the way to section 17 without losing a single mark.

He finished with just 16 marks against his name to take the win in front of Miles Jones and Martin Hawyes, who both lost 22 and had to be separated on the most cleans tie-break. 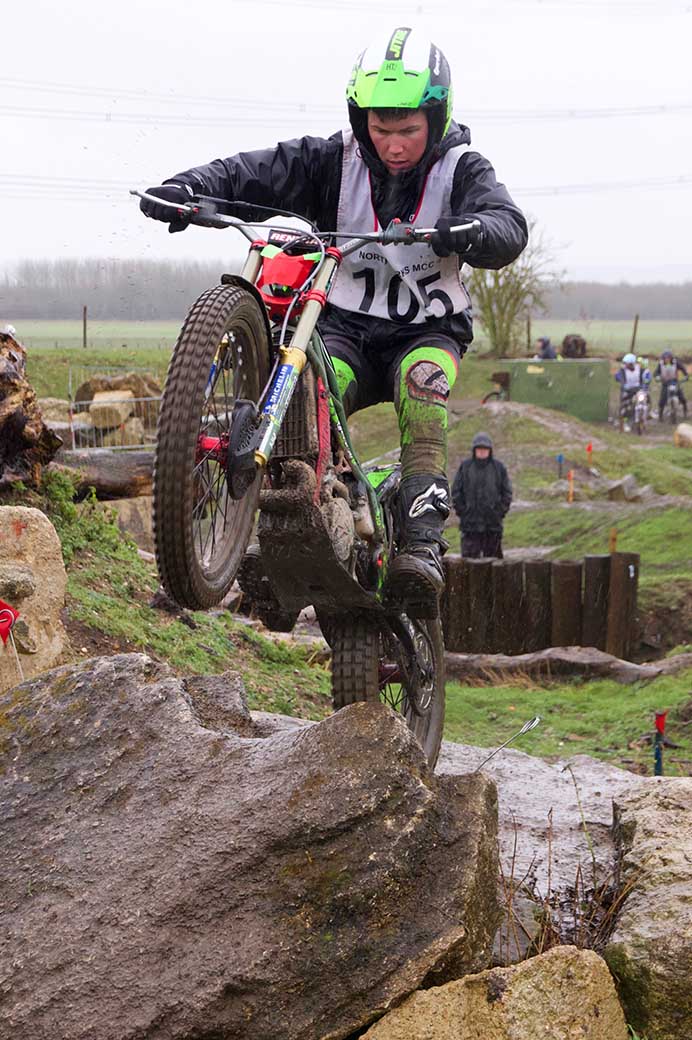 The waterlogged sections at The Moores had to be dropped from an intended six sections to five due to the weather, with what are usually shallow sections deep and fast running. Despite this, the majority of riders got themselves to the end gates.

The S3 Over 40s Clubman was headed by Kev Nolan on a miserly seven marks lost, beating his close rival Phillip Wiffen by just two, a five at Lollingdon Hill scuppering his chances of the win.

Steve Swanson finished level with Wiffen on nine but lost out on second on the most cleans rule.

The fourth group of sections – The Lynch – saw riders tackle three sections on the banks and tree roots, with the majority of the entry losing marks on sections 20 and 21. 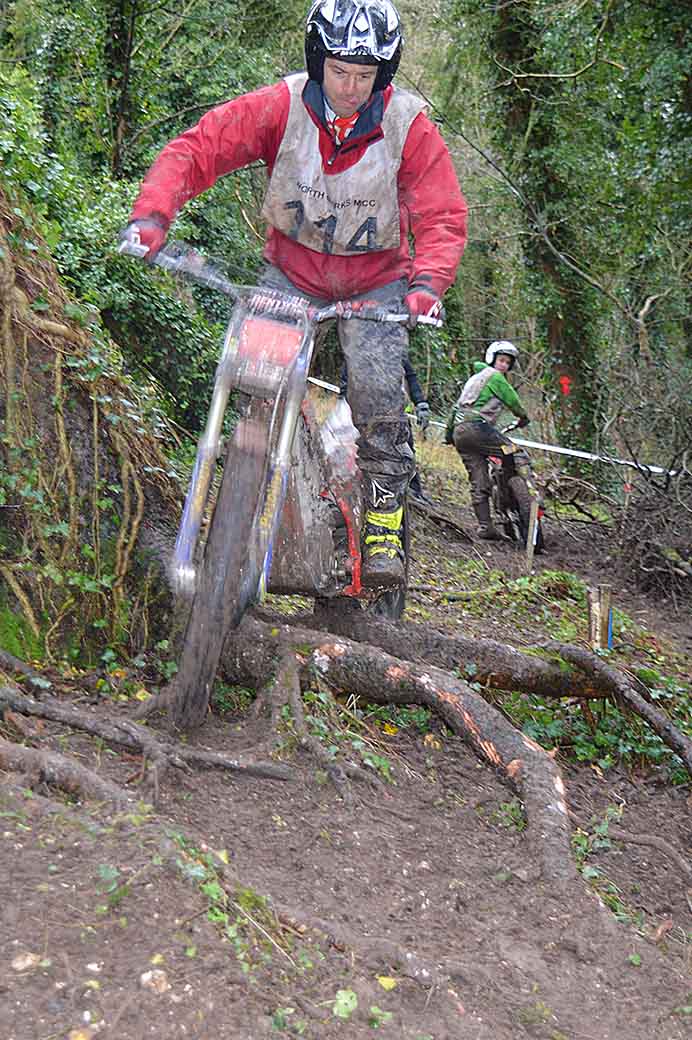 The majority of S3 Expert competitors conquered Nappers Lane and there were some amazing rides from Thorpe, Yeomans, Luke Walker and Chris Alford, who all cleaned Seymours Arena, with Thorpe claiming his second Wallace Cup win in a row.

Lollingdon Hill became very treacherous as the day wore on and section 22 was only cleaned by Elite rider Sam Haslam and S3 Clubman competitor Philip James Scott. Riders headed for Aston Pitt next, the old chalk pit situated on the outskirts of Aston Tirrold.

With weather conditions continuing to worsen sections had to be adapted. Onto Air Aide Shelter, the section had been shortened to keep the trial moving with only two riders on the Expert route managing to reach the end gates clean. 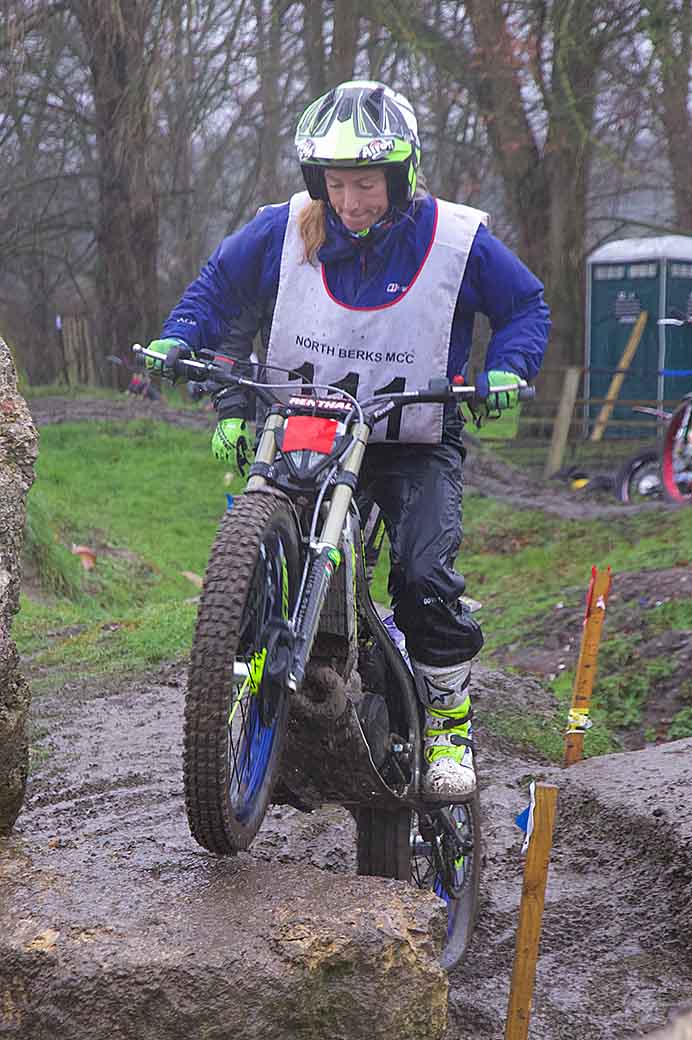 Unfortunately due to the persistent rain all day the final three sections had to be pulled to avoid riders drowning their bikes.

The trial had a healthy entry of women riders and Louise Alford finished in eighth place on the S3 Clubman Route, with local North Berks rider Alicia Robinson 18th. Katy Sunter was just behind in 19th, followed by Victoria Payne, Meg Savage and Katie Nash.

The Elite Class saw Ross Danby take the win on 13, with most his marks being lost at the Railway Bank. Sam Haslam was just two behind debuting his John Lee Honda 300, and Jack Sheppard was next home on 22 after dropping seven at the Lynch.