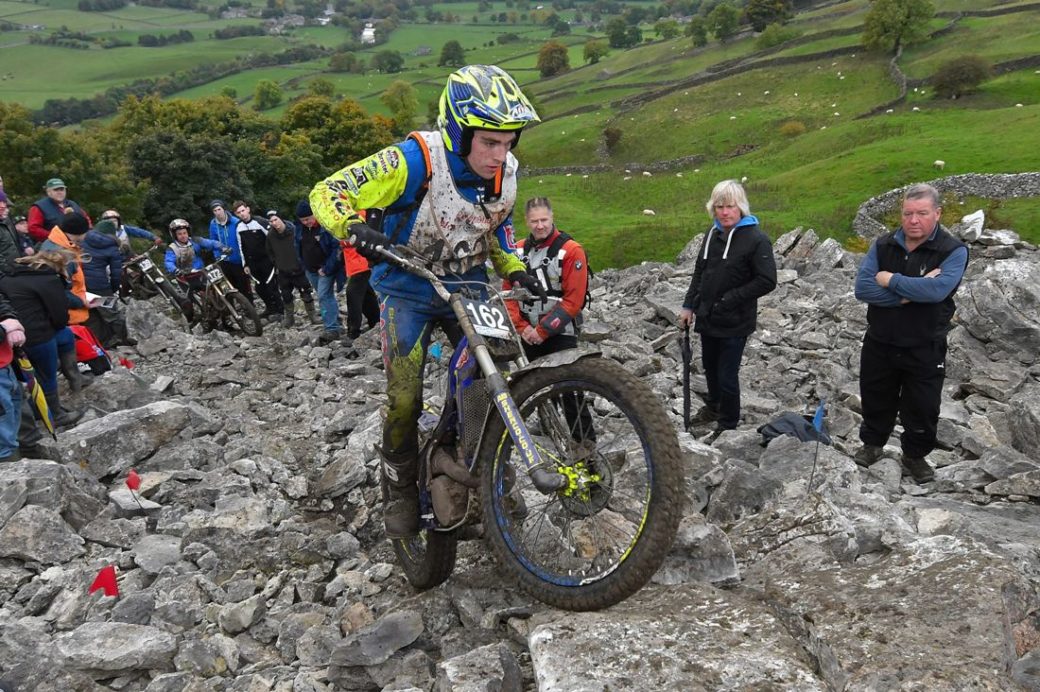 LAST Saturday’s Scott Trial was everything you could want from this unique event.

A cool day, conditions not too wet, a classic 80-mile course on the Yorkshire moors that had literally been months in preparation, thousands of spectators thronging the sectons and a bumper 200-strong entry.

Hard facts show that with just 88 official finishers only 44 per cent (don’t take my word for that, I’m rubbish at maths) completed the course.

More actually crossed the line but sadly were out of time.

While we are looking at hard facts, the fact is that just 16 riders from the first 100 numbers were classified as finishers.

And the first of those in the results was Scottish first-timer Joe Dawson in 54th place from his start No.96.

What a great feat.

You could draw the conclusion that in order to finish the Scott you need a late number – but that’s not quite the case.

The fact is that all the fit, fast and fancied riders are always grouped and graded at the back.

That is what helps make the Scott such a spectator spectacle on the day as the quicker riders make their way through the field, sometimes overtaking in the observed sections when the clubmen get stuck. Expect young Joe Dawson to get a later number next year…

The day was 90 per cent good news thanks to the amazing work done by the Richmond club, staging this trial is an extraordinary feat which very few clubs – maybe even no other club – could manage. The 10 per cent bad news comprised quite a large and active police presence and some pretty stupid parking by people who should know better.

The police usually just take a watching brief but this year were targeting non-legal motorcycles being ridden by trial followers.And judging  by the number of bikes witnessed being impounded and carted away they were disturbingly successful.

The Scott trial is a 100 per cent legal and law-abiding event and it is just wrong for spectators to see it as a free-for-all to do as they please.

Untaxed, uninsured and plain illegal bikes have no place at the event.

Spectators are on their honour to park sensibly and the vast majority make every effort to get all four wheels of their vehicle off the single-track Dales lanes.

The transgressors in the main are the vans following riders and there was some ridiculous parking, with drivers showing no respect to other road users.

This selfish behaviour puts the very event’s future in danger.

End of rant! But why do people think that for some reason legalities and common sense are suspended while The Scott takes place?

Meanwhile, the event proceeded with its usual speed with clocks and watches seemingly on fast-forward and before you knew it the successful competitors were making their way, gratefully, up the finish field to tell their tales of woe, or their triumphs and share their experiences with fellow competitors, friends and family…and anyone else who would listen.