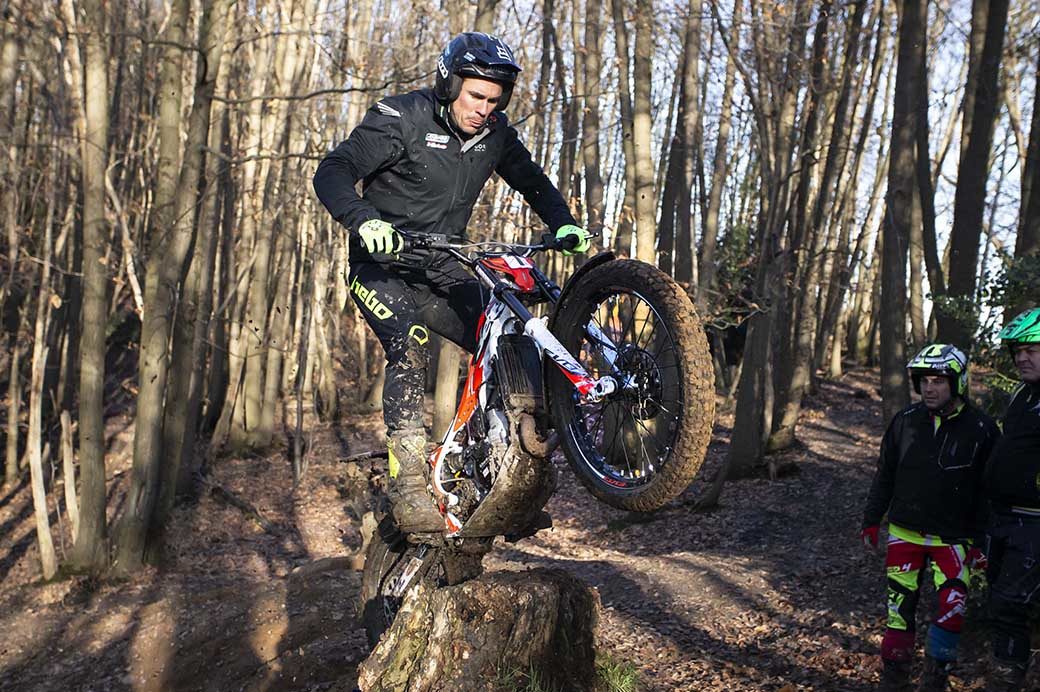 Sam Connor (Beta UK) won last Sunday’s Inta Motorcycles-sponsored Sidcup Sixty trial with a remarkably low score. But Connor is no stranger to topping this event as this is his ninth win since 1997.

The club laid out 20 testing sections for the field of more than 140 riders to complete over two laps. Riders set off in groups of three for what was, for some, going to be a long, hard day, for this, by tradition is the club’s hardest trial of the year. 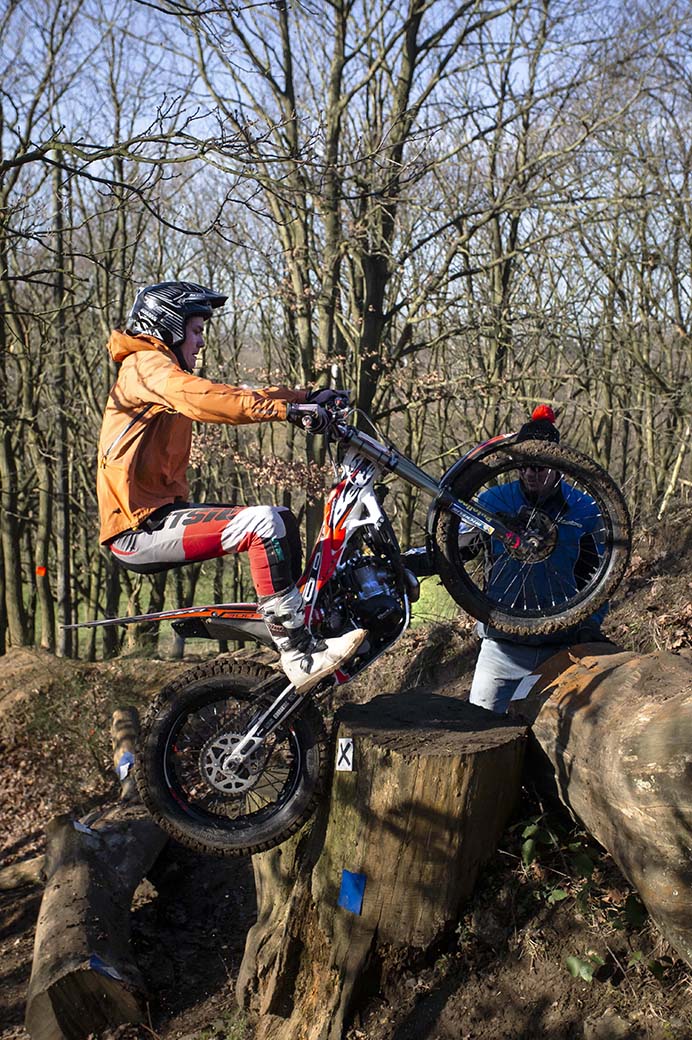 Tradition is one thing and reality another as Connor, riding the Expert Elite route, completed his lap with the loss of just two marks, the only rider with a single-digit score. He had a single dab on section four and another at 17.

His second lap was clean up too, once again, section 17, but he must have been a bit disappointed as a couple of sections later, and with just two left in the trial, he had a three on a section he cleaned on the first lap.

This gave him a final score of only six, 42 clear of second-place man Thomas Moss (GasGas). Moss started his trial well but had a five on the rocks of section seven. He then was clean until the truck tyres at 11, where most riders had failed.

Connor cleaned both sections as Moss ended his lap with 28 marks lost. His next lap was much better, with a single on the fourth and another couple of fives on sections seven and 11. He completed his second lap for 20, for a total of 48 and second place on the Elite route.

Oliver Smith (Oset Bikes Beta) was second after the first lap but slipped to third with a careless five on the opening section which put him one behind Moss when the score sheets were totalled. 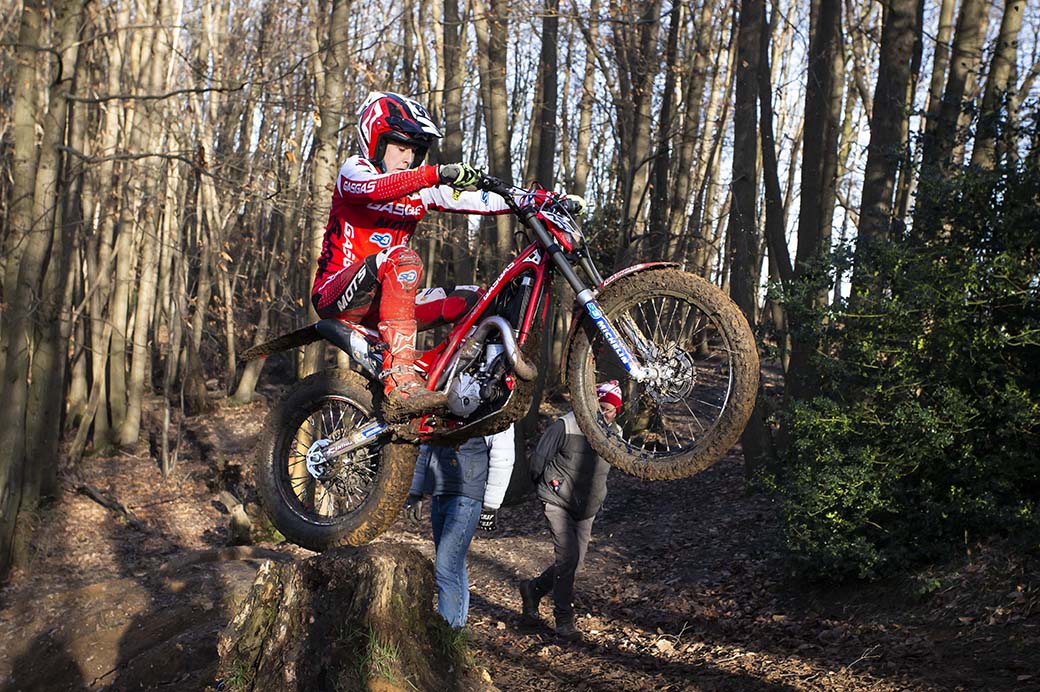 In the Experts, Gus Oblein (Sherco) had great opening lap, but suffered with the now usual fives on seven and 11.

Lap two went much better with three single dabs and a couple of threes and ended the lap on just nine which gave him a total of 26, just one point clean of the evergreen Julian Harvey (Sherco), who won the event outright in 1999 and 2003.

James Grist (Sherco) mastered the troublesome 11 and had a dab and a clean on his way to second place, just four points behind Harvey. Hugh Baker (Montesa) was third, but fourth to sixth place couldn’t have been tighter with a single point separating Simon Hiscock (Beta), James Burroughs (Beta) and Nick Dowland (Montesa).

Martin Carter (GasGas) only had two fives on his way to the Inter win with Andrew Eley (TRS) and Lewis Chapman (Montesa) getting First class awards. Fifth place man Tom Bartrum showed up a lot of the modern machines by finishing on 65 on a BSA Bantam. 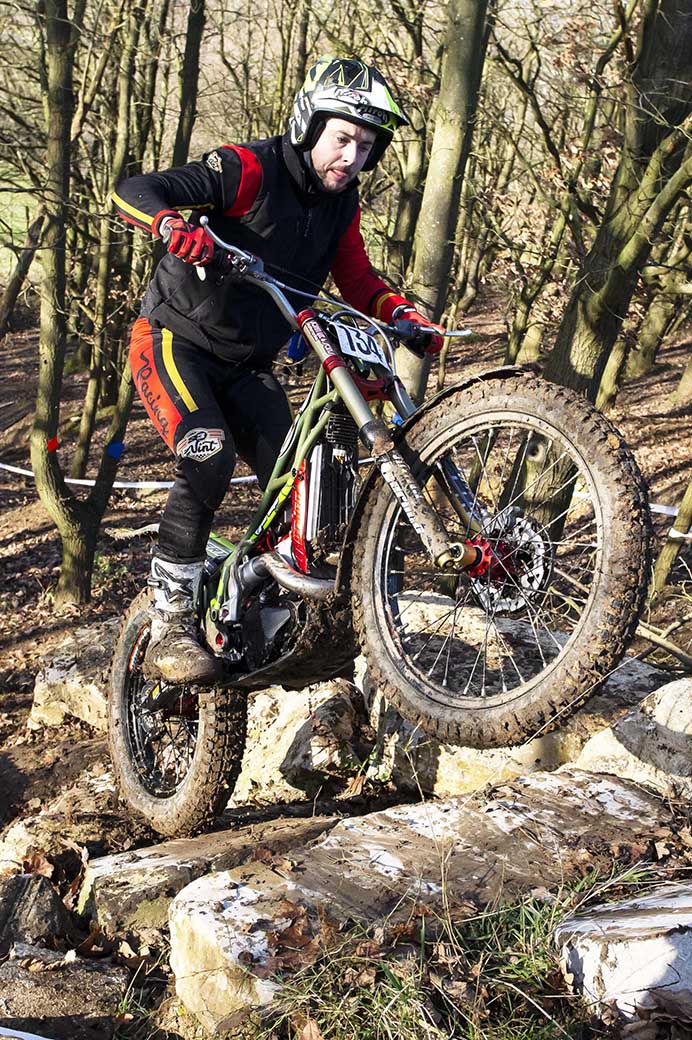 But, the most remarkable ride of the day came from young Jack Dance (GasGas) riding the Youth Expert Elites. He ended his event with the score of 42 lost, and as he was riding the same route as the Adult Expert Elite, he was fourth best Elite rider, and he was on a 125cc machine.

Max Agar (GasGas) was the only youth rider on the Expert route, and he finished on 97.