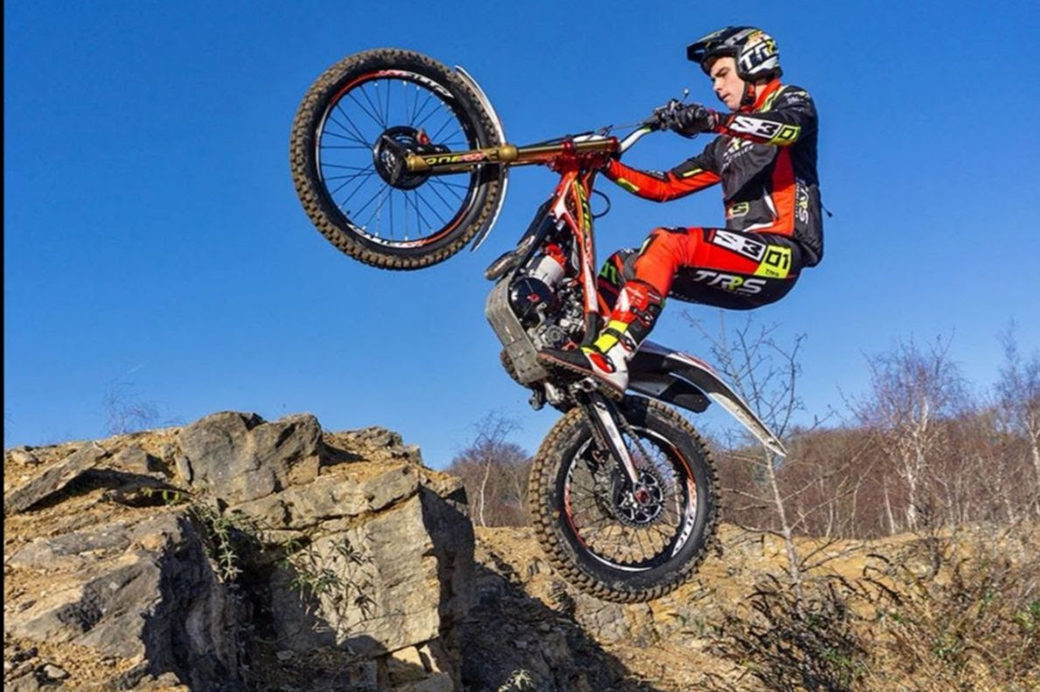 Toby Martyn (TRS) put on a world-class performance on Sunday to win the 78th running of the Sunbeam Southern Experts Trial with an incredibly low score of just four points.

The organising Bridport and Weymouth club did an excellent job of laying out 15 very testing sections for the riders to attempt three times in and around the Bowers Quarry on a windy Portland headland. 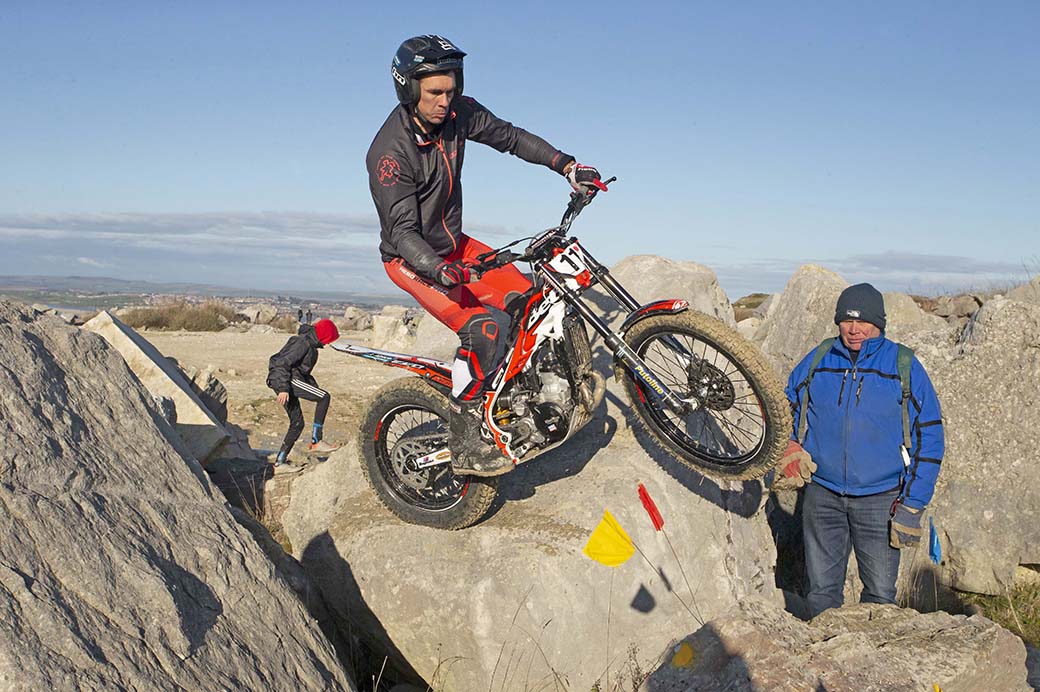 With it being a quarry there were rocks, rocks and more rocks – and it was going to take a brave, confident rider to tackle and tame them.

Martyn started his trial off well, taking dabs on sections three and nine to finish the opening lap on just two marks lost. But that’s not to say he was running away with it as Ross Danby (TRS UK) finished his first lap on three marks and Tom Minta (Scorpa) was just one point behind on four with Billy Green (RR Montesa) on five so it was all still to play for.

Things started to change on the second lap in the bright lunchtime sunshine as Martyn turned up the heat and did a lap with a single dab. Danby stayed with him but had dabs on sections two and nine.

Green completed his second lap with nine and moved into third place as Minta, with the loss of 12, slipped to fourth with a lap to go. 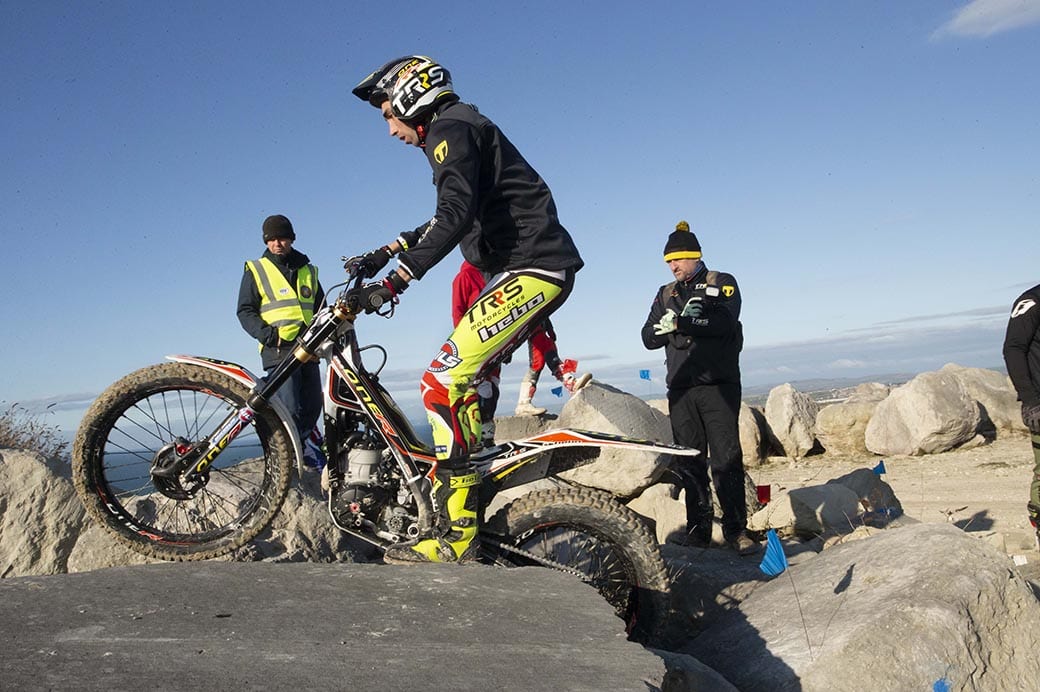 It was all shaping up for an exciting last lap when Martyn did another tour with just a single dab to end his day on a fantastic four marks lost. Danby had a two on section two and followed that up with three singles on five, eight and nine to give him five for the lap and 10 in total for second overall.

Green added seven to his score on the last lap for a total of 21 and third in the trial with Minta fourth on 29.

Sam Conner (300 Evo Beta) was fifth on his first ride back since shoulder surgery.

“It’s been a really good day for me considering it’s my first ride with TRS,” said Martyn. “It’s nice to start that off with a win at this prestigious event.

“There are so many big names on the winner’s trophy and it’s an honour to have my name added to it. I lost a couple on the first lap and one more on each lap after which I can only put down to perhaps a loss of a bit of concentration.” 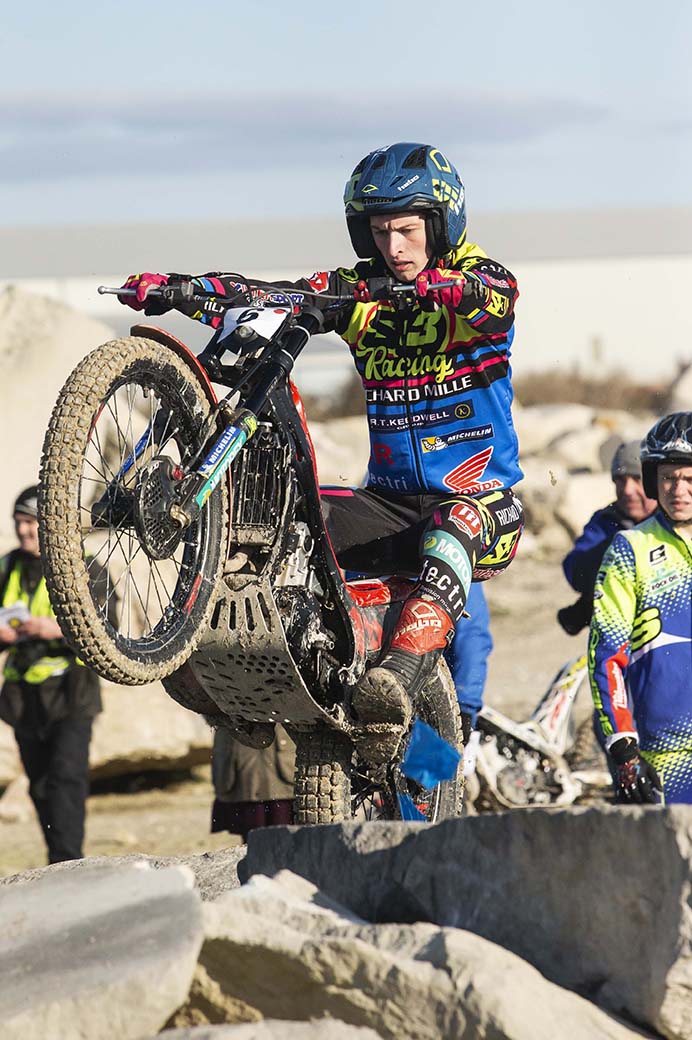 On the Clubman Expert route the score was a bit higher as winner Grant Laming (300 TRS) went 16-16-13 for a total of 45 with second-placed Ben Lovelace (TXT GasGas) 10 points behind him.

Thomas McCabe (300 TRS), Jason Galvin (300 Evo Beta) and Toby Smith (260 Montesa) all finished the day on 65 but ended in that order via the furthest clean rule.

Neal Hubbard (250 Pro GasGas) was in control of the Clubman class and his score of 11 was 21 clear of second-placed man James Conner (250 Evo Beta) who had James Stay (300 RR TRS) just three points behind him.

Oliver Stay (125 Evo Beta) won a closely-fought batter with Alice Minta (125 Scorpa) in the Youth A class as the pair of youngsters ended the day separated by just one point.