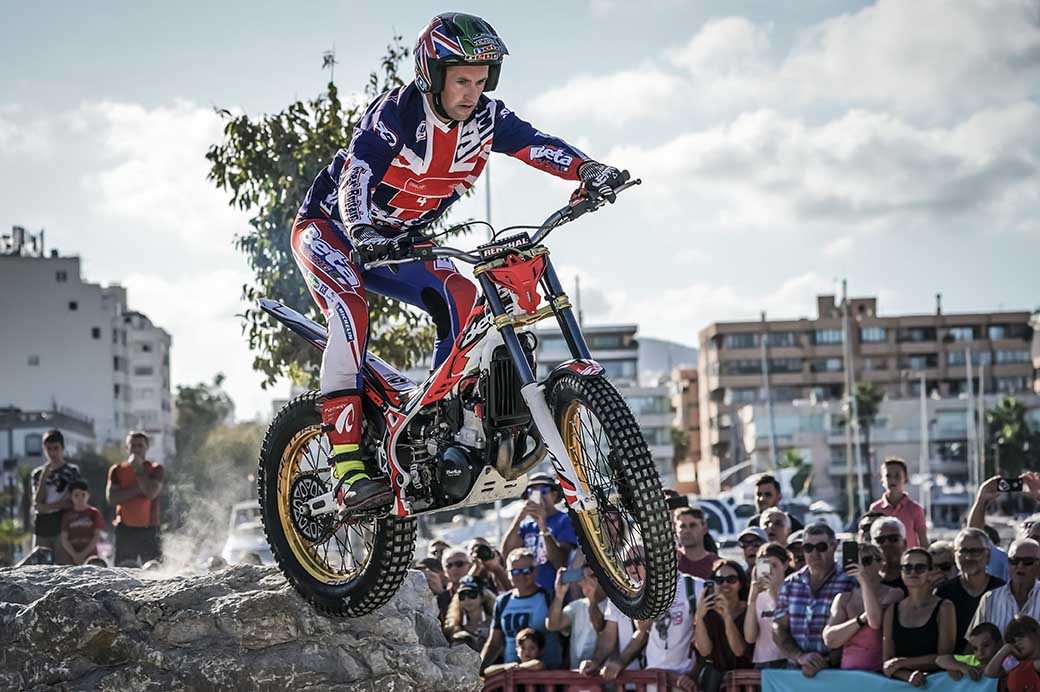 Host nation Spain doubled up to top both the elite Men’s and also the Women’s categories in Qualification at the 2019 FIM Trial des Nations on the Balearic island of Ibiza as Team USA came home in front in the second-tier International Trophy class for men.

The biggest gathering of the global Trial community, the TdN sees riders from around the world come together for a two-day celebration of the sport with the honour of being crowned the number one nation up for grabs.

Contested by teams from four continents and 16 countries, in the premier men’s category it was reigning and 13-time World Champion Toni Bou (Repsol Honda) who did the business for pre-event favourites Spain over the man-made section in the centre of Ibiza Town.

In a shock result, Norway ended Qualification in second thanks to Hakon Pedersen (Gas Gas) who, despite not being an FIM Trial World Championship regular this season, raced around the section in a time of 0:25.94 to just edge out Team GB’s Toby Martyn (Beta).

Reigning Women’s TdN Champions Great Britain, with six-time World Champion Emma Bristow (Sherco) at the helm,started in in fourth after Berta Abellan (Vertigo) posted an incredible time of 0:22.46 over an eased course to seal a comfortable victory for the Spanish ladies ahead of a strong Norwegian team led by Ingveig Hakonsen (TRRS).

In the men’s International Trophy competition, Team USA’s Pat Smage (Sherco) was unbeatable with his time of 0:21.55 handing his nation a winning margin of over a second from Germany with Sweden in third ahead of Australia and the Czech Republic.