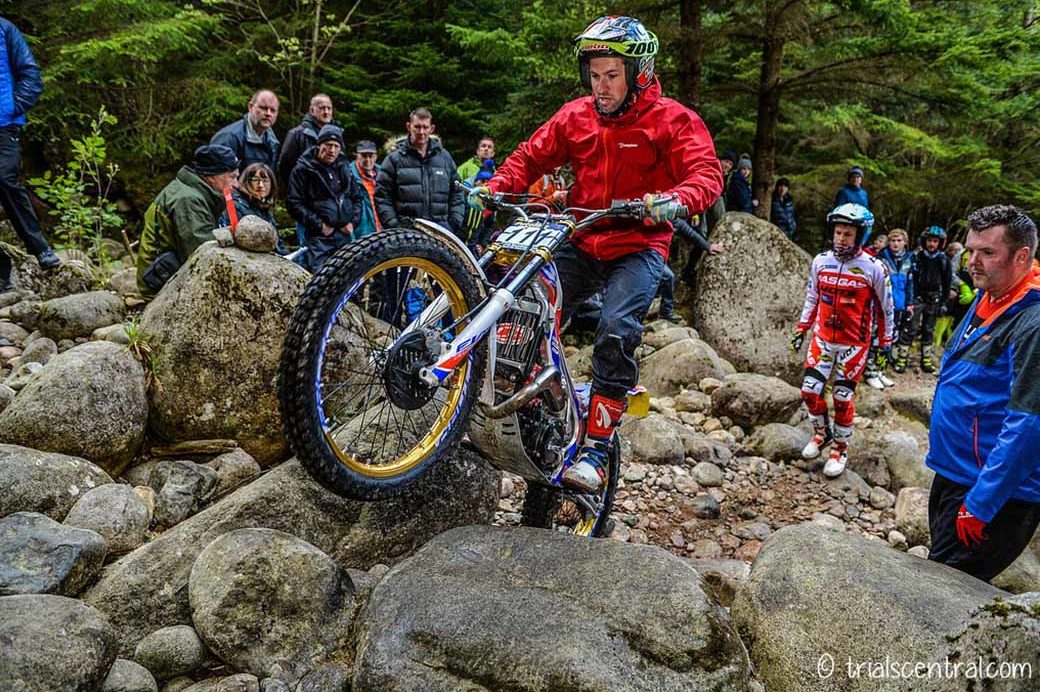 Beta’s James Dabill retains the lead in the 2019 Scottish Six Days Trial as the prestigious Edinburgh and District Motor Club’s event reached the half way stage on Wednesday evening surviving his early start day with a loss of just two marks, his first of the week.

The day’s route began heading south from Fort William before taking a trip across Loch Linnhe on the Corran ferry and immediately into the first group at Ardgour.

Riders then headed Strontian taking in the Carnoch group. More roadwork to Bellsgrove then off-road to Coire Dubh and then cross country alongside Loch Shiel before returning to Fort William via sections at Uachan, Fassfern and Annat and the final group at spectator favourite Trotters Burn with today’s route clocking up 77 miles in total.

Dabill dropped one of his marks in the second section of the day at Ardgour and another at the following group Carnoch, after a brilliant clean on the first section of the group where he pioneered a line that all successful attempts would follow.

While Dabill may have retained his three-point advantage, this is now held over 12-times and reigning Scottish king, Dougie Lampkin who very much has his eyes on the top step of the podium on Saturday night.

The Vertigo factory star had taken his early start on Tuesday and was now in the favoured position at the back of the field. Lampkin joins Gas Gas UK rider Michael Brown on five marks overall after Brown dropped just two for the day to maintain his challenge for a first Scottish victory.

In fourth place, Sherco’s Dan Peace is still in the hunt for a podium place with an impressive third day performance, equalling Doug’s one mark effort. Iwan Roberts (TRRS) fought back from a poor Tuesday to leap back into sixth place, just behind Gas Gas ace Jack Price, who kept his daily loss to just two.

The fourth and last rider to ride all 30 sections for just one mark was veteran John Lee Gas Gas rider, Sam Haslam. Haslam always comes good for the Scottish and holds on to his place in the top ten.

Thursday will see another long day in the saddle, starting with a trip along the historic Mamore road to Kinlochleven, then down Glencoe taking in sections at Chairlift and Ba House before hitting the tracks across Rannoch moor to the final group which will be six sections at Fersit.

The second longest route of the week, Thursday will see the riders clock up 101 miles in total.