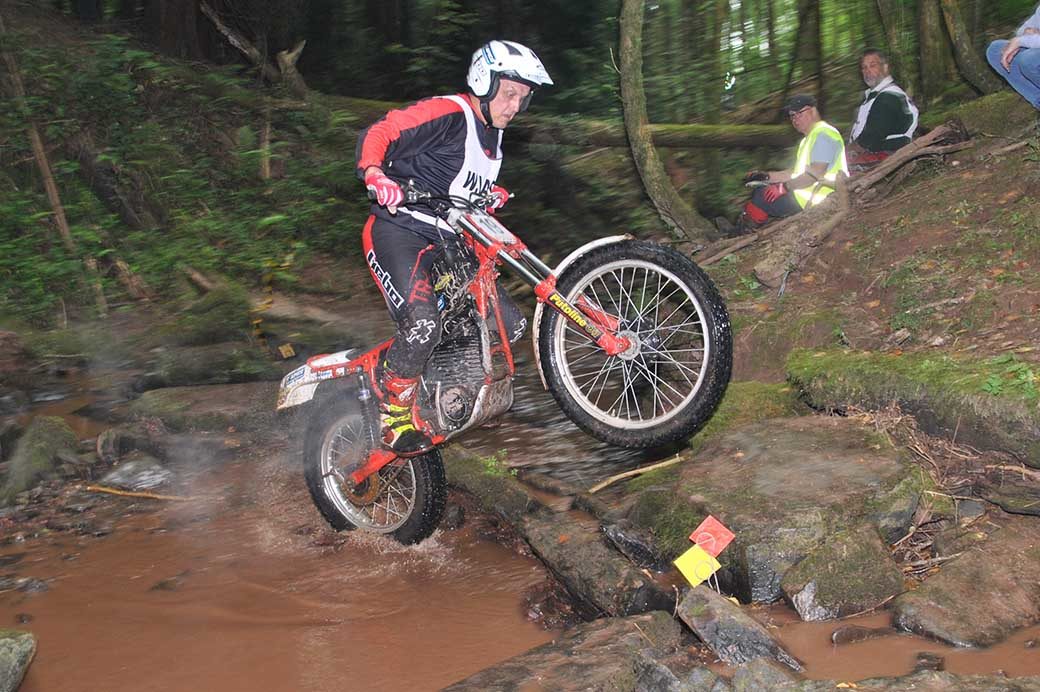 There are just two weeks to go now to the opening event of the 10-round 2020 KIA National Twinshock Trials Championship which gets underway on Sunday, February 23, courtesy of the Central Wales Auto Club (CWAC).

The trial will be staged, to the usual KIA format of two laps of 20 sections, at Cwmblewyn Farm, Whitton, Knighton, LD7 1NP.

Four classes are tried and tested, as the series hits its seventh season, and they are: Air-cooled Mono, Historic Spanish/ Pre-78 Twinshock, Twinshock and Britshock.

The trials are all dual route to suit Experts and Clubman so all skills of rider are catered for.

Originally aimed at the Historic Spanish machines, like Bultaco, Ossa and Montesa, the series attracts good entries in all classes and machines used range from 50cc to 500cc.

Riders on machines from both ends of the spectrum have an equal chance of success over the season.

The second round, which will take place on Sunday, March 15, is a new one for the series as the organisers have always tried to keep it fresh rotating organising clubs each year.

The Bootle club in Cumbria have joined in this year and will run on their well-known Fell Green venue.

Bootle is around 45 minutes from J36 of the M6 and the sections will be a great mix of Cumbrian becks, rocky outcrops and steep fellside climbs as well as a picturesque ride round – fingers crossed for good weather and views of the Isle of Man and Scotland.

Regs are out for the opening rounds and all series info including entry forms can be downloaded from the KIA website which is twinshockchampionship.org

You can also call in at the KIA Twinshock stand at the upcoming Telford Show and have a chat with the knowledgeable organisers.

It is a very friendly series with plenty of banter – and help should you need it. You don’t need an expensive shiny bike, just drag that old Twinshock from the shed and kick it into life.

Just give it a go and maybe put the fun back into your Sunday ride!