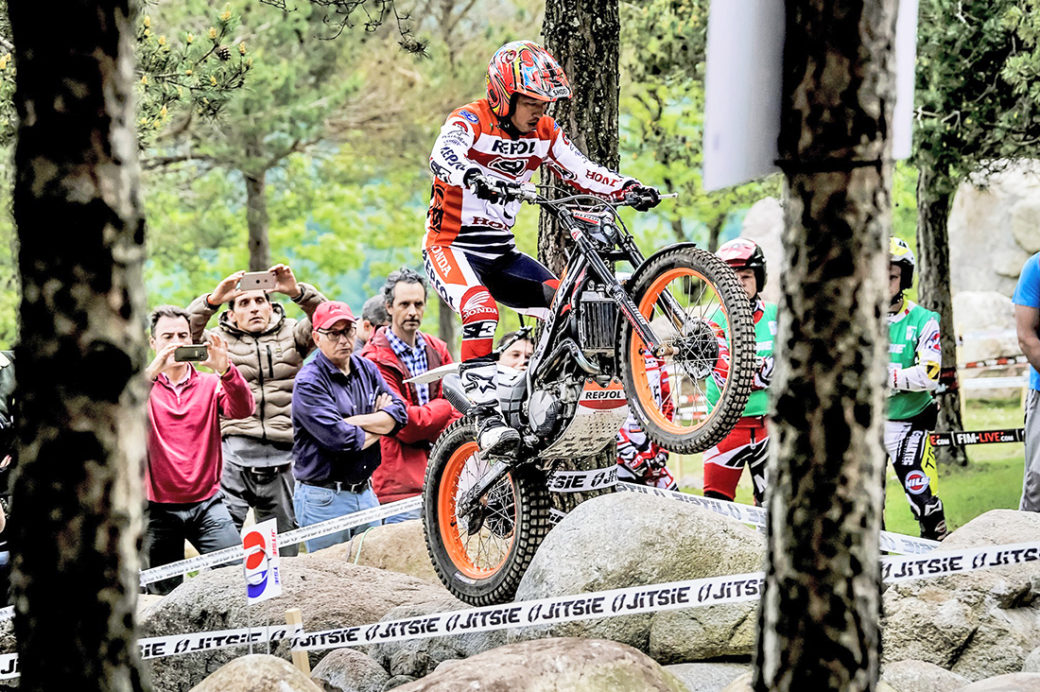 THIS weekend sees the second round of the FIM TrialGP and after the series opener in Spain two weeks ago it is now off to Japan and the first flyaway event.

The venue once again is Twin Ring Motegi, the awesome Honda owned motorsport facility which is situated some 90 miles north of Tokyo.

Motegi is unique in TrialGP history in that it has been a round of the series every year since its inception back in 2000. Amazingly, three riders have contested every single event and they are Adam Raga (TRS), Albert Cabestany (Sherco) and home hero Takahisa Fujinami (Repsol Honda). Fujigas, resident in Spain for many years, uses the Japanese round to visit his family and many friends in Japan.

Takahisa has an impressive record at his home GP having taken three wins in a total of 26 visits to the Motegi podium.

The Japanese TrialGP is the first of two two-day events which are effectively three under the new Sport7 format as Friday hosts the new for 2017 Qualifying round, where all riders in all classes tackle a single timed section

The results are then used to determine start order in the Championship round or rounds. Saturday and Sunday will then see two separate rounds of the series.

An impressive 64 competitors will battle for points in Japan across the three classes, TrialGP, Trial2 and Trial125.

These are the well-known veterans Tomoyuki Ogawa (Honda) and Kenichi Kuroyama (Yamaha) and the experienced Fumitaka Nozaki Beta) who has contested the series previously for the original Scorpa factory.

Kuroyama was of course a regular on the World Championship scene in the 1990s and continues to impress, aged 39, on the twin-cam, four-stroke Yamaha.

Toni Bou (Repsol Honda) made the perfect start to the season with victory in Spain where the top five had an all too familiar look as he was followed home by Adam Raga (TRS), Albert Cabestany (Sherco), Jeroni Fajardo (Vertigo) and Fujinami.

James Dabill (Vertigo) and Jack Price (Gas Gas) are chasing glory for Britain with the impressive Pricey fresh from winning Sunday’s British Championship St Davids Trial and leads the series and of course his excellent runner-up spot in the Scottish Six Days.

A top 10 finish for Jack in Japan would be a real boost and really make the trip worthwhile. Both riders are looking for improvements from eighth and 13th respectively in Spain.

Trial2 is the big hitter numbers wise with 29 including no fewer than nine Japanese wild cards with Akira Shibata and Tsuyoshi Ogawa both known to European trials fans.

All the boys will be looking to pack the top 10 in Japan and all have the skill to do just that.

We know Billy will be a strong contender all season, the unknown quantity this weekend is of course the Japanese youngsters who may well mix up the points.

With two full days of competition there are plenty of points up for grabs and the series will take some form of shape over the weekend.