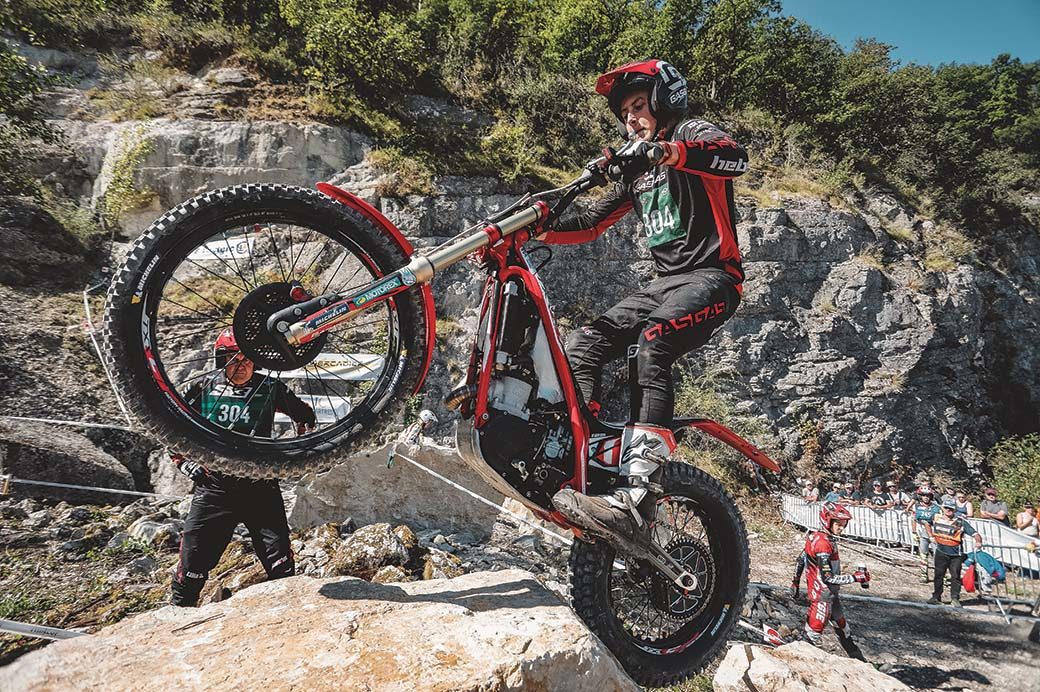 Finishing the 2021 FIM Trial125 World Championship exactly as he started it – winning – Jack Dance put the finishing touches to his highly impressive 125cc world championship campaign, claiming victory at the TrialGP of France.

In doing so he secured the Trial125 World Championship title! Together with Miquel Gelabert finishing fourth, and Jorge Casales seventh, in TrialGP, all-in-all it was a highly positive day for GASGAS at the TrialGP of France.

“It’s an amazing feeling to be the Trial125 World Champion,” said Dance. “It’s been a tough season, staying on top was hard, but my mum, dad, brother, and the whole GASGAS team have been there to support me so that has been a big help.

“Today I just concentrated on riding trial like I know how and didn’t think about becoming a world champion, because otherwise, the pressure would have been too much.

“It was an amazing feeling coming out of section 12. I wanted to come and win today, not just to secure the championship but because it’s an awesome feeling for the team and my family.” 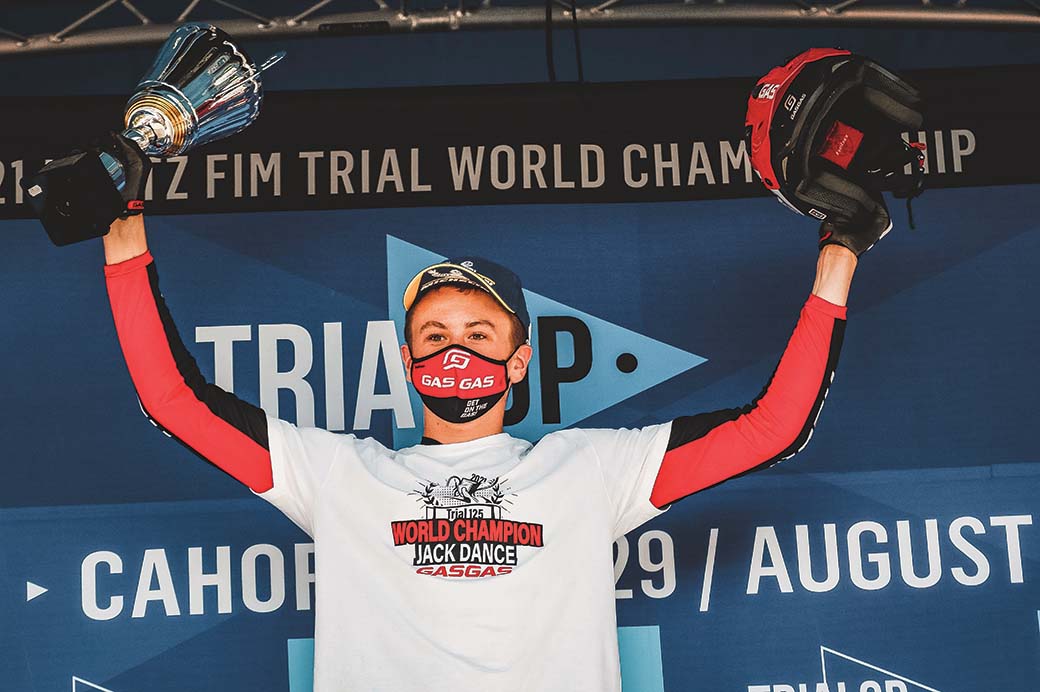 Podium-topping ride is Jack’s third of the season aboard his TXT GP 125 (Image: Future7Media)

Arriving at the final round of the Trial125 championship at the head of the class standings, Jack put in a champion’s performance in France, completing the event’s opening lap with the loss of just one mark. Remaining cool, calm, and collected throughout the all-important second lap, in dropping only four marks he ended the day with just five marks lost, 10 clear of his nearest challenger Guadi Vall.

Jack’s win, added to his two other victories and two runner-up day results earlier in the series, saw him win the Trial125 title in style, 18 points ahead of runner-up Harry Hemingway.

Albert Cabestany – GASGAS Factory Racing Trial Team Manager: “The star of today is obviously Jack Dance. He got it done today and it wasn’t an easy task. The sections for the Trial125 guys were really easy so after starting last and having to deal with all the pressure, he really showed that he deserves this title. I’m really happy for him, his family, and John Shirt, who supports him at a UK level, so I can only congratulate them because they made a great job.

“The team mechanics helped him in setting up the bike and making it his own, but in the end, Jack is the star and the one who made our bike shine. Congratulations Jack! We’re really pleased to have him in the team.”