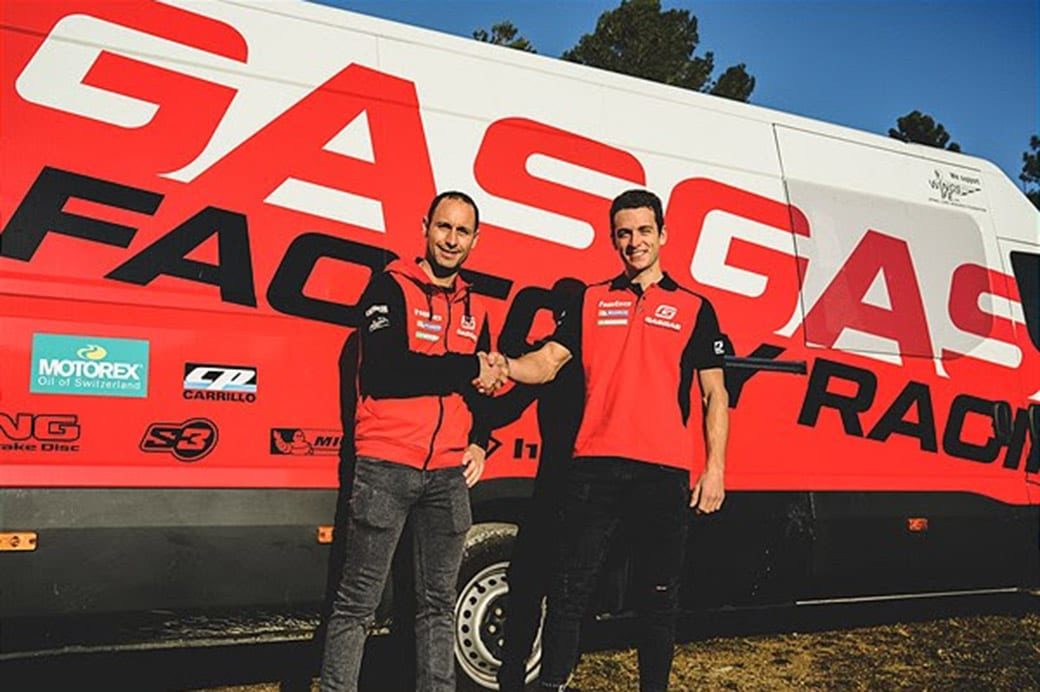 The Spanish trial ace will compete alongside Jorge Casales as part of the well-established and successful team, with both riding the proven GASGAS TXT GP 300 machinery.

Entering his debut TrialGP season in 2016, Miquel Gelabert delivered incredibly consistent results to place 10th overall in the final standings. Following his impressive start, the Spaniard then continued to maintain solid form during his second term, placing 11th overall in 2017.

2018 was the year Miquel made his first trip onto a TrialGP podium, while competing in the UK at the penultimate round of the series. The then 20-year-old claimed third overall on the day – a result that helped lift the youngster up to ninth in the final championship standings.

Consistent results continued in 2019 and 2020 with Miquel again impressing throughout each campaign, ending both seasons in eighth overall. Three times fifth overall during the 2020 series, Gelabert has formed a strong foundation for future successes with GASGAS Factory Racing.

Now, with the newly appointed Trial Team Manager Albert Cabestany in his corner, Miquel Gelabert is armed with the support and machinery needed to progress up the world rankings and earn his place as a regular contender for podium finishes.

“Last year I decided to race their bike under a private team, and it worked really well. I managed to get some good results and now I’m racing for the factory team!

“For 2021 I hope to achieve many podiums and be able to finish inside the top three overall. I know that it won’t be easy, but I believe I have the level to do it. Right now, I’m training as much as I can and once I’m feeling 100 per cent confident with the bike I think we can accomplish my goals.

“Also, having Albert Cabestany as my team manager is great, I’ll be able to get really valuable feedback from him. He has been a top rider for many years so his experience will help me. I can’t wait to start competing for GASGAS Factory Racing.”

GASGAS Factory Racing Trial Team Manager, Albert Cabestany: “It’s a really exciting time with Miquel joining GASGAS Factory Racing. He’s a really skilled trial rider, with exceptional consistency, which is really important for success in trial. I believe that now he is on the factory team, with encouragement and guidance and the team’s support, we will really see what he is capable of in 2021. We still have some time to fully-prepare for the season and I am really confident that we can achieve great results together. With Miquel joining the team alongside Jorge Casales, I’m excited to begin working with both riders and can’t wait for the season to start.”