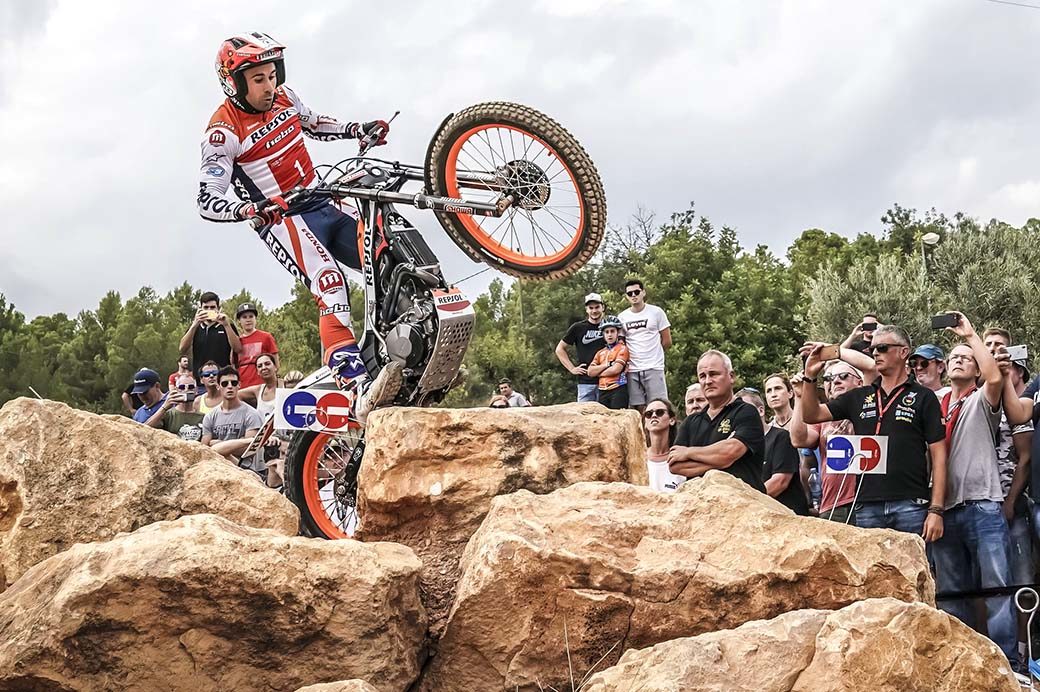 The Trial GP of Spain was the final event of the 2019 season and while the Blue Riband Trial GP class had already been won by Toni Bou (Repsol Honda) – for a record 13th time in succession – the three remaining classes, Trial 2, Women’s Trial GP and Women’s Trial 2, were all still up for grabs.

The unstoppable Toni Bou (Repsol Honda) signed-off the 2019 season in his usual position, on top, to make it a perfect season with seven wins from seven starts, at the final round of the 2019 FIM Trial World Championship at a hot and humid TrialGP staged in La Nucia, Spain.

Toni did what he does best and that is win. Conditions, just north of Benidorm on the Mediterranean coast, were dry and dusty and Bou, as expected, looked completely at home.
Following his dominance in Saturday’s Qualification, he had the advantage of starting last and he converted this into a convincing victory, despite incurring eight time penalties. 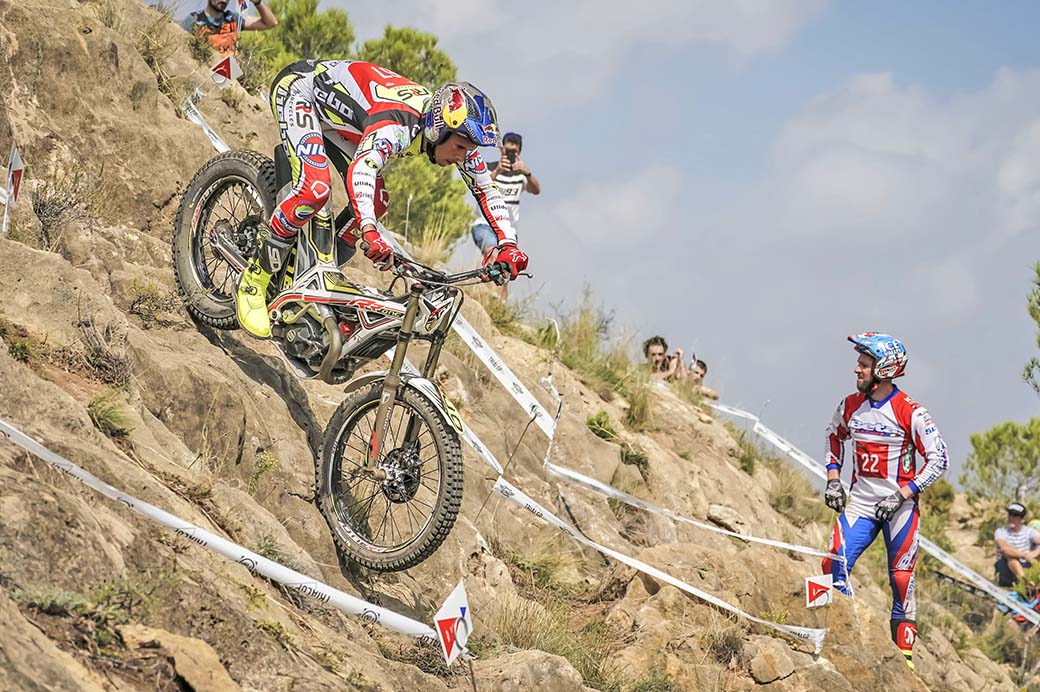 This gave him a 100 per cent winning TWC season.

The sections, a mixture of man-made and natural obstacles, were super-tough and Bou collected three maximums on his opening lap but at the halfway stage he still led on a total of 17, with his compatriot Adam Raga (TRRS) next best on 24.

Then, as we’ve seen so many times before, when the going gets tough then Bou gets going and his lap-two total of just 11 saw him run out a convincing winner with an eventual victorious margin of seven over Raga, who picked up four marks on time.

“I was pushing very hard to win and it was easy to make mistakes today. I think this has been the best season in my career. I have had many victories but this has been the year I will remember as the one I had the greatest form.”

Veteran Japanese rider Takahisa Fujinami (Repsol Honda) now 39 years old, secured his fifth podium finish of the year to take a superb third in the championship, although he was 21 marks adrift of Raga on the day after incurring two time penalties.

Fajardo, scoring his first Championship points of the year following a retrospective 12-month ban for a drug-related offence collected 11 time penalties which proved to be expensive but he still finished two in front of fellow Spanish rider Jaime Busto (Vertigo) in fourth.

James Dabill (Beta) didn’t have his best day at the office and finished the day in ninth, just pipping fellow Brit Jack Price (Gas Gas) on a tie-break after both dropped 89 marks while Dan Peace (Sherco) ended his first full Trial GP season in twelfth place in Spain on 101 marks.

Heading into the event only one point behind Trial2 defending champion, Italian Matteo Grattarola (Montesa), home favourite Gabriel Marcelli (Montesa) ran out a four-mark winner from another Italian Luca Petrella (Beta) to take the title.

Grattarola slipped up to end the day in fifth behind the Spanish pairing of Aniol Gelabert (Scorpa) and Francesc Moret (Honda). 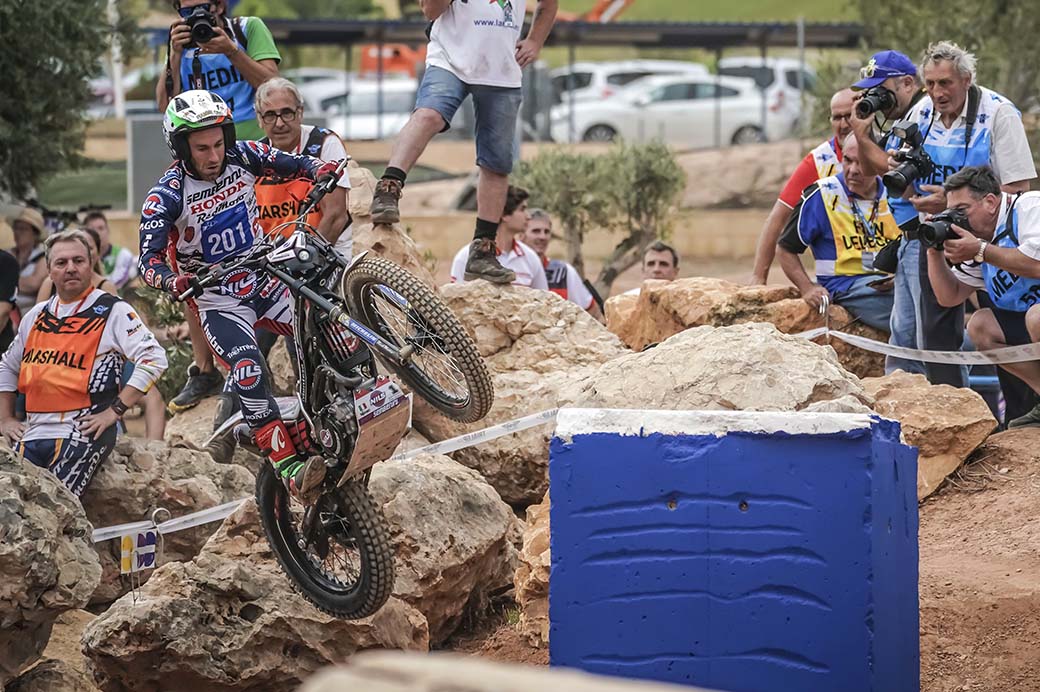 It was an important Championship for young gun Marcelli who will surely look to Trial GP to take the next step in his career, unlike Grattarola who moved down from the top class.

Britain’s Toby Martyn (Beta) finished fifth on the day but just lost out on third in the series to veteran French rider Alexandre Ferrer (Sherco).

Jack Peace (Sherco) finished sixth on the day and seventh overall while Devon teenager Billy Green (Montesa) just missed out on the points in 16th and wound his Championship season up in 13th.

After dominating the opening four days of competition in the 2019 TrialGP Women class, Britain’s Emma Bristow, who hasn’t been beaten since the final round of 2017, was in complete control and ended the day eight marks ahead of Berta Abellan (Vertigo) on a total of 28.

The young Spanish rider was still in contention following the opening lap and was just one mark adrift, before Bristow’s commanding second lap of 12 sealed the deal. 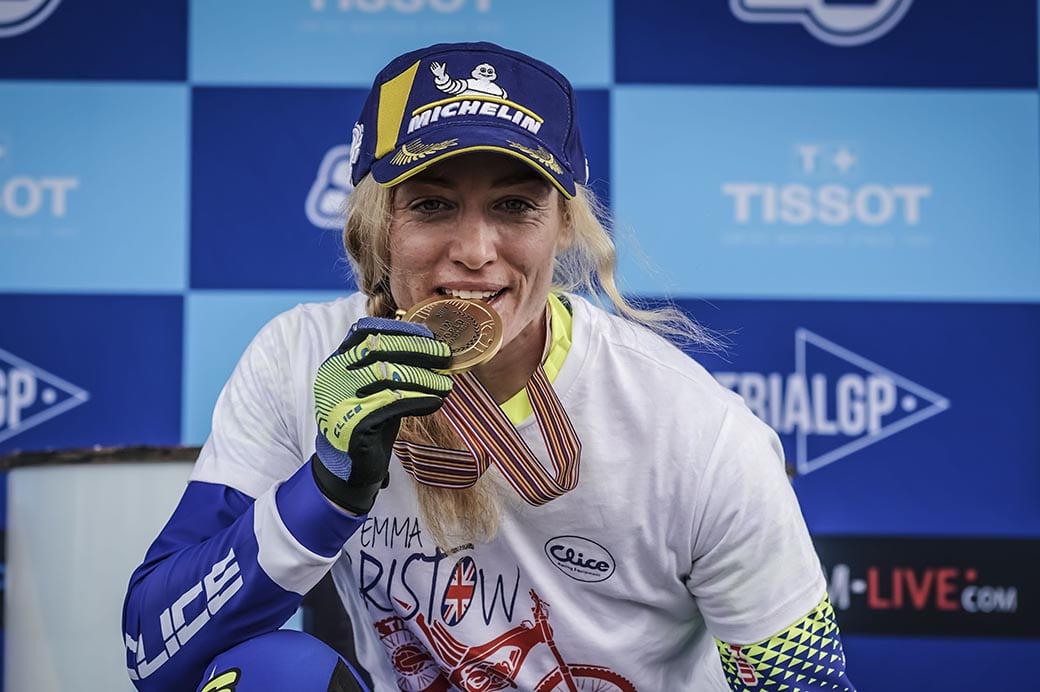 “It was easy to make a mistake today,” said Emma, “especially as it was so steep so I’m pleased to win.

“I didn’t have the winning margin I would have liked but I will be pushing hard next season. Today I have taken my sixth world title and while it’s hard to keep winning I’m really pleased.”

BRITAIN had an outside chance of success in Women Trial 2 as although German Vivian Wachs (TRRS) was unbeaten heading into Spain having won both previous rounds, Shropshire’s Alice Minta was right on the case having taken a brace of runner-up berths.
And although Wachs clearly succumbed to the pressure and dropped to fifth at La Nucia she took the title on most wins from Alice Minta (Scorpa) who tied her on total points after finishing second on the day.
Ironically, Alice was pipped on the day in Spain, finishing two marks behind her fellow Brit Alicia Robinson (Beta) who took a stunning and well-deserved victory.
The British one-two shows great promise for the future as France’s Caroline Moreon (Sherco) was another two off the pace in third.