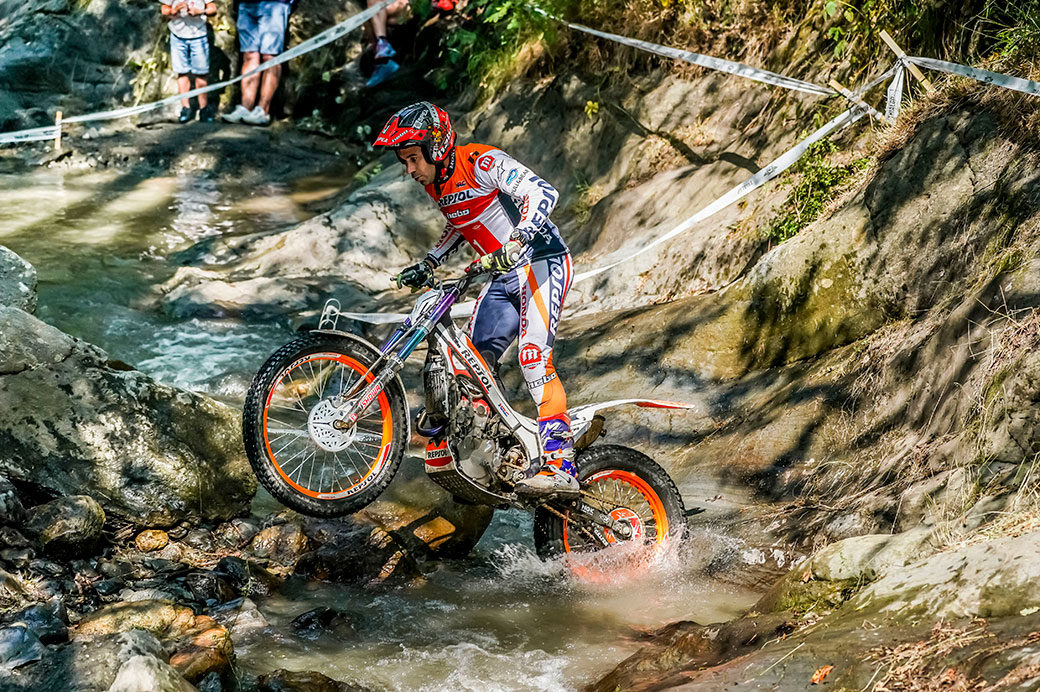 Repsol Honda Trial Team rider Toni Bou finished the fifth round of the TrialGP World Championship in Andorra on the third step of the podium, yet retains the overall championship lead. Takahisa Fujinami replicated the previous day’s result finishing eighth.

The second trial of the Andorra TrialGP turned out to be an arduous task for the Repsol Honda Team riders. Andorra, while always a gruelling event for riders, also usually makes huge demands on the bike due to the high altitude of the sections and the high temperatures. The day proved a struggle for all the competitors over the two twelve-section laps of the Sant Julià de Lòria course.

It was Toni Bou’s turn to struggle in Andorra. Right off the bat, in section two, he picked up a puncture, before committing several errors which would eventually cost him the lead and rob him of a potential 10th win in Andorra. The Repsol Honda Team rider had to settle for third place in the end, but Bou keeps hold of the overall championship lead with an eight-point advantage over pursuer Adam Raga, winner of day’s trial.

“This weekend was really complicated,” said Bou. “Finishing first and third is a great result, considering that we struggled so much. Despite all the problems, the team has worked hard and I am very grateful for that. Now we just have to work to recover the good feelings on the bike and be in the fight for the win in France next week.” 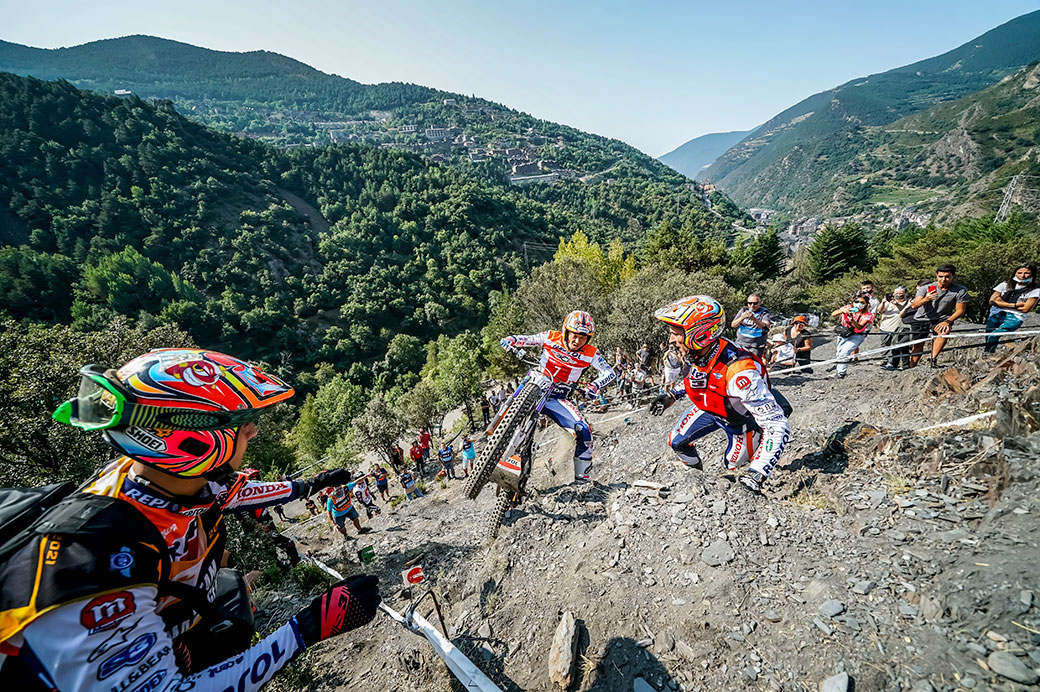 Takahisa Fujinami was unable to improve on the feelings and performance of yesterday and concluded the trial in eighth place. The result drops the Japanese rider down a position in the overall standings to fifth.

Team Manager Miquel Cirera: “Today we suffered a lot. We set-up the bike in such a way, but it didn’t really work out mechanically. It’s always important to be on the podium, so we thank Toni for the effort he made today to finish third.

“Fujinami stayed in the same group where things are very tight, and you could easily go from fourth to eighth; it was very tricky. This weekend the whole team has worked really hard and we have to congratulate the mechanics.

“Now, we have our minds set on France, where we will continue to do our best to get decent results.”

Repsol Honda Team will get little rest this week with the forthcoming sixth trial of the 2021 TrialGP World Championship to be held next weekend in Cahors, France.