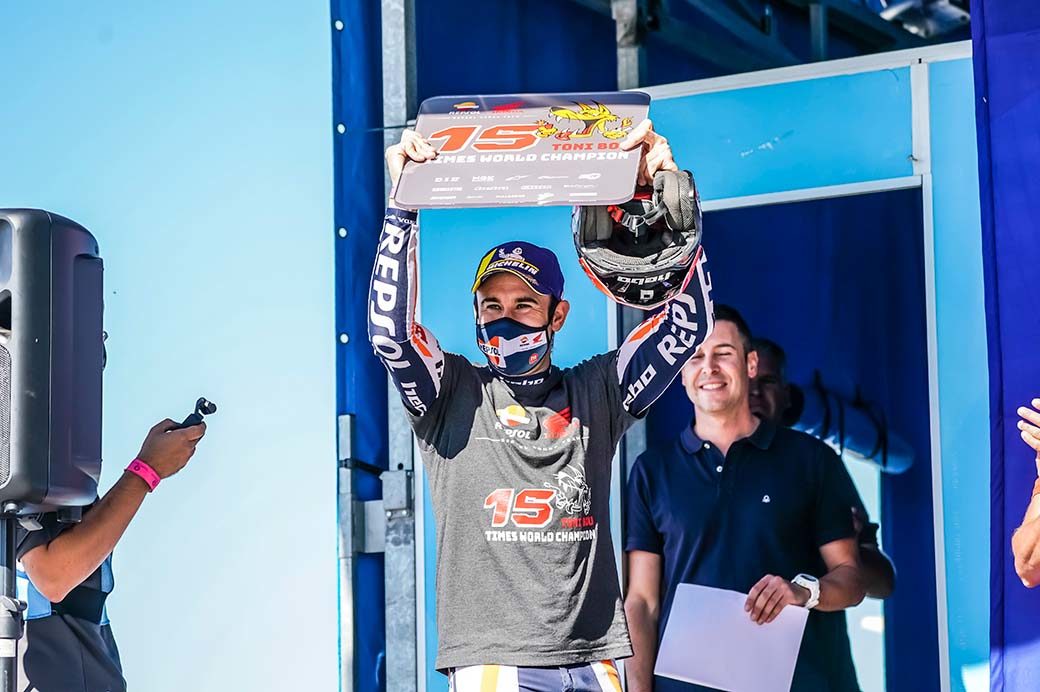 The Repsol Honda Team rider has been proclaimed the 2021 TrialGP World Champion. Toni Bou – who also won the day’s trial in Portugal – takes his GP palmares to 125 triumphs and 15 consecutive TrialGP titles, plus 14 indoor: 29 championship wins for the greatest rider of all time.

The Repsol Honda Team ace set the benchmark from the start in a trial filled with natural yet demanding sections, where the first 12 sections had been made quite slippery by the water which flows through the Portuguese town of Gouveia. Bou made it through to the end of the trial with sufficient advantage to claim a 125th victory in the Trial World Championship for the Montesa Cota 4RT rider. This season saw him victorious in seven 2021 Trial World Championship events to clinch the top TrialGP World Championship honours for a 15th time in a row.

Today was also a very special event for Japanese Repsol Honda Team rider Takahisa Fujinami who brings to an end his career in the Trial World Championship. Fujinami rode a trial that went from strength to strength, improving considerably on the second lap before eventually posting seventh place on the day. “Fujigas” thus wraps up the world championship in sixth place overall.

With this final trial in Portugal, Repsol Honda Team bids farewell to this year’s TrialGP campaign. The next appointment for Toni Bou will be tomorrow, held in the same Portuguese town, where the champion will represent the Spanish national team in the Trial des Nations event. 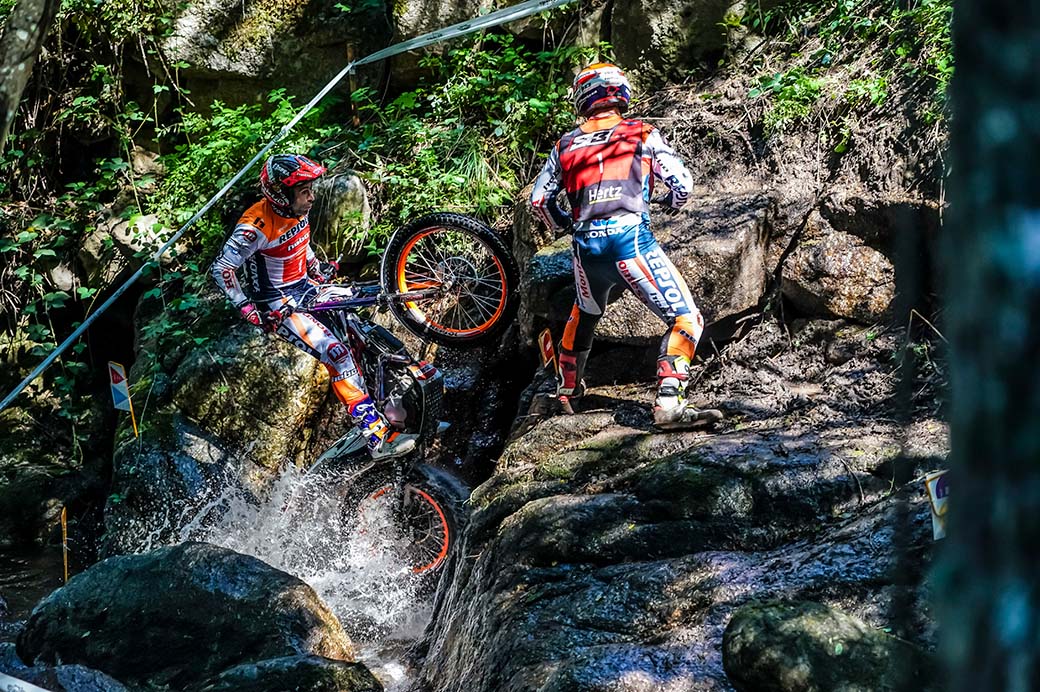 Toni Bou: “This year has been very special for me because at the beginning things were very complicated with the injury just a month before the start of the championship. In the end there will come a year when I will not be able to win – I’ve won for 15 consecutive years – but the fact that I got injured just before the start of the world championship made it special and I didn’t want to lose a championship in this way. Once again we battled 100 per cent, I tried to get into shape as the championship progressed and the fact that I had a very good work rate before I got injured also helped me to recover faster. I am very happy to be able to win another world championship. Once again, many thanks to the whole team.

“Today was also a very special day for everyone as it was Fujinami’s last trial. It is very difficult to think of Team HRC without him. I wish him all the best for the future.” 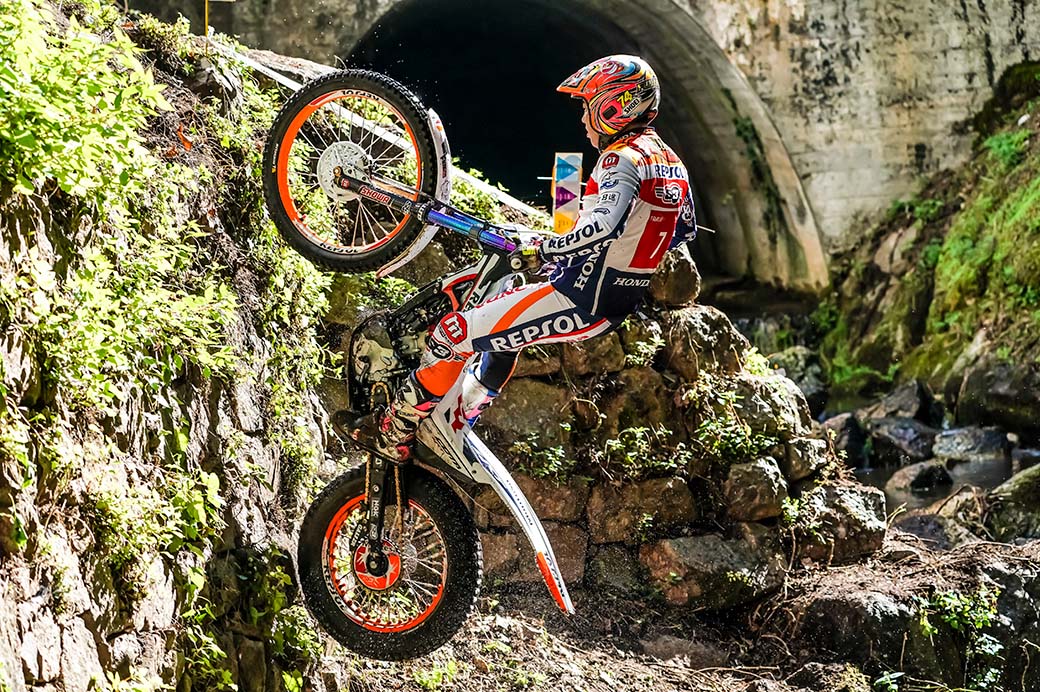 Takahisa Fujinami: “First of all, I want to thank Honda, HRC and the whole Montesa team, including mechanics, minders and all the people who have helped me over these 26 years. Without all of them I could not have been in the world championship for 26 years. Today I wanted to get a good result, in the end I finished seventh, but I’m still happy with the way I rode today. I battled until the end. Today I close this stage, but I am sure that the future will be promising. Today was a really special day, thanks to the whole trial family, all the brands and all the people who were in Portugal today. I am very proud to have shared this day with all of them.”