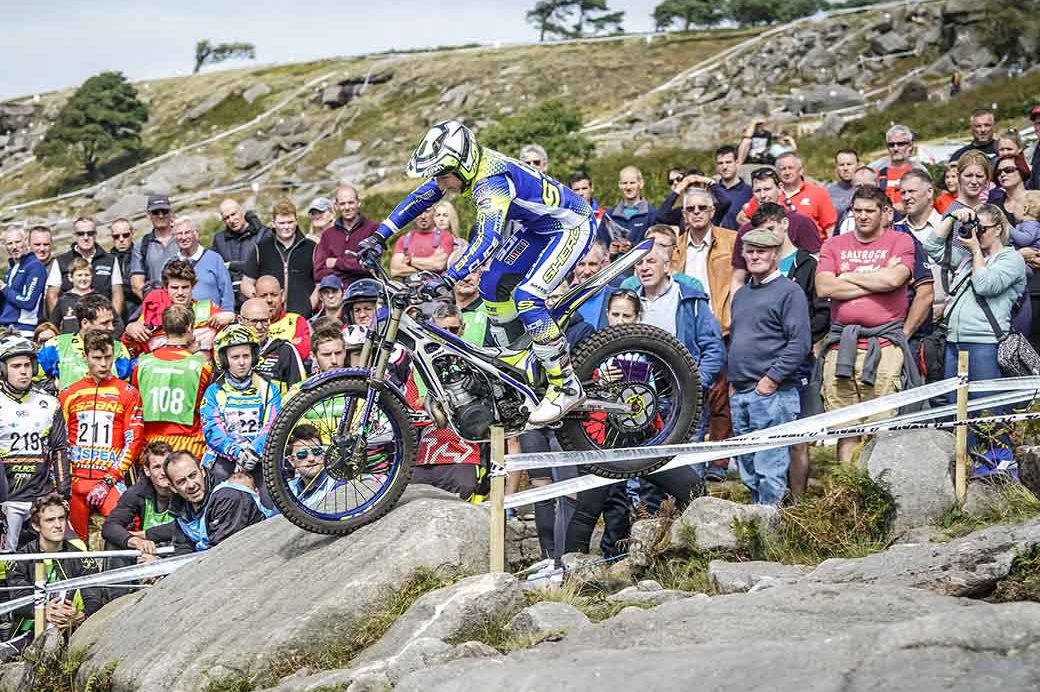 Say what you like about Sport7’s head honcho Jake Miller but he’s only gone and pulled it off again!

There was a lot of doubt about his choice of venue for last Sunday’s world trial but he and the Sport7 team overcame the difficulties Addingham Moorside added and put on a sporting event that was beyond worthy of its world championship status.

And at the end of the day it should be the suitability of the sections that dictate where a world round is held and not how good the car park is. Am I right?

In the words of my new friend Ian Cole ‘the sections were frightening, the riders awesome and the organisation good’ which is pretty much what the fans wanted all along with the wins for Emma Bristow and Toby Martyn just being a bit of a Brucie Bonus on top!

And the battle for the win in the TrialGP class was fairly epic with 2018 TMX Awards in association with Bridgestone ‘Best International Athlete’ nominee Miquel Gelabert holding down the lead until fellow contender Toni Bou snatched it from his grasp at the very, very end. Obviously, I forgot to write *TrialGP spoiler alert* ahead of that last statement so apologies for that.

Bou’s performance was brilliant and as Ian so eloquently put it ‘Toni is an amazing champion and with the young upstarts snapping at his heels he clearly showed them that while form is temporary, class is permanent’. The fact that Bou sewed up his 12th outdoor world championship in a row is also testament to that.

Backing up seven days or so now in a rearwards shuffling type motion and in the mayhem and madness of the bank holiday rush I somehow missed out on the fact that WOR’s Steve Ireland had won the 24-hour class of the Dawn to Dusk Enduro as an Ironman. 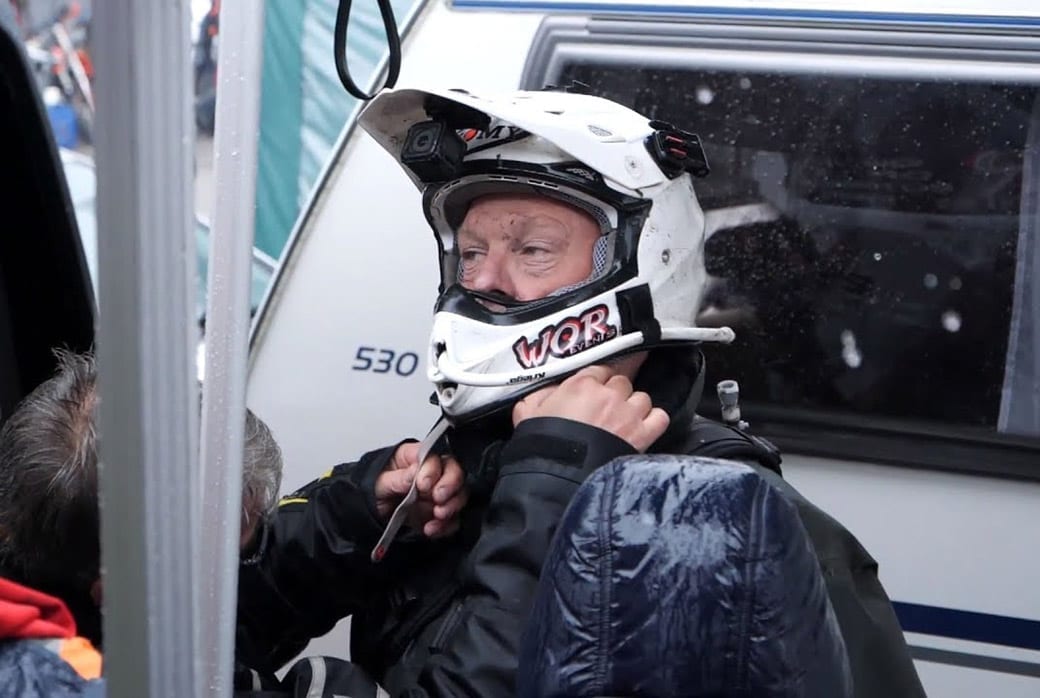 It sounds like nothing at all when you say it like that – much the same as ‘oh, he’s just popped down to the shops’ might – but when you sit and think it through properly you can’t help but be impressed.

Doing anything at all for 24 hours straight takes a certain amount of concentration, tenacity and sheer bloody-mindedness and I can only imagine that riding a dirt bike for that amount of time would be absolute hell – especially when you’re doing it around a rough old Welsh forest in splendid bank holiday weekend weather. Yep, it persisted it down…

So hats off to Steve for A) toughing it out, B) toughing it out while going fast enough to beat everyone else there including the two and three-man teams and C) doing it all for charity and raising over £6,500 for the family of a friend – a friend called Steve Mercer who he’d initially agreed to partner up with to race the D2D in the first place – who’d been injured at the Isle of Man TT and has lay in hospital since.

While we’ve been unable to wrestle together the assets required to produce a full report from this event you can check out a video of Steve’s exploits here and we hope to catch up with him for a sit down and a chat about it all – when he’s able to sit down of course – for a future issue.