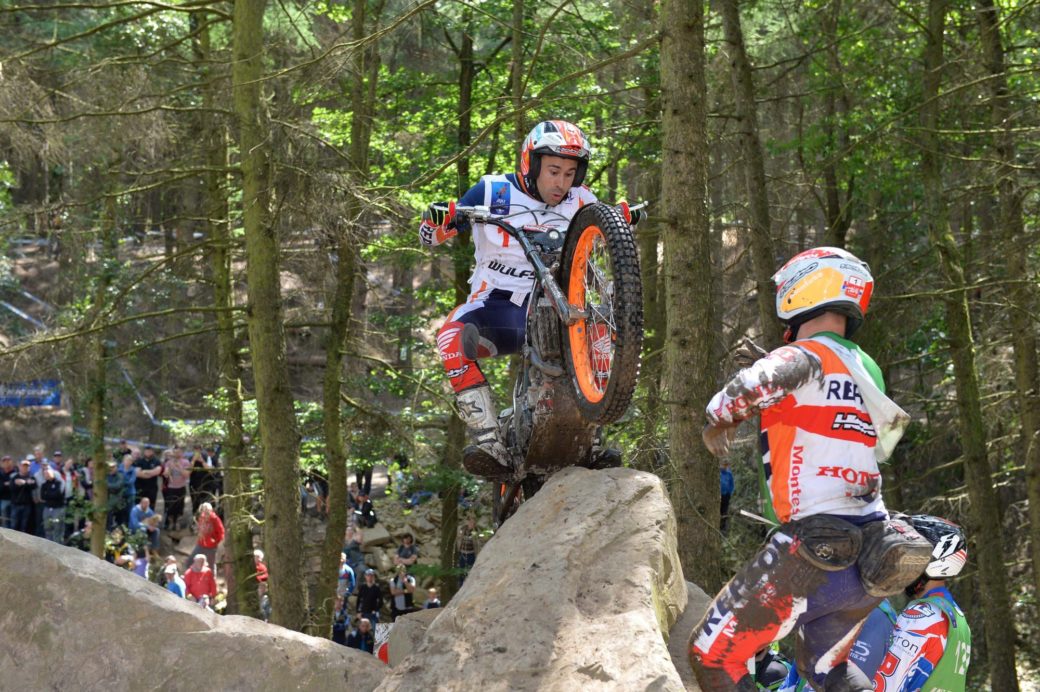 Following the late withdrawal of the TrialGP Great Britain local event organiser, ACU Events in conjunction with its parent company the ACU, have taken over the promotion of the blue-ribbon event which is confirmed to take place at its original venue Tong, Bradford and on its original date of the July 8/9.

The Yorkshire venue, which sits in the heartland of where the sport originated, was a favourite last year with fans and riders and with an increase in the number of sections to fifteen per lap there will be plenty of action for all to see this time around.

Having worked over the last few days to ensure that TrialGP Great Britain goes ahead as planned next month, the ACU are currently working on possible members benefits to enhance their visit to the event – further details to be confirmed soon.

Meanwhile all fans who have pre-booked tickets will have these honoured, and as such the ACU will make contact with everyone concerned over the coming days.  For now, the message is simple, the event will go ahead with a massive resource of the ACU and with the full backing of the series promoter Sport7, to make it a weekend to remember.

Whie the two laps of fifteen sections will be the main-focus on the Sunday, with many fans choosing to watch their Trial heroes around the compact course, which offers easy spectator access, Saturday’s action will be equally entertaining with the new qualification being the main feature. Here each-and-every rider is timed through a specially devised section, which to date has thrown up many surprises and delivered plenty of enthralling riding at this season’s opening two events.

In addition to this, fans can get close to the action with the all-important free practise on Saturday morning, whilst all riders will have a free attempt at the qualification section to check out speed and lines between 11am and 1pm. This will be situated very close to the start area, which will also include trade stands and other activities which will be confirmed in due course.

Speaking about this extremely positive announcement, TrialGP Championship Director Jake Miller said. “I cannot speak highly enough about the efforts of the ACU over the last forty-eight hours or so. The amount of work that has gone on behind the scenes over the weekend to make sure TrialGP Great Britain happens has been immense, and such I would like to thank all concerned for the huge commitment that has been made to save the event.”

“Timescales are tight and we need to work through some final details, but the good news is that the TrialGP Great Britain is go and all will be put in place to deliver a great weekend of action and entertainment for the whole family. We hope, especially given the circumstances, that Trial fans will show their support for the event and help secure the long-term future of the competition in what is widely recognised as the birth place of Trial.”

Miller ended by adding. “With so many British riders up at the sharp end in all three classes, and with the real prospect of seeing a young British rider crowned on home soil, every off-road fan needs to be there to add their support and to potentially see history being made.”