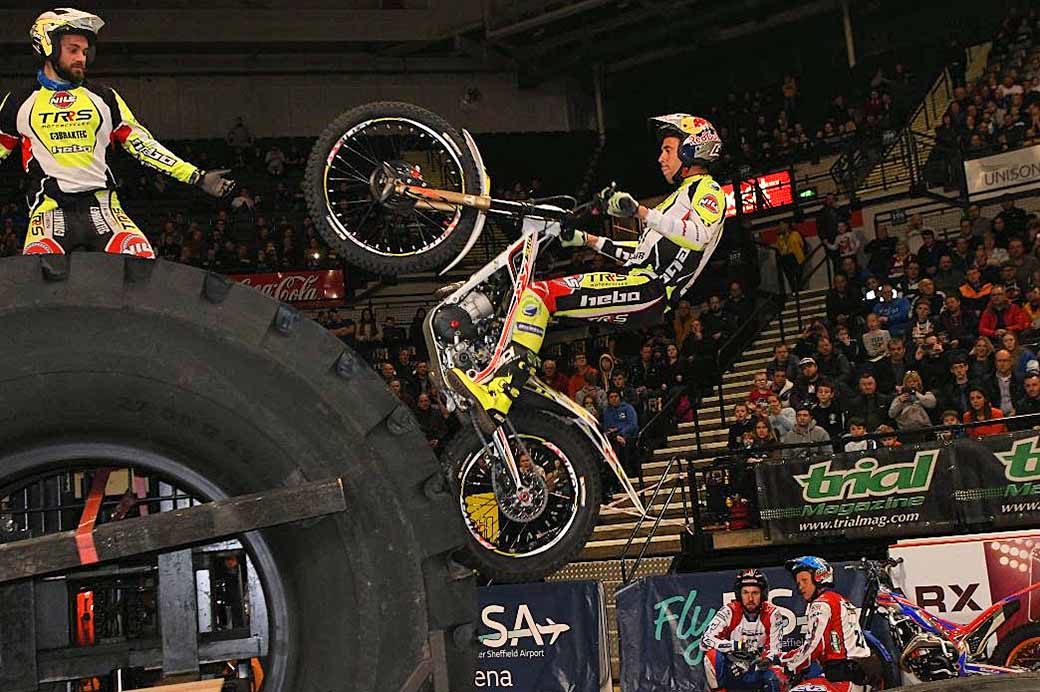 Can Adam Raga repeat his win over World Champion Toni Bou at Sheffield in 2016?

Arguably the biggest stand-alone event of its kind anywhere on the planet, the Sheffield Indoor Trial 25th Anniversary Edition takes place this year on December 28 at the city’s FlyDSA Arena.

To mark the silver jubilee of the event, an all-star cast has been assembled with the greatest rider in the history of the sport – yep, that’s Toni Bou (Repsol Honda) – leading a 10-rider field that’s made up of five Spaniards and five Brits.

The remaining two riders to compete in the final will be decided following a shoot-out between Toby Martyn (Beta), brothers Dan and Jack Peace (Sherco) and Pau Martinez (Vertigo).

Bou will, of course, start favourite having won 13 times out of 14 visits to Sheffield with his sole defeat coming in 2016 at the hands of Raga.

In the 2019 X-Trial series the 26-time world champion was beaten just once in six rounds and he remained unbeaten throughout all seven rounds and eight points-paying events in this year’s TrialGP campaign.

British hopes realistically rest with Dabill who will be making his 14th appearance at Sheffield and looking for his third podium finish.

For more information and to buy advance tickets go to www.sheffieldindoortrial.co.uk