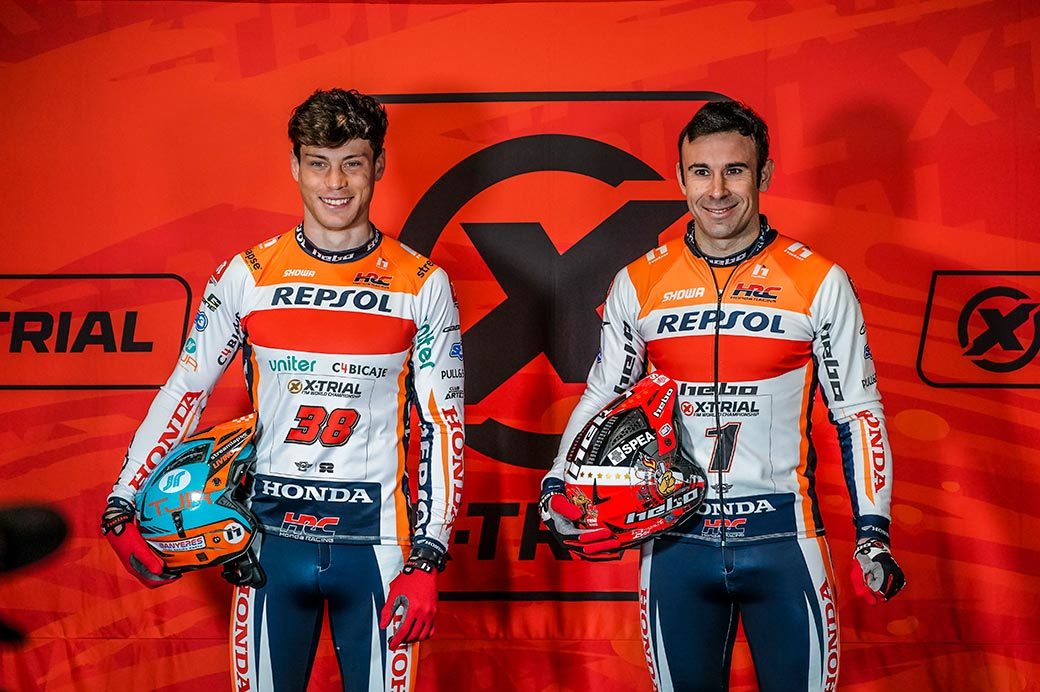 After last weekend’s one-two in Madrid, Toni Bou and Gabriel Marcelli return, some five months later, to Barcelona’s Palau Sant Jordi, a venue of cherished memories for the Repsol Honda Team riders. The last event in the Catalan capital ended with the pair clinching the top two steps of the podium, with Bou sealing a 30th world title.

With barely time to celebrate after Chalon-sur-Saône and Madrid, Bou and Gabriel Marcelli move on to compete in the third consecutive trial of the 2022 World Championship, although this time on home soil. The Palau Sant Jordi in Barcelona is set to host the 45th edition of the longest-running competition in Indoor Trials – round four of the 2022 FIM X-Trial World Championship calendar – five months after witnessing Bou’s 30th world title win. The event finds both Repsol Honda Team riders in cracking form, fresh off the back of the one-two win in the Madrid Arena. 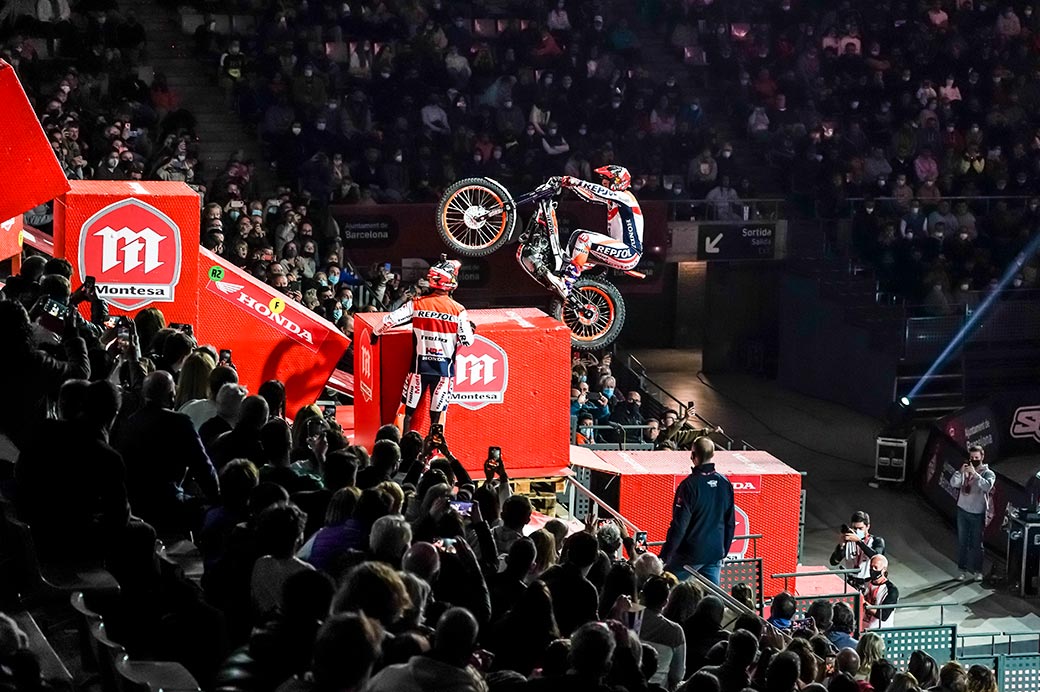 Bou is well on-track towards a new world title after three wins on the spin. Sporting a 23-point lead over his nearest rival, the champion goes into Sunday’s event in Barcelona without any significant pressure, a far cry from the last time he visited the magnificent Barcelona venue.

Bou has triumphed 14 times at the Palau Sant Jordi and the Barcelona rider will be eager to extend the tally further this year. In his overall FIM X-Trial World Championship career, Bou holds another record: that of his 95 indoor participations with 75 per cent of these indoor events ending in victories. 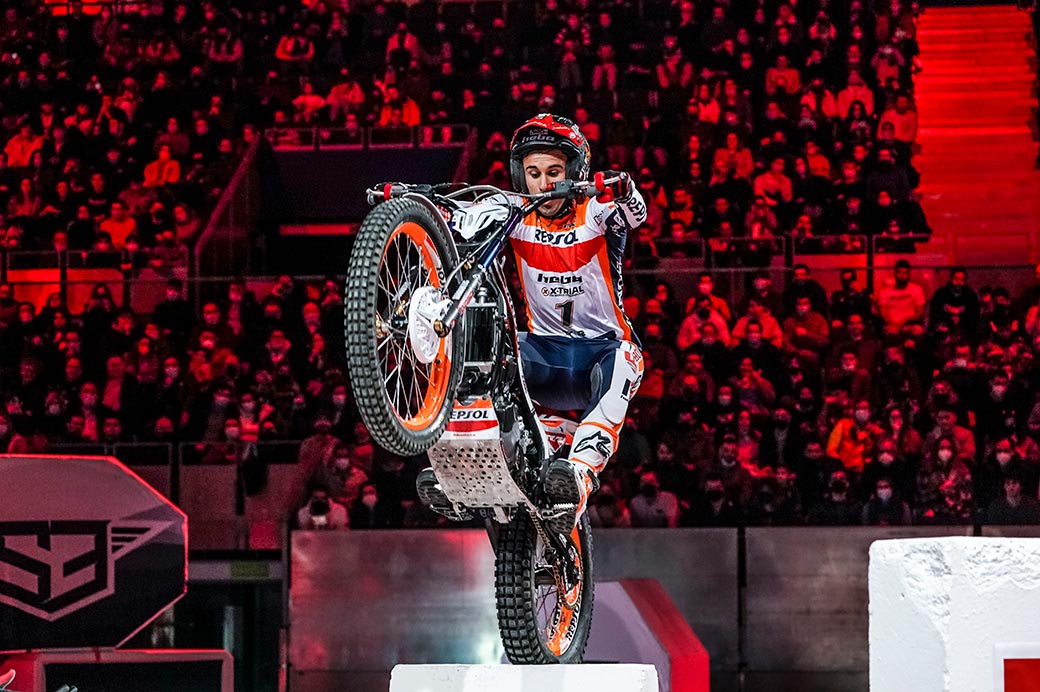 Meanwhile, team-mate Marcelli celebrated his 12th X-Trial with a superb runner-up spot in Madrid. Now, the Galician rider returns to the venue where he achieved his best performance until 2021 with motivation levels running sky-high. Marcelli lies sixth in the overall standings and aims to continue scaling positions throughout the rest of the year’s competitions. 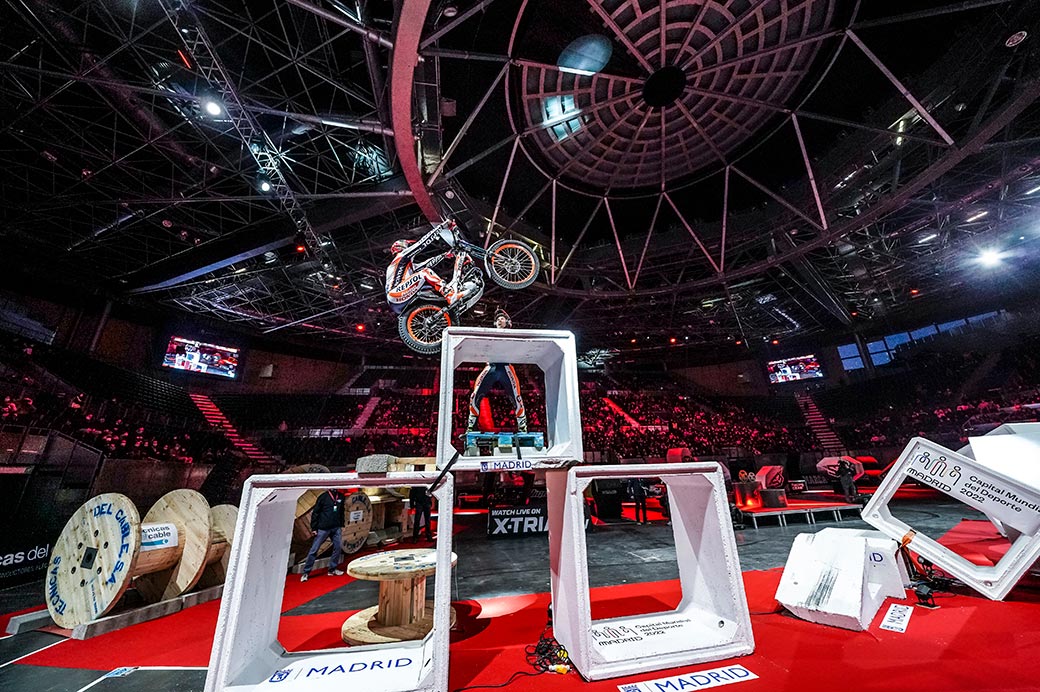 As usual, the Barcelona Indoor Trial, which has been held uninterruptedly at the Palau Sant Jordi Olympic venue since 1991 (it had previously been held at the Palacio de Deportes), will get underway at 17:00 this coming Sunday, 10 April.