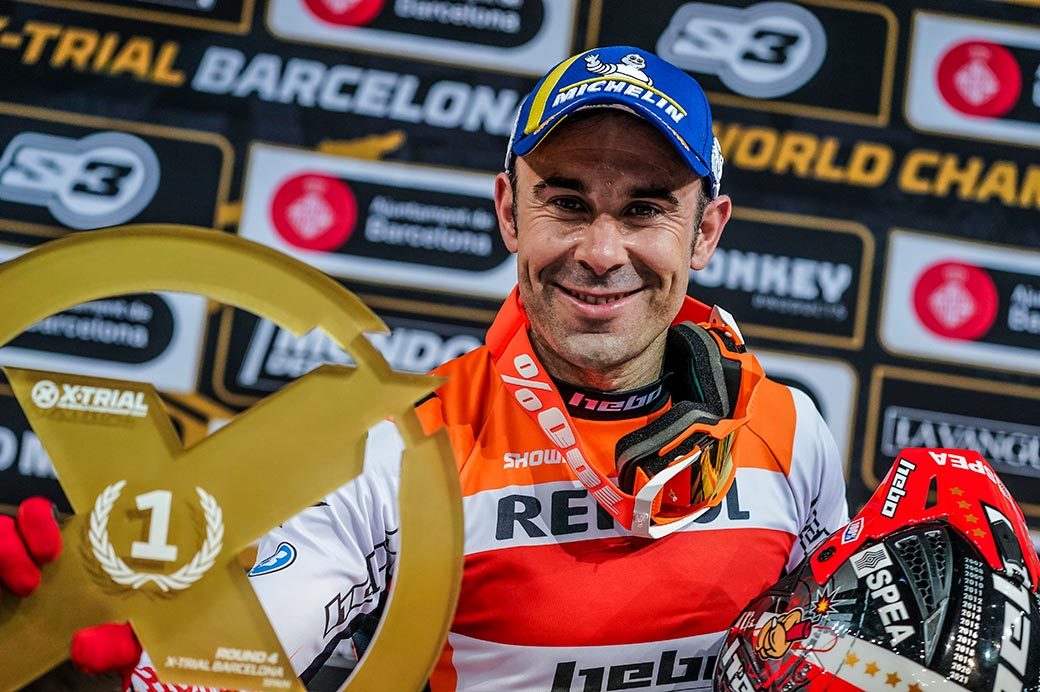 The 45th edition of the Barcelona Indoor Trial proved to be another spellbinding event for Bou and the 4,800 spectators in attendance at the Palau Sant Jordi. The Catalan rider from the Repsol Honda Trial Team pulled off a fifteenth victory in ‘La Catedral’, where just five months earlier he had also triumphed, claiming a fifteenth indoor title in the process.

In the first round, riders were forced to tackle some technically demanding sections. Bou posted the best first-round score, with 8 penalty marks. In the second round, Bou was once again the best rider with 9 penalty points. The final saw a face-off between the Repsol Honda Team rider with rivals Adam Raga and Matteo Grattarola that went down to the wire, with the final victory once again clinched by the Catalan rider.

Bou goes into the break in the X-Trial World Championship calendar as the clear leader, with an 87-point total and a 30-point advantage over Adam Raga, second in the overall standings. 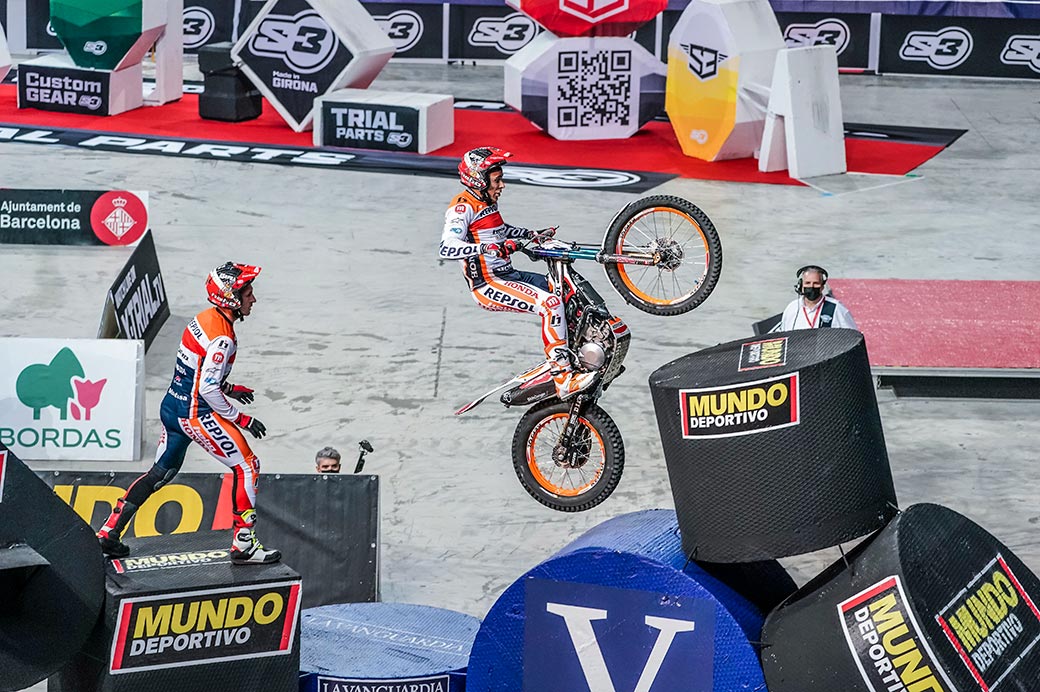 “I’m very happy with the way the night went,” said Bou. “I did some incredible things but I also made a big mistake in the final. Possibly, I went in a bit nervously, I was a little short in the first step and it was surprising to stay there. Fortunately, we reacted quickly because I knew that the next section was very important and complicated and I knew that the trial would be won there. And that’s the way it turned out.

“Today I was able to score 22 more points in the championship. It’s incredible how we have started this X-Trial World Championship, with four out of four possible wins and I’ve only missed out on one bonus point in all the rounds. I’m very happy with the way things are going, even though Adam is in great form and is making it difficult for me. Now it’s time to disconnect from the indoor events, but I’m looking forward to going to Andorra.”