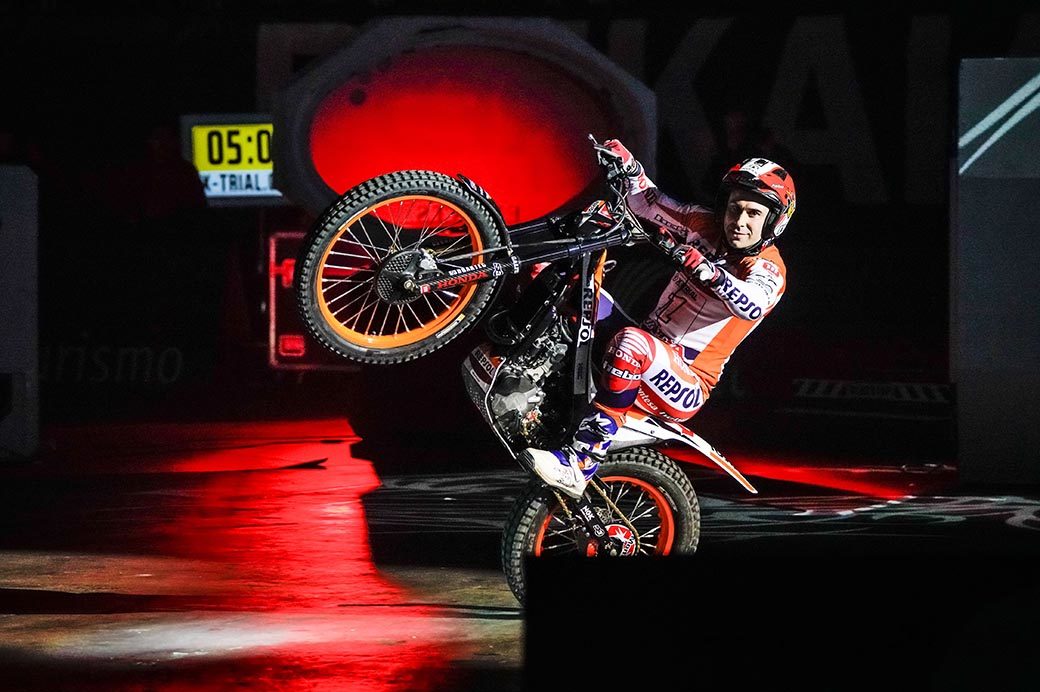 Toni Bou stars as red-hot favourite for the win at round one (Image: Pep Segales)

The seven-round 2020 X-Trial World Championship gets underway this Saturday, November 16, in the exotic location of Reunion Island.

This remote French territorial island lies off the east coast of Madagascar in the Indian Ocean.

There will actually be two rounds in 2019 as riders will have to race back from Reunion in order to contest the second round, scheduled for Rennes in France just a week later.

They will be joined on Reunion by Spaniards Miquel Gelabert (Vertigo) and Jorge Casales (Gas Gas) plus French teenager Kieran Touly (Scorpa).

Gelabert, who was a contracted rider in the 2019 series must fight his way through Qualifying in this campaign and makes his Vertigo debut.

Casales, after leaving Vertigo, returns to Gas Gas which he last rode in 2014, while reigning FIM 125 Trial World Champ Touly, 18, makes his X-Trial debut halfway around the world from his native France – although on French territory.

Toni Bou will, of course, be out to extend his already unbelievable run of 13 X-Trial crowns and who would bet against the Repsol Honda star taking a full house of victories?

We know that veteran Raga is capable of beating Toni on his day but surely the key to an exciting series is Busto.

The shining light of the young guns remains with Vertigo for a second year and surely now is the time to turn all the promise he has shown into results.

We’ll see what happens on Saturday…