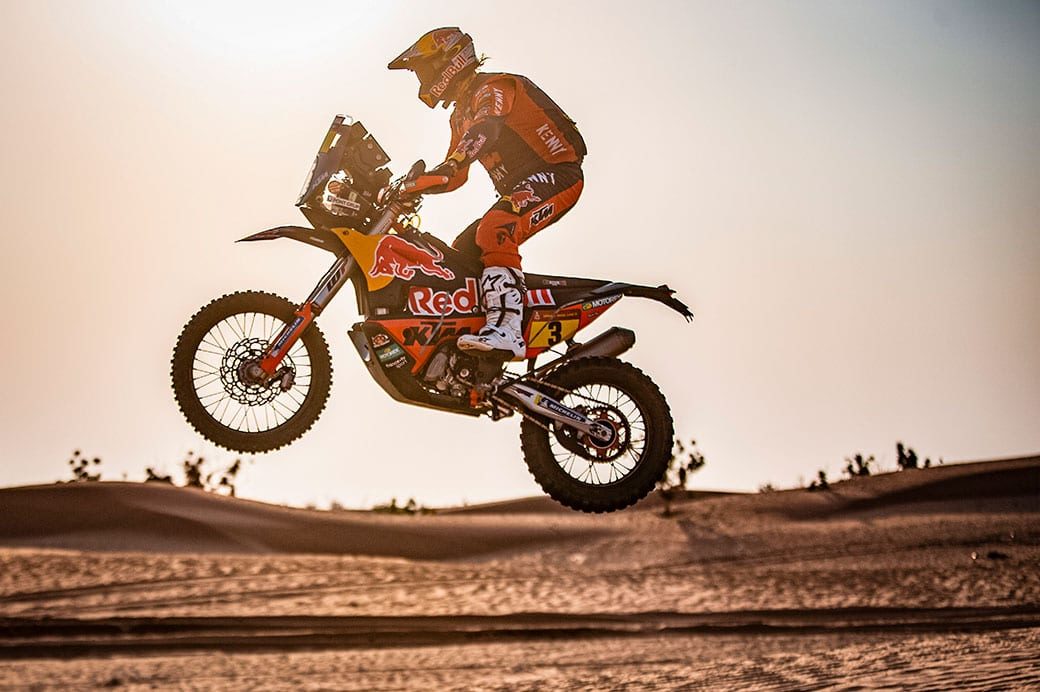 Red Bull Factory Racing’s Toby Price has crashed out of the 2021 Dakar Rally on stage nine.

Price — a two-time Dakar Rally champion — was airlifted to Tabuk for X-rays after a crash, reportedly at around 155 kilometres, forcing him to retire from the 2021 Dakar.

Price’s injuries have not yet been official announced but it’s reported he is thought to have not been seriously hurt.

Only yesterday on stage eight Price delivered an incredible stage runner-up finish on a sliced tyre. That impressive ride from the 33-year-old Australian moved him up to second in the rankings, leaving him well placed at a shot of a third Dakar title.

“When I got to refuel at 229km I saw I still had a solo zip tie on,” Price said after completing stage eight. “The rest had come off but I just tried to keep momentum, not accelerate too hard and ride smart. I lost some time but I didn’t think I would make it to the finish, let alone second in stage and still be second overall.”

It has been reported that team-mate Sam Sunderland and defending champion Ricky Brabec both helped Price while waiting for medical assistance to arrive.

Sunderland is third in the standings sandwiched between four Team Honda riders. Honda’s Jose Ignacio Cornejo still holds the top spot with team-mate Kevin Benavides 11 minutes behind, while a pair of Honda riders, Ricky Brabec and Joan Barreda, are in fourth and fifth respectively.

This is a breaking news story and more details will be added as we get them.

Update January 13, 10:29 GMT: Toby Price posted an injury update from his hospital bed this morning… “Well, I’ve finally broken my 30th bone,” he exclaimed. “Crashed out in Stage Nine yesterday, I don’t remember much but I’ve got a pretty sore collarbone, shoulder and hand and will need surgery for that… Disappointed to not make the finish and let down the KTM Factory Racing team and my sponsors but that’s racing unfortunately this time around. Thank you Sam Sunderland and Ricky Brabec for stopping to help me, I was off with the fairies that day but I heard you took good care of me!”

Update January 12, 14:47 GMT: KTM has released a Toby Price injury update — the team report reveals that it was a brutal day for the squad.

Update January 12, 14:14 GMT: This is what Britain’s Sam Sunderland had to say… “Rough day, started off so nice along the sea but at km 155 or so I found my mate Toby Price crashed and in some pain, I tried to help until the helicopter arrived and then got going again, managed to get into a good rhythm and then at km 260 hit a rock and crashed pretty heavy and damaged my Roadbook and GPS so had to wait for some other guys to follow with no Roadbook info it made for a scary day. Glad it is behind me and ready to fight until the end of this one!!” 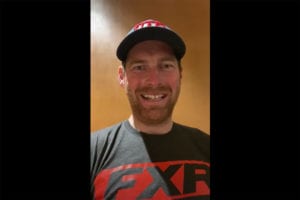