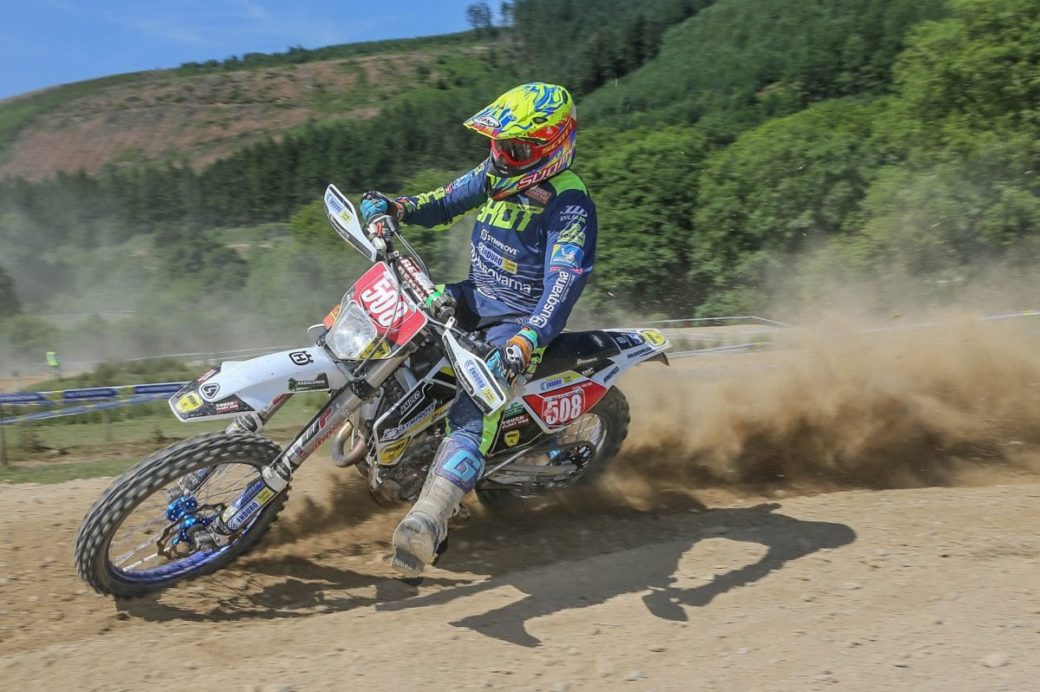 The end of June is significant to many in the motorcycling community – the TT is over for another year – and it’s time for the Welsh 2-Day enduro.

Each year the event enjoys the support and welcome of the town and community at Llandrindod Wells. Based at the Lakeside, the 500 machines, their riders and supporters gather for another challenging couple of days.

The event has been running since the 1950s initially as a three-day trial, where riders often rode to the event, then rode home! Over the years it has evolved to be the largest (and some say the best) single lap enduro in the UK.

With a lap length of 130-140 miles, reversed on day two, the course visits parts of Wales not available to riders for the rest of the year. In 1979, the event was won by Elwyn Price of Llandrindod, who later became the clerk of the course, and is still an active committee member today.

Last year, the solo class went down to the wire, with veteran rider Daryl Bolter who led into the last two tests pipped at the post by Alex Snow. This year they will start on the same minute, joined by two of the UK’s rising stars, Sherco’s Dan Mundell and Yamaha’s Alex Walton. The solo top three could easily come from this group.

In the Sidecars, Alun Davies/James Ferguson will have their usual battle with Jonathan Williams/ Neil James, and all will be looking to beat David Williams,
re-united this year with Simon Brown.

The town enters into the spirit of the event, first machines are flagged away by the town mayor and children, who enter a poster competition for the event. Those fortunate enough to get an entry – the online system sells out in under 15 minutes – will enjoy some new going, plotted by clerk of the course Phil Wilkinson.

The forest challenges this year still include the Radnor, and Abbey plantations – and the special tests at Llandrindod, Saint’s Well and Abbeycwmhir will attract visitors out into the wonderful scenery.

This year, visitors can enjoy some of the signed ‘Llandrindod Wellness’ walks around the town – the event donated some funds towards the signage – allowing a greater appreciation for the town and its history.

Followers of the event can monitor updates from the organisers on the W2D Facebook page.