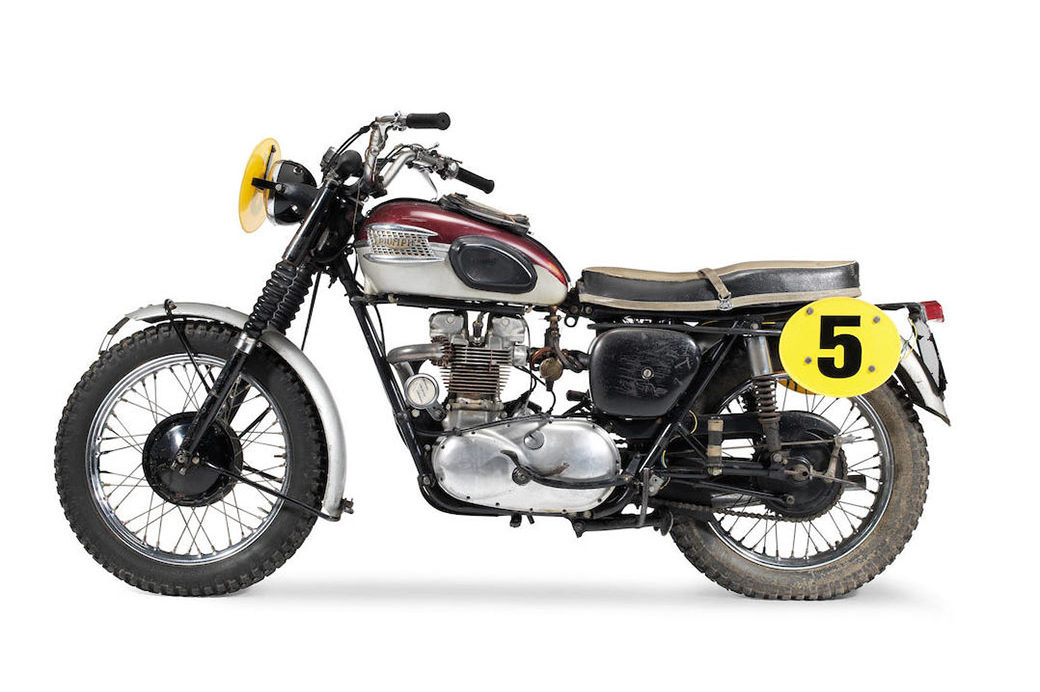 Here’s something just a little bit different! How would you like to own a truly iconic motorcycle, ridden by legendary American Bud Ekins to a Gold Medal in the 1962 International Six Days Trial in Germany?

Ekins, the man who made the never to be forgotten jump in The Great Escape on a similar machine, was a big pal of the film’s star Steve McQueen and was in Germany shooting the movie when he decided it would be a good idea to contest the ISDT that year.

Triumph provided the TR6 Trophy and Bud not only bagged a Gold Medal but won the Unlimited capacity class as well. He then had the bike transported to California but it was repatriated to Britain and a private collector in 1989. This machine, authenticated by Ekins himself, comes with the actual Unlimited class trophy from the event.

If you want it, with a mere 4,478 miles on the clock, then you best get to the Stafford Classic Show this Saturday where it will be just one of the many fine machines up for grabs in the Bonhams Classic Auction.