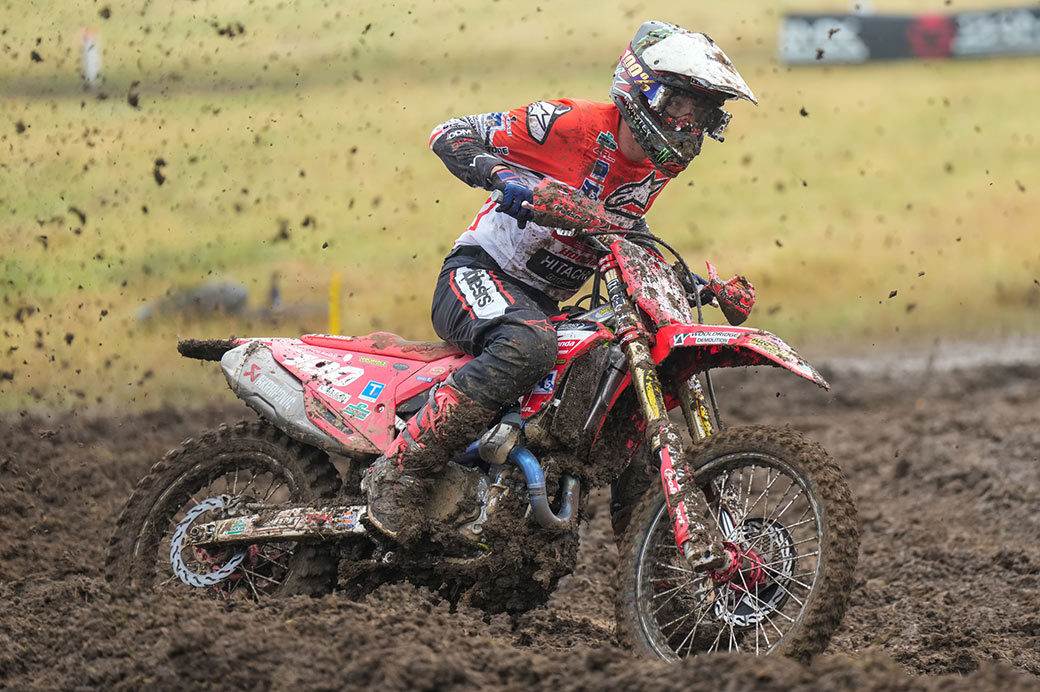 Crendon Fastrack Honda’s Tommy Searle took another step towards retaining his ACU British Motocross Championship title with yet another overall win in the sticky, wet conditions at Skelder Bank in Whitby, North Yorkshire on Sunday.

Despite struggling with a sickness bug all week, the 33-year-old dug deep as he took his race win tally to eight motos this year – including two double wins – and he extended his points lead to 15 with just one round remaining.

In conditions a world apart from the scorching hot last round at the sandy Fatcat Motoparc, Searle faced rain, mist and mud on the rutted, jump-filled track that tested every rider to the maximum. 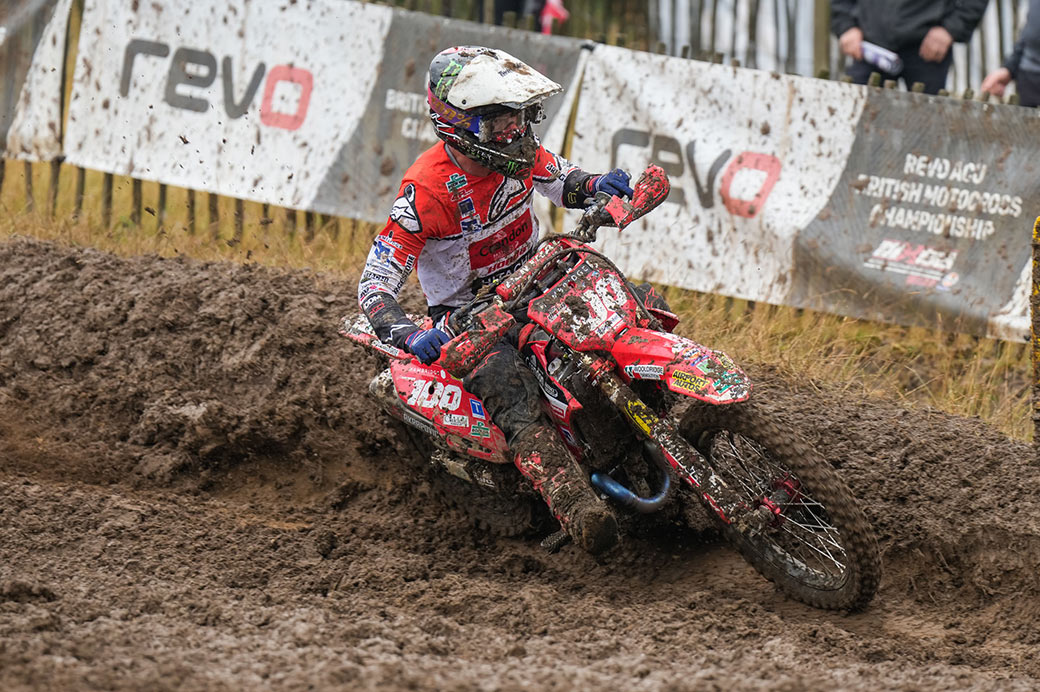 Searle started well in the first race and was soon right behind title rival Harri Kullas. He chased the Estonian for the whole race but couldn’t get close enough to make a pass so backed off on the last lap to take a safe second.

In the second race, Searle blasted his Honda CRF450R into the lead with yet another holeshot. He was tailed by former British champion Shaun Simpson and Kullas as the trio pulled away. 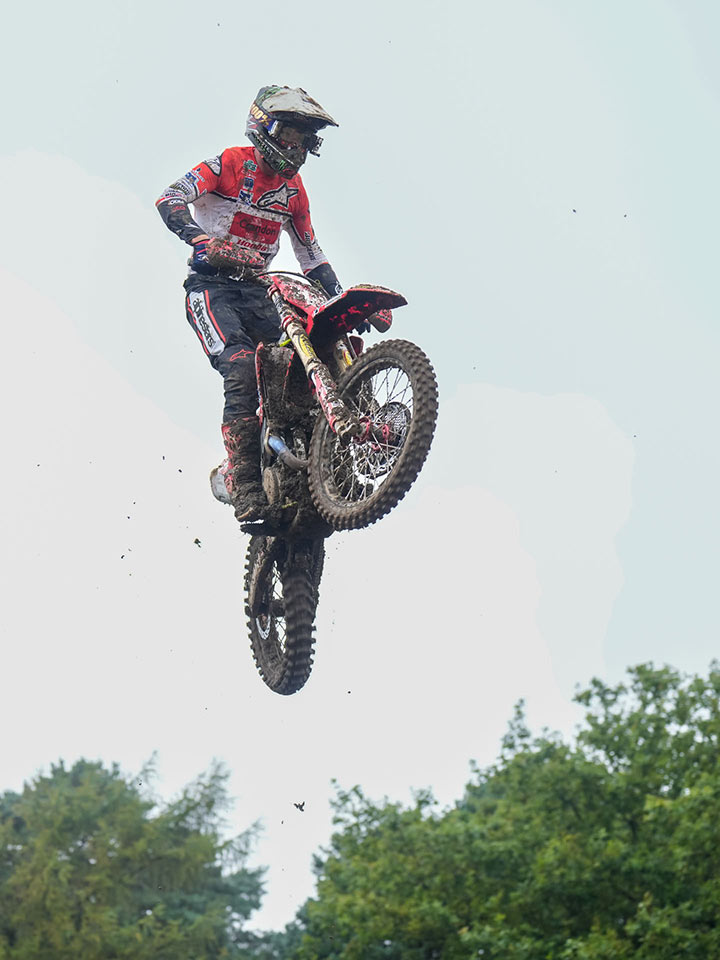 Simpson found a way past Searle to take the lead on the second lap. Red plate holder Searle stayed with the Scot and then made a spectacular dive to take the lead back on lap seven. Simpson tried to get through but wise-riding Searle held the lead to the flag to take the moto win and the overall once more.

Searle said: “I’ve been really under the weather with a stomach bug and not eaten for three days. I was struggling to get my head into it and was not looking forward to today, especially with the weather and the mud. 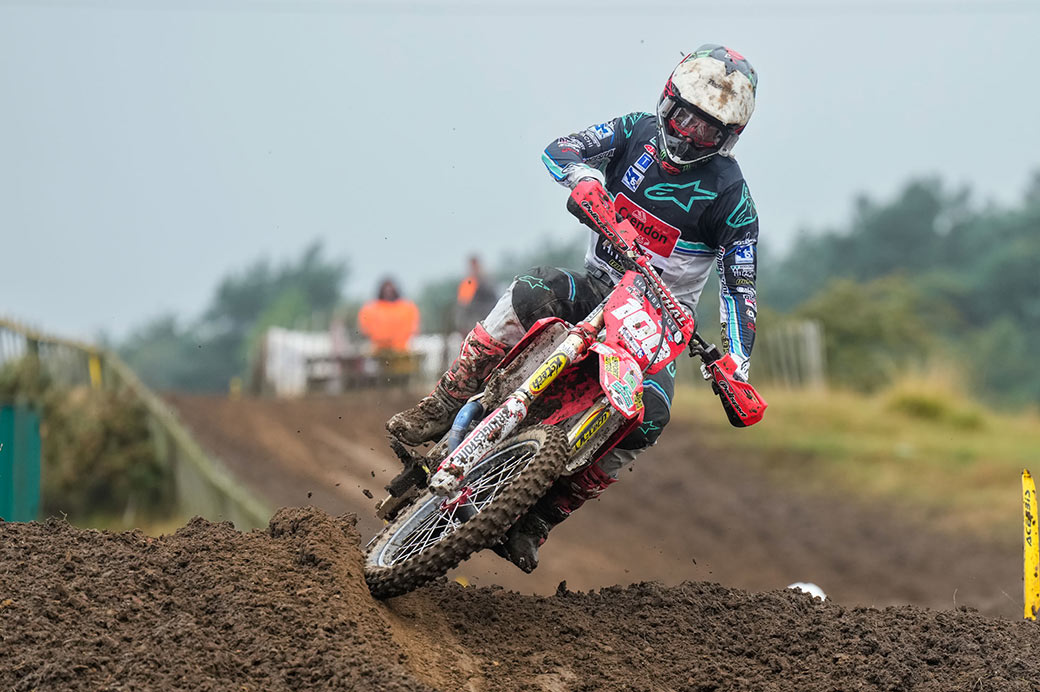 “But with a second and a win I’m really happy with my day, and managed to extend my championship lead by two points. So overall I’m happy with myself, the team and the bike. We made some improvements coming into today and it really made the difference.”

Team manager Dave Thorpe was on hand to witness Searle’s dogged determination and was thrilled. “Tommy was sick and bedridden on Thursday and Friday. When I saw him in qualifying on Sunday morning, I thought it would be a day of damage limitation and just get as much out of the event as possible,” he said. “But again his performance was incredible and the results speak for themselves. Tommy proved today what an amazing athlete he is. He rode extremely well in very difficult conditions. 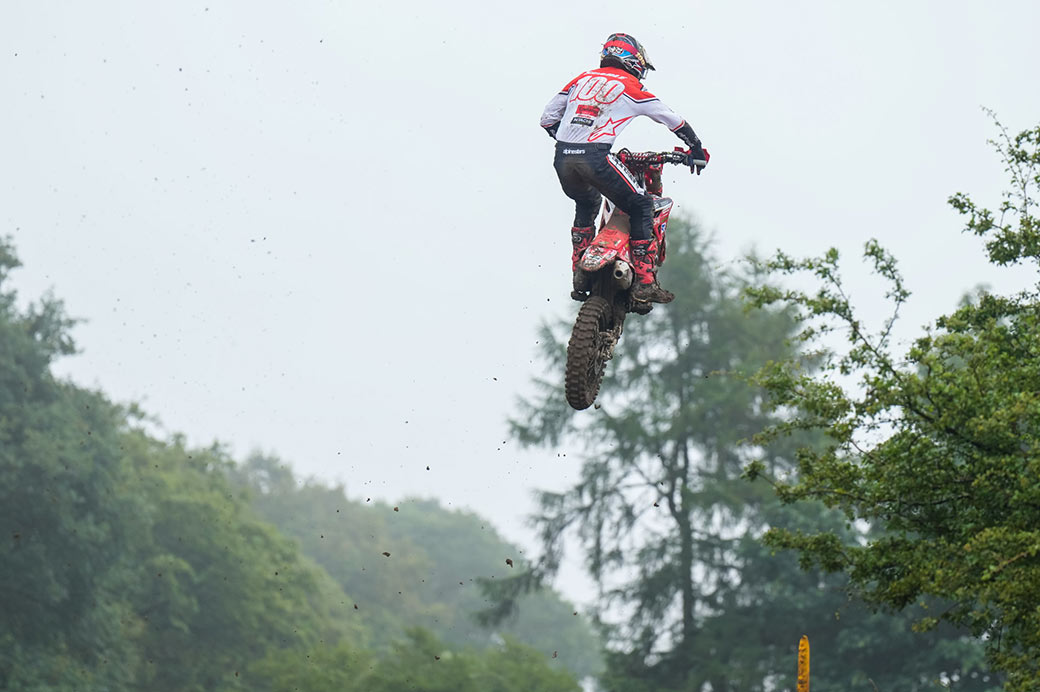 “It’s not over, though, as we know Harri Kullas will be as tough as ever in the final round at Landrake.

“As always, a massive thanks to Willy, Rob and Ryan – the real hub of this amazing team – and to all our partners who make it possible.” 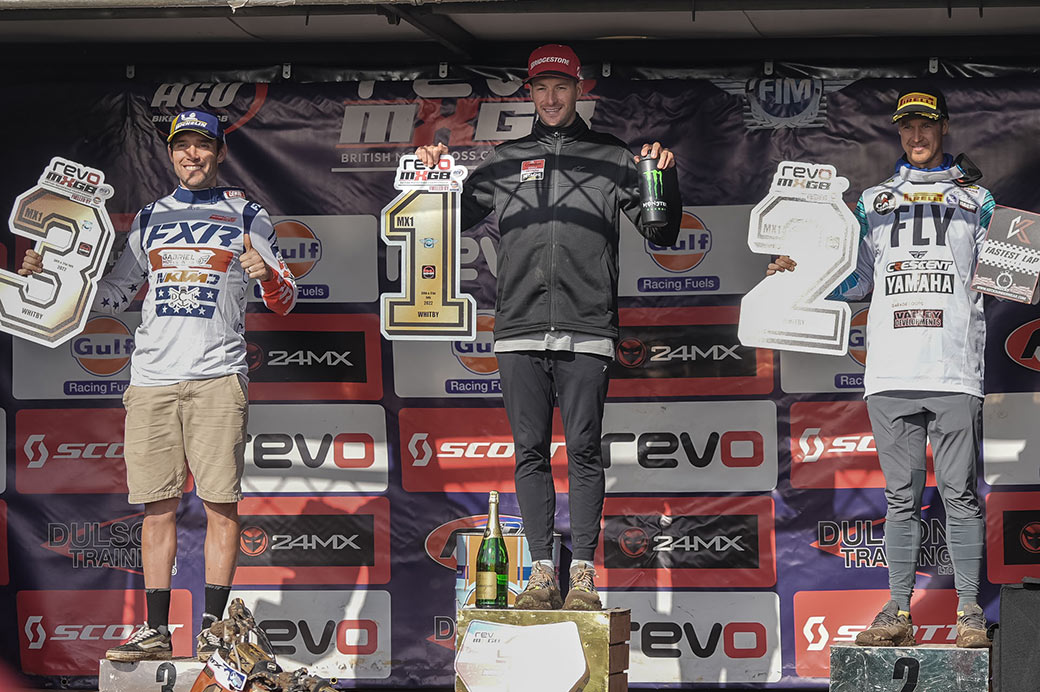 Searle’s team-mate Jay Hague didn’t line up for the race as he crashed in the run-up to the event and hurt his shoulder. He is due for scans this week but is unlikely to race again this season as he recovers from several injuries.

The final ACU British Motocross Championship round is at Landrake in Cornwall on September 11.