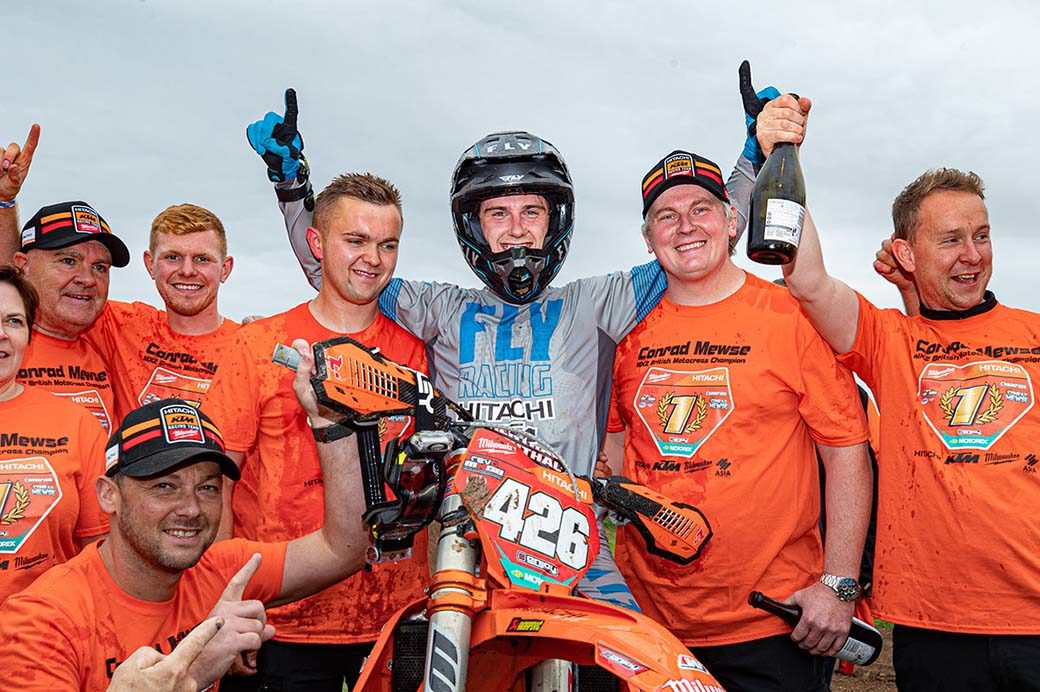 Conrad Mewse clinched the MX2 title in the 2021 ACU British Championship yesterday, as he dominated proceedings at the final round of the current campaign.

Mewse was simply untouchable on home soil – he was more than a minute ahead of second place in both motos and claimed pole by more than four seconds. Mewse was just on another level aboard his Hitachi KTM fuelled by Milwaukee steed.

Mewse won nine of the twelve motos in the 2021 ACU British Championship and four of the six rounds that were run; three of those overall victories came via clean sweeps. It was a truly dominant term and one that was the result of hard work from everyone at Hitachi KTM fuelled by Milwaukee. Leading every lap at round six today effectively summarised the fashion in which he won the championship.

Success also came in the premier division – Adam Sterry finally mounted the overall podium in third overall. Sterry came from the back of the pack to seventh in moto one, in what was an impressive ride, and achieved a second place in moto two after starting in fifth. 7-2 moto scores helped him mount the third step of the podium and, crucially, secure the same position in the final championship standings.

Hitachi KTM fuelled by Milwaukee will strive to turn this momentum from the domestic scene into success on the world stage next weekend, as the squad will return to the FIM Motocross World Championship. The tenth round of that series will be run at the sandy circuit of Riola Sardo on the island of Sardinia. 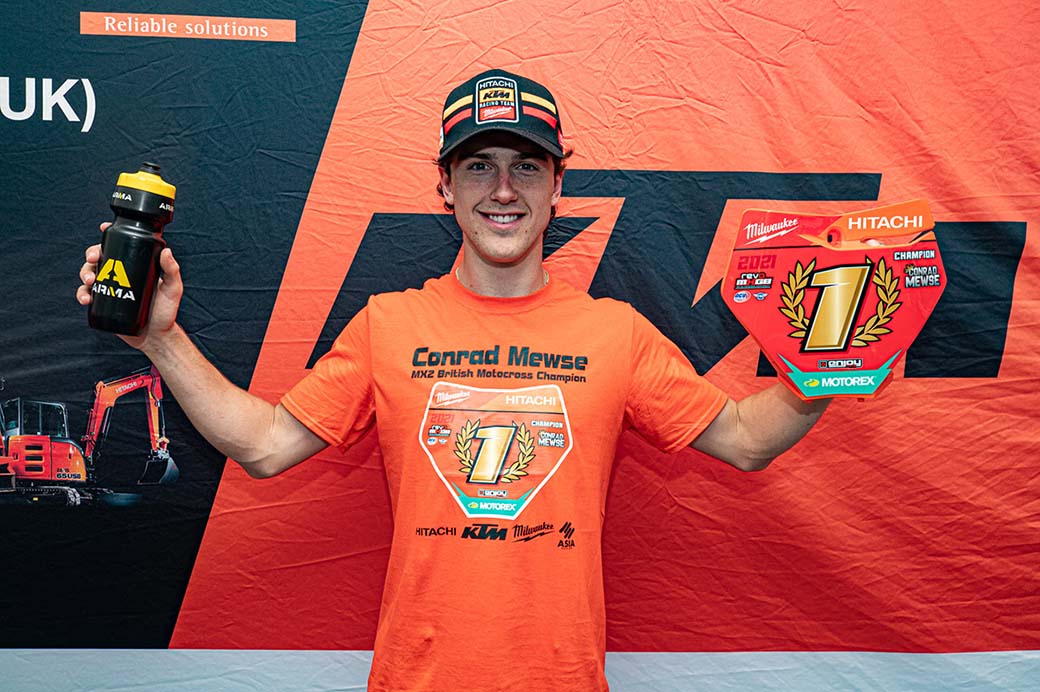 Conrad Mewse: “Awesome weekend at the final round of the MXGB series. I could not wish for a better way to wrap the title up really. I went 1-1, won both races by quite a margin and got the title after the first race. I felt really good out there. I am looking forward to the upcoming MXGP rounds and the Motocross of Nations. It is an honour to be selected for Team Great Britain – I am looking forward to getting there and back to the GPs. Hopefully it is going to be a solid end to the season. I just want to thank the team, my family and my friends. I would not be able to do it without them.”

Adam Sterry: “Today was a step in the right direction. Third overall was a solid result – finally a podium – and enough to put us third in the final championship standings. I have got to be happy with that. I am looking forward to getting back into the MXGP series now and making some progress on the world stage. There is still a long way to go this year.”

Roger Magee (Hitachi KTM fuelled by Milwaukee Team Owner): “Very well done to all of the team members today for another very professional outcome with Conrad Mewse securing his second MX2 British Motocross Championship and Adam Sterry elevating himself to P3 in the overall MX1 championship, despite a couple of crashes in moto one. His consistency gained him the overall podium position in 2021.

“Conrad has totally dominated at the British level in 2021 and over the next few weeks we do hope that he will carry his good form forward to the remaining nine Grands Prix and of course the MXoN at Mantova – a circuit that he rode exceptionally well at in the 2020 GPs. Let us see what the next two months will bring!

“Once again the team owes everything to all of our sponsors right from the title sponsors KTM, Hitachi, Milwaukee, Asia Design along with the very loyal product suppliers many of which have been with the team since it started back in 2005. Without everyone working as a team we wouldn’t have won 13 British Motocross Championships to date since 2008.”