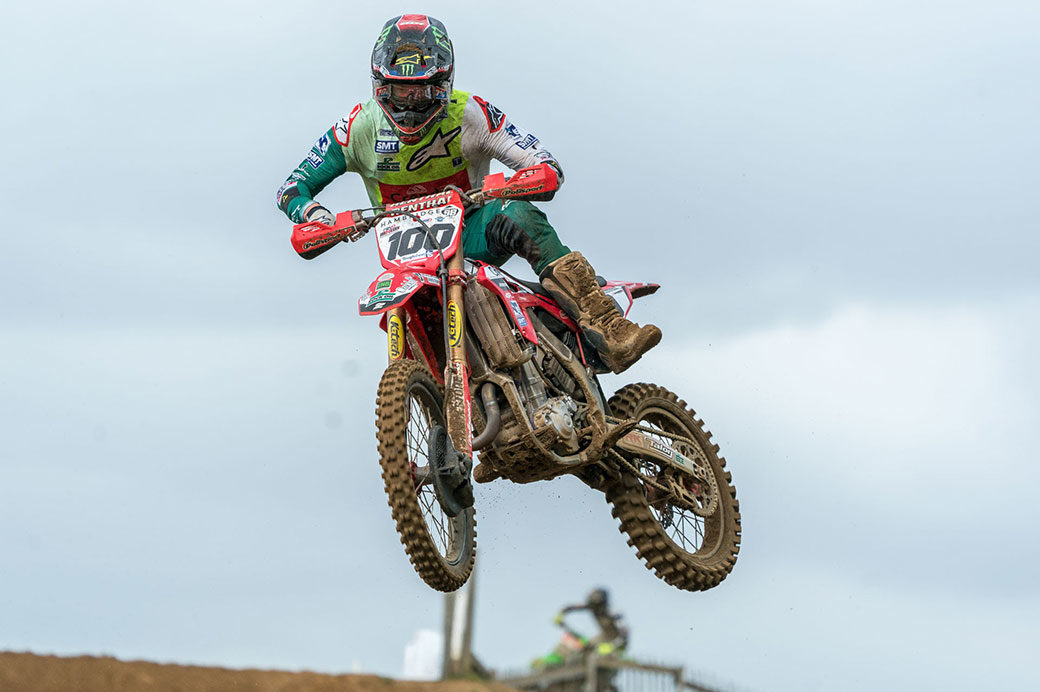 Crendon Fastrack Honda’s Tommy Searle completed successful tests on his Honda CRF450R in the Falcon MXC’s championship at Duns, ending the day with a victory.

The event was a shakedown test prior to the final ACU British Motocross Championship round at the track next Sunday, with the 32-year-old Brit tied at the top of the points table.

In practice and the opening two rain-hit races, Searle focused on getting the right bike set-up and made great strides forward, taking two second places.

In the final race, the track had dried and was in prime condition. Searle proved he had the right set-up as he raced to the win – a big boost in confidence before the forthcoming championship round there on Sunday. 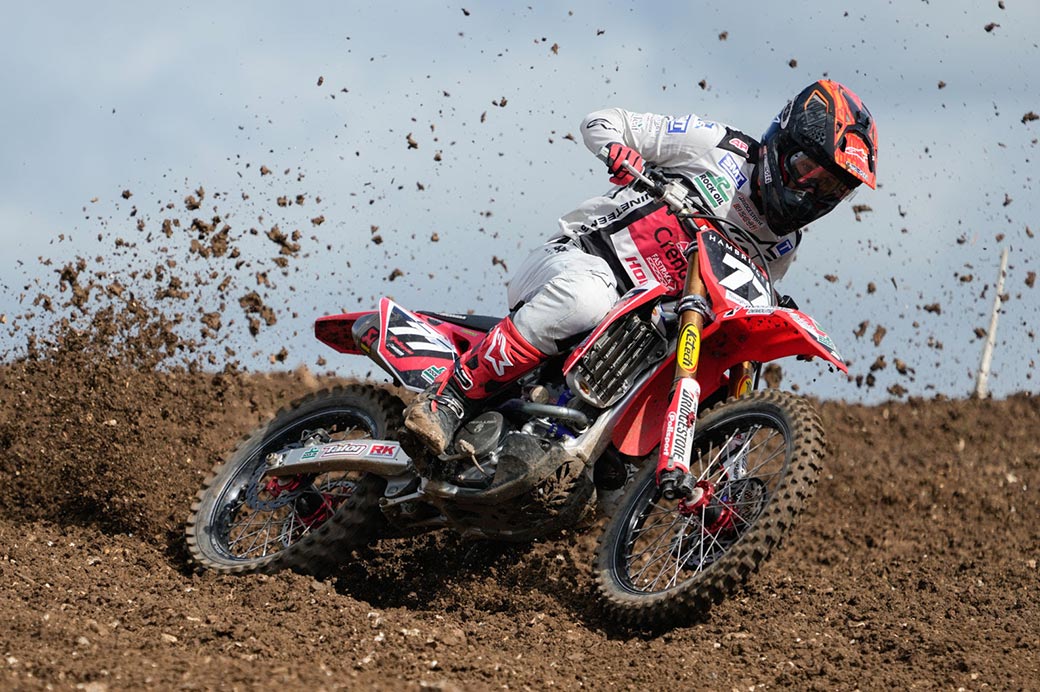 It wasn’t such a successful day for the team’s MX2 rider Jay Hague who raced at the MX Nationals finale at Cusses Gorse. He’d been second overall in the last two championship rounds and was looking fast in qualifying as he set the fifth fastest time.

But off the start line in the first race, several riders clashed and swerved into Hague, taking him down. His leg was injured but he eventually remounted and bravely rode on to take 16th place. But after medical checks, it was decided best to withdraw him from the event to give him maximum recovery time before Duns.

Team manager Dave Thorpe: “Tommy riding at Duns proved to be the right decision as we have made great progress prior to the next round of the British championship there. He got a lot of valuable testing done which all came together in the last race as he took the win.

“It was so unfortunate for Jay at the MX Nationals as he’s been progressing so well and always gives it his best at every race. Fingers crossed his leg isn’t too badly injured, as we all know he’ll do everything he can to get on the bike and race.”