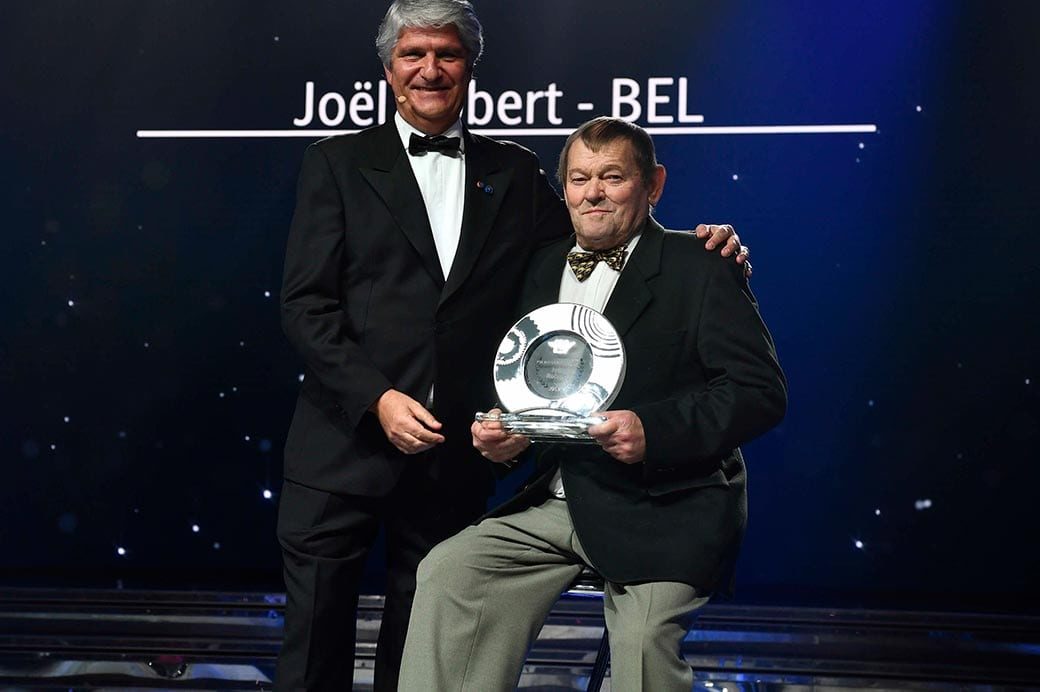 Joël Robert being awarded the title of FIM Motocross Legend at the FIM Awards 2019 in Monaco by the FIM President Jorge Viegas (Image: Good Shot)

Following the sad news of the death of Joël Robert, the Fédération Internationale de Motocyclisme has sent out their tribute and condolences for this great multi-time world champion. You can read the FIM press release in full below:

Joël Robert was for many years the most successful rider in the history of the FIM Motocross World Championship, with no fewer than six 250cc titles and fifty Grand Prix victories to his name.

The Belgian won his first title as a privateer at the age of just 20 back in 1964 and was awarded with the “Trophée National du Mérite Sportif” in his home country. He finished runner-up the next three years before claiming five straight championships from 1968 to 1972. He was also part of the Belgian team that won the 1969 FIM Motocross des Nations and the 1969 and 1970 Trophée des Nations.

Joël Robert, recognised as one of the most naturally talented riders in the history of the sport, was instrumental in the success of the motocross in the USA, inspiring young American racers and winning seven Trans Am Nationals during the 1970 and 1971 seasons. After his retirement from racing he was inducted into the AMA Motorcycle Hall of Fame. 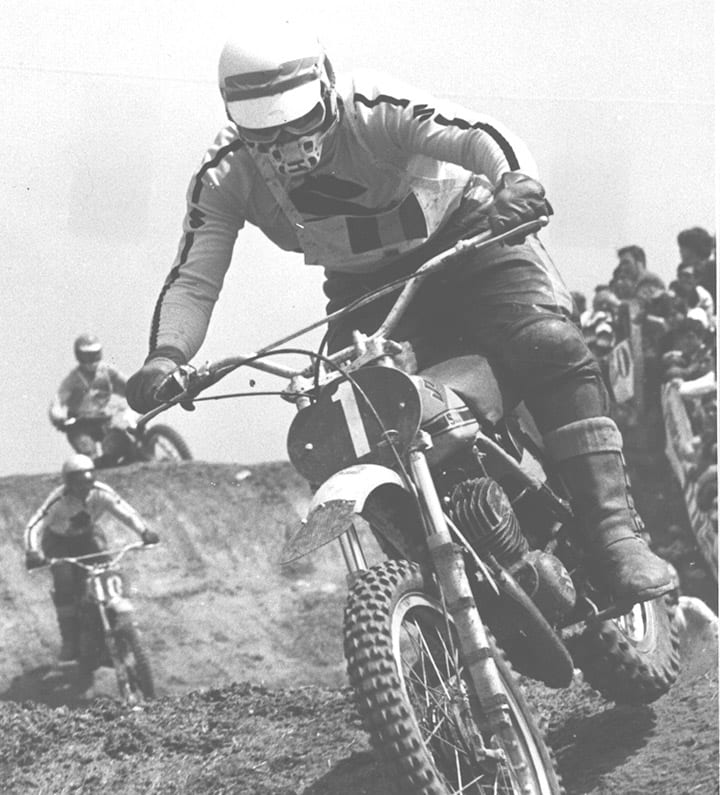 He was at the origin of the “Coupe de l’Avenir” and the “12 Heures de la Chinelle” events in Belgium and later acted as team manager for the Belgian team for the FIM Motocross of Nations with victories in 1997 and 1998.

The FIM Family extends its sincere condolences to Joël Robert’s family, friends, to the Belgium Motorcycling Federation and those fortunate enough to have known him. Joël will be sorely missed.