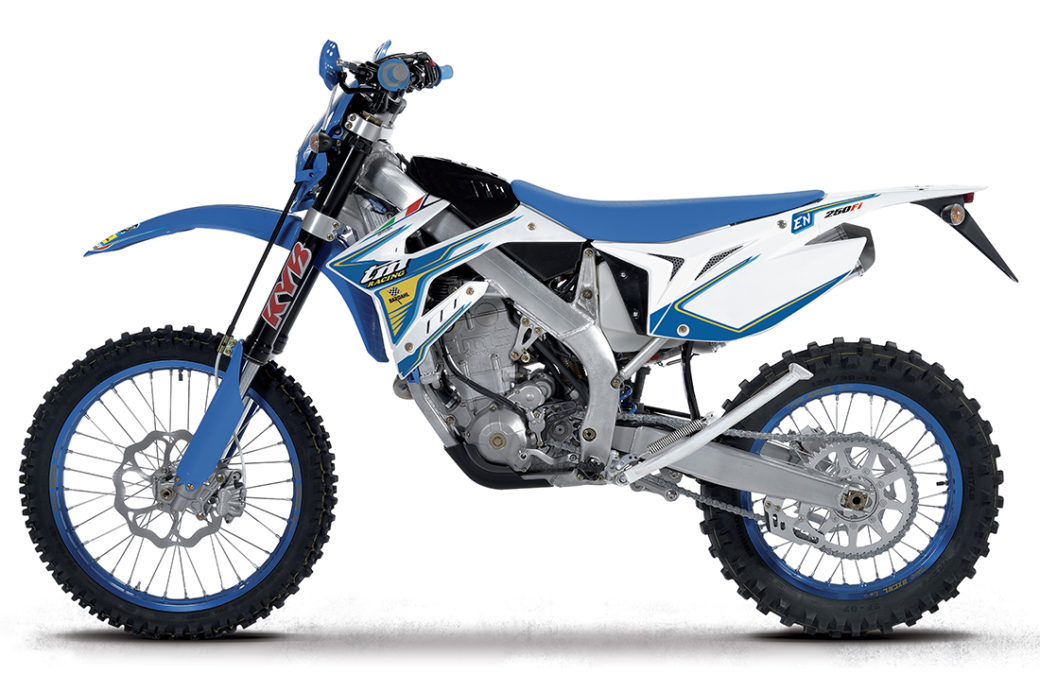 TM Racing celebrates its 40th anniversary model year with a whole host of new updates to its already extensive range.

It also introduces a new model – a 300cc fuel-injected four-stroke machine – that will no doubt be a massive hit with the enduro market that craves these ‘irregular’ capacity bikes.

The small Italian manufacturer has hit the world stage with a bang this year and achieved some outstanding results against the massive big-budget competition.

All that’s been achieved on bikes which are very little changed from the production models.

It’s incredible for a factory with around 50 employees who not only assemble the bikes but make so many of their components in house.

TM Racing has a catalogue of bikes to suit everyone with a comprehensive range of two-stroke and four-stroke engines in motocross, enduro, supermotard and even flat-track trim.

It has all bases covered from the class-leading, revolutionary aluminium-framed 85cc Junior models to world championship dominating 450cc SMX 4-strokes.

For 2017 it has taken what are already some of the lightest and most powerful bikes on the market and improved them even more.

The team of engineers at the small Pesarese factory has developed, tested and adapted ideas from its production-based ‘Factory’ machines to its new model range to decrease overall mass, optimise handling characteristics and give the best overall engine performance.

TM Racing’s legendary specification of component parts, many of which are machined in-house from billet aluminium, are matched with components from some of the best names in the business and assembled to form not only beautiful machines made to exacting standards but ones that are outright world class performers, and winners.

Weight reductions on all adult models have been achieved by using new component part designs in the construction of the aluminium frame alongside other ancillary components to result in an overall reduction in weight and weight balance of the main chassis assemblies.

Also for 2017 there are numerous revisions and changes to the engines and their ancillary components, all designed to enhance performance of the engines to provide better power characteristics throughout the rpm range, maximising overall power, torque and most importantly the delivery and control of it.

These new lighter chassis assemblies and engine revisions are finally matched to new internal suspension settings for both the forks and shock absorbers, each unique to a every model, to give the 2017 range class-leading performance.

More information on 2017 model range and model specifications can be found at on the TM UK website.