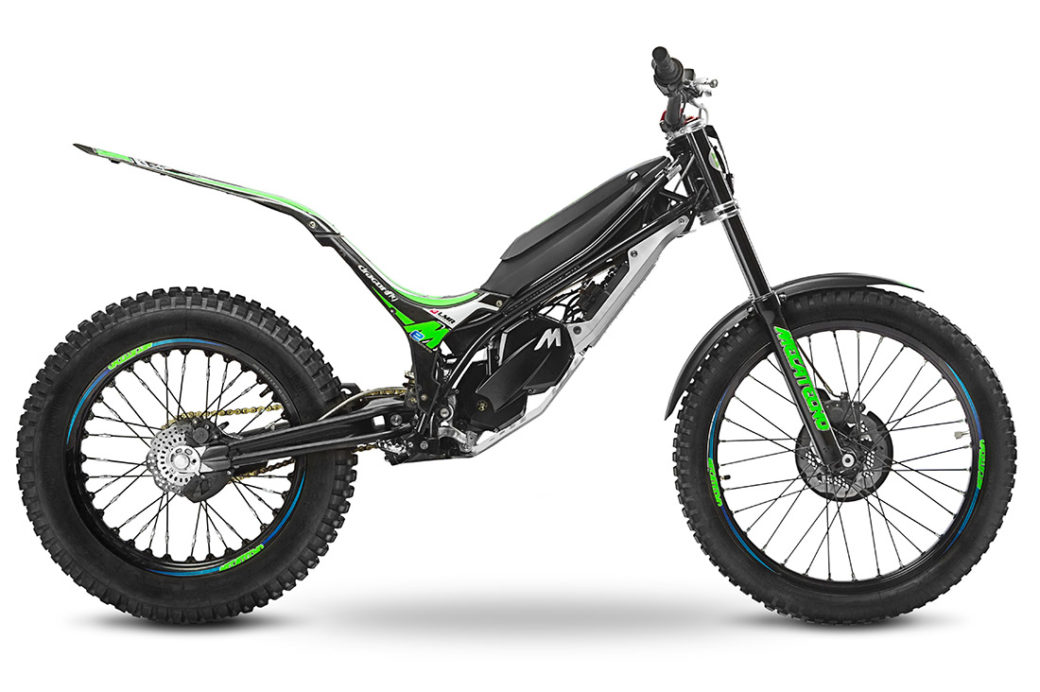 Since the launch of Mecatecno into the Electric Market in 2011 the factory and Caroline Sandiford of Jim Sandiford’s have worked tirelessly to establish the brand.

They always knew that it would be a fair task pitching against the market leaders but heart, soul and a belief in their products gave them the drive.

With a ‘tip of the hat’ to the models of the past the new model to be launched in the UK in the next few months referred to as the Dragonfly has always been the goal.

It’s been two years of ‘almost there’ but at this year’s Dirt Bike Show they will launch the T18 model.

With a 21″ front wheel and 18″ rear wheel, lithium battery, a clutch and two gears and weighing in at an incredibly light 57kg it really is sparking a huge amount of interest.

In fact the pre-production bike competed at short notice in the inaugural Trial Electric World Championship in France in June of this year, finishing a very creditable second place on its debut.

With a bike on display ayt this year’s Dirt Bike Show, Caroline is undoubtedly very excited…

“We’ve been waiting for this model for a while but did not want to launch until we were sure it was absolutely ready.

“With three base models in the range we have been building and building the brand awareness for six years now.

“Committed and passionate, I’ve been lucky to see glimpses of the development and also to be there when it was debuted in France at the World Electric Event in June.

“It was very, very emotional for me to see it on the podium. I have a son but this is another baby, going out there and doing great!”

To expand the brand in the UK further and give customers in both the north and south of the UK a base to view, Sandiford’s have appointed two Prime Dealers – Sandiford Off-Road, based in Burnley in Lancashire and P and J Vehicles of Latchingdon, Essex.