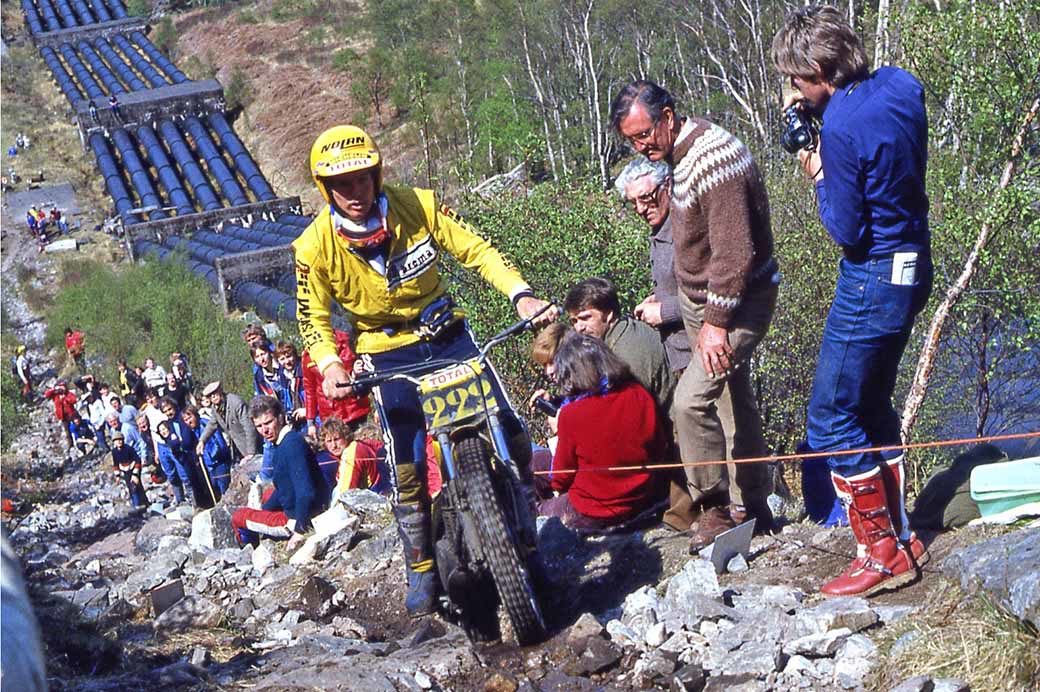 Bernie Schreiber will be guest of honour at this year's SSDT

Bernie Schreiber, winner of the 1982 Scottish Six Days Trial and still the only American and non-European to take victory in the event has been confirmed as the Guest of Honour for the 2020 Scottish which will take place Monday to Friday, May 4-9.

The 1979 Trial World Champion, who now lives in Zurich, Switzerland, will return to Fort William for the first time since his historic victory having retired from trials in 1987 and embarking on a successful business career.

Bernie, who will also be competing in the Pre-65 Scottish Two Day Trial, said: “I’m honoured to attend the Scottish Six Day Trial in 2020.

“It’s a real privilege to be guest of honour at the 110th edition which marks my first return to beautiful Fort William since winning the event in 1982 on SWM.

“When looking back on the highlights of my trials career, the traditional and historic SSDT event remains the crown jewel in the sport of trials.

“It was always a test of reliability and a lifetime ambition to win the event, but being the first and still the only non-European to win holds a special place in my heart.

“This year will mark a very happy place to be, with friendly people in a friendly country of tradition and rich trials history.

“A very special thanks to the Edinburgh & District Motor Club for this invitation and their continued support to the sport of trials.”

Bernie will lead the now traditional parade through Fort William following Sunday scrutineering and will be the event’s official starter on Monday, May 4.