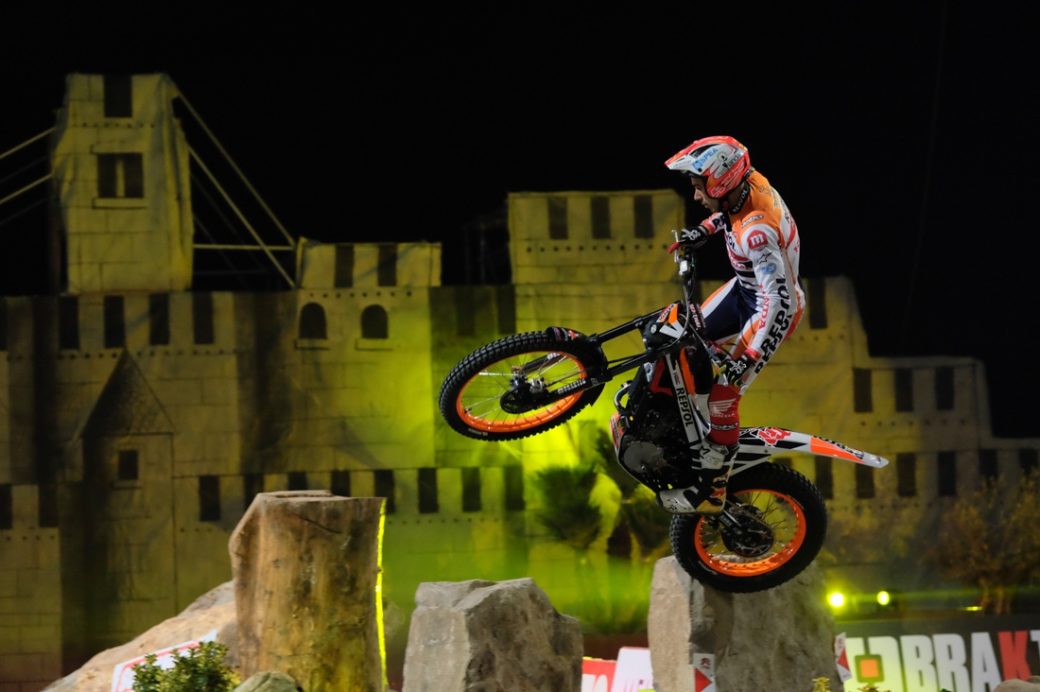 The event – amazingly – celebrates its 40th anniversary in 2017.

Originally staged in the city’s Palais des Sports before moving to its current home in the Palau Sant Jordi in 1992 – the stadium built for the Olympic Games of that year – that first event back 1978 saw a home win for Barcelona boy Jaime Subira.

American Bernie Schreiber won the next two editions before Toni Gorgot put the home nation back on top in 1981.

Belgium’s Eddy Lejeune then took a hat-trick, his run eventually stopped by Andreu Codina which began an amazing sequence of Spanish victories, with only Italy’s Diego Bosis – sadly no longer with us – in 1987 and British legend Dougie Lampkin (1998, 2000 and 2001) preventing a total whitewash by home riders.

The great Jordi Tarres first won the event in 1986 and then from 1988 until 1993 he was unbeatable in Barcelona, amassing six consecutive wins.

Jordi held the record of seven victories until Toni Bou won for the eighth time in 2014.

The Dibsta will have to be on top form to  challenge the dominant Catalans on home turf.

But his return to Gas Gas has injected a renewed drive and first time out on the Gasser at Sheffield 2017 saw him riding confidently right from the off.

The Barcelona sections are traditionally brutal with massive vertical steps often bringing riders to a halt within inches of the ‘Ins’ cards.

But give Dibs half a chance of some technical hazards and he can take the trial to the locals.

Here’s hoping he gets that chance.

The holder of 10 straight X-Trial titles Bou is looking to extend that phenomenal run to 11 in 2017.

But with there being just four rounds, anything can happen and the Championship is certain to go the distance so any DNF for any contestant would have a major effect.

There’s a lot of pressure and Raga in particular will be keen to ramp that up to his advantage.

Bou got really rattled at Sheffield, which wasn’t even a Championship round this year – and you can be sure that Adam will have noticed that.

If all goes to form Toni will romp home – but life isn’t always like that.